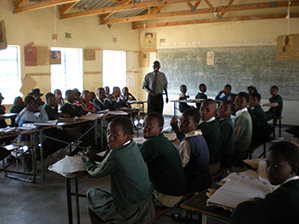 IN the then Rhodesia (Zimbabwe) technical and vocational education was racially divided, with some institutions offering training to white students only.
The Salisbury Technical School (now Harare Polytechnic) was established in 1926 and indigenous people were barred from enrolling into any of the programmes offered.
1957 saw the establishment of the University College of Rhodesia and Nyasaland, (now the University of Zimbabwe).
Since the education policies of the colonial authorities were selectively designed to serve the interests of the white male-dominated socio-economic order, only a negligible proportion of about 0,2 percent of all indigenous students who were academically qualified for university education were selected (albeit carefully) to enter the university system.
The limited access to higher education was consistent with the colonial government’s disinterest in African education and its fear of promoting competition for jobs between racial groups.
Under the new policy of 1966, not more than 37,5 percent of primary school graduates were channelled towards a four-year poorly designed and planned vocational-oriented junior ‘F2’ secondary education.
The remaining students were sidelined in formal education and were thus expected to use the informal education sector.
Therefore, the participation rates for the majority of the indigenous population remained low at both primary and secondary school levels.
The aim of this colonial project was to ensure that no more than 12,5 percent of Africans completed four years of academic education – thus guaranteeing African subjugation under white rule.
By the 1970s, only 43,5 percent of indigenous African children attended school, with only 3,9 percent enrolling for secondary school, since funding was allocated disproportionately, with more to white schools; where only one percent of white children were allocated 99 percent of the total Government’s spending on national education.
At that time, most of the indigenous people in the country lacked the resources to enable them to attend secondary education.
Since then, the education system has expanded.
There is still a huge discrepancy, however, between the private and Government-funded schools.
By the 1990s, primary schooling was almost universal with over half the students attaining secondary education.
Zimbabwe’s education system was divided between African and European schools.
The Education Act of 1979 regulated access to each category of school through a zoning system based on residency.
After the promulgation of the Act, the education system was divided into Government schools, community schools and private schools.
Government schools were further divided into three divisions called Group ‘A’, ‘B’ and ‘C’.
Group ‘A’ schools that offered highly trained teachers and a quality education were historically attended by white students.
Although the 1979 Education Act was adopted at independence, it soon underwent various amendments and was finally replaced by the Education Act of 1987, which abolished all modes of discrimination.
With the attainment of independence in 1980, backed by the National Constitution of Zimbabwe, education was declared a basic human right by the then Prime Minister Cde Robert Mugabe.
This resulted in greater school enrolment.
In 1980, under Cde Dzingayi Mutumbuka, Zimbabwe’s first Minister of Education and Culture, many important educational developmental reforms were implemented, including guaranteed universal education for all Zimbabweans, particularly at primary school level, where traditionally, parents sent boys to school at the expense of girls.
This anomaly resulted in the literacy rate being 90 percent higher for males and 80 percent among females; according to the United Nations Girls Education Initiative, (2010).
Primary school enrolment has increased each year since independence in 1980.
Enrolment increased from
819 586 in 1979, to 1 235 994 with the abolition of primary school fees that year by the Zimbabwean Government; to 1 310 315 in 1981 and 2 216 878 students in primary and secondary education by 1985; 2 469 219 in 1986.
By 2014 there were 3 120 000 registered students; with 93,9 percent in primary level; 47,2 percent at secondary level and 5,8 percent at post-secondary.
The screening process that existed between primary and secondary schools during the colonial era was abolished to enable the majority of primary school graduates an opportunity to receive secondary school education.
As a result, secondary school enrolment increased from
62 000 students in 1979 to
659 934 students by 1986.
At the end of the first six years, the secondary, tertiary and higher educational systems were stretched beyond capacity, requiring a large share of the national budget.
This resulted in a shortage of available places for children, resulting in strict competition for the few that were available.
Coupled with limited infrastructure, schools were obliged to expand their human resources to serve as many children as possible by introducing ‘hot-seating’ – a practice of offering tuition to half of the students in the morning and to the other half in the afternoon.
Since 1980 Zimbabwe has attempted to change the inherited educational policies, considered to be inappropriate to the nation’s adopted colonially-centred educational ideology.
Post-independence educational policies in Zimbabwe have been influenced mainly by the ideological goals of national policy and by the demands of an inherited colonial capitalist infrastructure.
Beginning in the 1990s, there was an increased emphasis on creating research-based curriculum development and the improvement of teacher-effective use of materials through the Curriculum Development Unit (CDU) within the Ministry of Education, Arts and Culture which co-ordinates (subjects) areas of learning, panels of teachers, education officers, representatives from teachers’ associations, universities and other interested parties and individuals.
The introduction of the Education Act of 1996 and the Disabled Persons Act of 1996 furthered non-discriminatory policy by requiring that all students up to Grade Seven, ‘regardless of race, religion, gender, creed and disability, have access to basic or primary education’.
With an estimated 300 000 challenged school-aged children in Zimbabwe, the Act provided the right to education for all students in Zimbabwe, including those with disabilities.
In 2004, an amendment to the Education Act was made addressing and promoting gender equity in Zimbabwean education.
Dr Tony Monda holds a PhD in Art Theory and Philosophy and a DBA (Doctorate in Business Administration) and Post-Colonial Heritage Studies. He is a writer, lecturer, musician, art critic, practising artist and Corporate Image Consultant. He is also a specialist Art Consultant, Post-Colonial Scholar, Zimbabwean Socio-Economic analyst and researcher.
For views and comments, email: tonym.MONDA@gmail.com