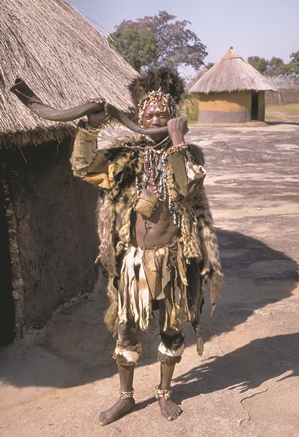 THE lands in Southern Africa were known as paradise and Adam and Eve were usually depicted in these areas.
The ancient Egyptians called Southern Africa, the land of the gods/ spirits because that is where the first humans lived.
Another very important thing is that the map shows Jerusalem as the centre of the world and most of the castles of that time could be found in Africa.
Europe at this time had no castles painted in their lands because the black Muslims were yet to construct them there.
On several maps, there is also the depiction of a great king in Southern Africa.
This king is shown in a place with great castles.
He wears a turban and keeps a beard just as many Muslims do.
In some of the maps, there is evidence of attempts to whitewash this Southern African king, but he was clearly black.
The black Muslims who made use of this map were known as the Moors in Europe and the existing copies I have managed to see were designed between 1000 CE and 1400 CE.
In Southern Africa around 1300 CE, the Great Zimbabwe monument was built. This may have been one of the great castles depicted in the ancient maps.
Seeing that throughout the reign of the Moors, there were emirs (Muslim rulers) governing the whole Muslim empire, it would not be farfetched to link this great Southern African king to the ‘Changamire’ of Zimbabwe.
In Zimbabwe, the word ‘Changamire’ means leader.
However, Changamire is neither a Shona nor Ndebele word.
The meaning of the word is known to us by inheritance because there were times in Zimbabwean history when there were rulers who were known by that title.
The word Changamire is actually a combination of two foreign words; ‘zhang’ and ‘emir’.
Zhang is Chinese for senior and ‘emir’ is Arabic for ‘Muslim ruler’.
This linguistic phenomenon is not estranged to eastern and Southern Africa as there has been long-term contact between us and Arabia and Asia stretching for times immemorial.
The language known as Swahili comprises of words from different languages which were combined to form a Creole with words of a similar nature to ‘changamire’.
When the Portuguese first arrived in Eastern Africa in the mid 1500s they found the Mutapa State at Great Zimbabwe.
The Portuguese had initially mistaken them for runaway Moors (black Muslims of Europe) until they realised that it was an indigenous community that was spread out in Eastern and Southern Africa.
The kinsmen and descendants of the Changamire (Senior Muslim ruler) were traders and were known as vaShavi and vaSena.
They were popular among the other Africans because they brought cloth and beads to the interior.
In the 1600s the Mutapa Empire fell to a descendant of the Changamire. This man was not a Rozvi (Moyo) as were many of the Mutapa kings, but he was a descendant of the original builders of the stone monuments.
When Goncalo da Silveira tried to convert the Mutapa State to Catholicism, it was the descendants of the Changamire who warned them against accepting such a thing and their counsel eventually led to Silveira being killed.
The Changamire dynasty became the last greatest Southern African civilisation before the scramble for Africa in the late 1800s.
Rozvi meant fighters and Changamire mobilised his kinsmen and the rest of the indigenous peoples of Zimbabwe against the Portuguese.
This historical event prevented Zimbabwe’s colonisation by Portugal.
The descendants of Changamire had succession disputes which eventually weakened their kingdom and led to the Changamire dynasty’s demise.
The vaRemba and vaSena people are still known as vaShavi today and they still have a Venda offshoot in South Africa.
They were called vaRemba after they moved to Mberengwa and the Lemba in current day South Africa are simply vaRemba people who migrated further south. In South Africa, these Lemba people were behind the Machema and Mapungubwe civilisations.
In Mapungubwe the vaLemba smelted iron, copper and gold.
The Karanga speaking Remba are called Zhou, the Ndebele speaking are called Ndlovhu and the Venda speaking ones are called Ndou.
Another thing which connects these spread out Remba communities is the oral history and unique culture.
The Sena, Remba and Lemba communities do not eat pork and mice.
They also have initiation ceremonies which they have observed since ancient times. The original clan and family names of the Remba people are also not from Southern Africa.
These include names like Sadiki, Jama, Hamisi and Haji which are considered peculiar in Zimbabwe, but can be found as common names in places like Sudan, Somalia, Ethiopia and Arabia.
The Remba community is directly related to the Sena community of Malawi and the Falasha community of Ethiopia.
When the whites finally colonised Zimbabwe, the Remba went into hiding because they were the key targets of the white oppressors.
The Remba had been known for possessing spiritual powers and many of them were the priests and prophets of olden times.
The Shona words for priest and prophet were ‘n’anga’ and ‘ndlozi’ and these titles were very much associated with the Remba.
When in combat, the Remba were indispensable and they called upon Mwari to fight for them.
Chaminuka was a descendant of Garawe Zhou, whose son Tsuro changed his last name to Rwizi after fleeing from his Zhou brethren who wanted to kill him. These are manifestations of Christ (Anointed one of God) or the Buddha (Enlightened one) in Southern Africa and in these lands, they carried out the same work as Yahshua and Muhammad.
The n’anga was the greatest resistance to European colonisation and the whites would usually take the head of the n’anga they would have defeated so as to examine why they were so powerful.
After conquering the blacks, the whites took all the Remba strongholds which included several mines like Zvishavane and Musina (Messina).
Whites even stole Remba names like mulungu.
The whites now desired to be called varungu.