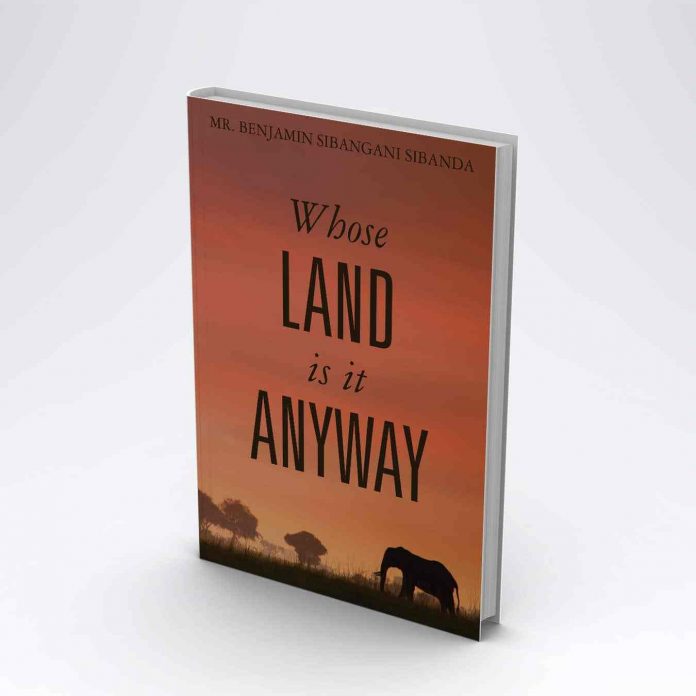 WITH a back-story set in the 1970s for most characters in the book Whose Land is it Anyway, when Zimbabwe was still under colonial rule, it makes it easier for the reader to follow the development of the characters’ lives from pre-independence to the year 2000.

We are shown how white folk’s lives were not affected by losing Rhodesia.

Financially, they remained well-off, while the black majority were left to wallow in poverty in the rocky, dry terrains of the beautiful, gold and diamond infested rich land of Zimbabwe.

However with the growing population, it was only a matter of time before people became suspicious about the farm next door with good soil and lush grass for cattle to feed on.

Jacques Venter makes no apology about enjoying life in the new Zimbabwe; at one point he even boasts: “If we had known that they were after the mansions, and the Mercedes Benzes we’d have given them.”

He concludes by saying: “These people are not interested in farming whatsoever, and the majority are happy working for us.”

Little does Venter know that something was already brewing across the fence in the black community; that the independence euphoria was fading and soon the real question was going to be addressed with far much more force than it had been addressed thus far (between 1980 and 2000).

What did we go to war for?

And when Chief Juru and his people decide to invade the Nicholsons’ farm, the act is brought up before parliament.

Here we are introduced to the ruling party, the Zimbabwe Patriotic Alliance (ZIPA) and the opposition party the Movement for Democracy (MFD).

Well, it doesn’t take a rocket scientist to decipher that even though this is a work of fiction, ZIPA is ZANU PF and MFD is MDC.

Over and above that, we have the president of the country who, when he hears of what Chief Juru has done, finds himself challenged by the pending problem yet is in no way confused as to what he is supposed to do. Even though he knows that it would spark a ‘war’ with the West and eventually an economic one.

In a speech to his cabinet, he says: “When our gallant sons and daughters took up arms, having been forced to do so by the failure of our white oppressors to accept that we needed to be able to determine our own destiny; when our young people left the comfort of their homes, the warm embraces of their families, when they gave up on their education and went across our borders to train as freedom fighters; to live in primitive harsh conditions and to come back and engage a better trained, better equipped and better backed-up enemy, it was not so that we could go and live in Borrowdale and Mount Pleasant and Glen Lorne, it was not so that we could go and play golf like the whiteman; it was because we wanted our land back. The war, my friends, was about the land.”

The Juru people camped outside the Nicholsons’ farm and the white family frantically called the police for assistance.

The Nicholsons were relieved to see the police arrive.

But when the police did not remove the Juru people from the Nicholsons Farm, it finally dawned on the white community of Macheke that they were now entering a new era in Zimbabwe’s history.

Even the opposition party, the MFD secretly takes part in the land redistribution programme.

Author Benjamin Sibangani Sibanda said the idea behind the book was to put faces to a story that was often told in generalisations — like ‘white farmers’, ‘war vets’, ‘landless peasants’ and so on.

The book seeks to show that participants were human beings with feelings, hopes and fears.

The story of the events that transpired during the Fast Track Land Reform Programme is yet to be told on an international scale and if Whose Land is it Anyway gets funds to develop it into a television series, the issue would be better understood.