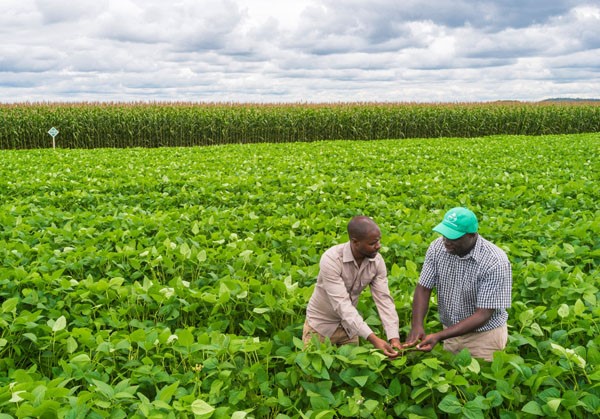 THE creation of two farm categories       (A1 and A2) from the Fast Track Land Reform Programme carried out in 2000 resulted in a far-reaching transformation of the nation’s agrarian land structure and a fundamental change in the people’s livelihoods.

However, many independent critics viewed the land redistribution programme that later became branded as the ‘Fast Track Land Reform Programme’ (FTLRP) as an unruly process that did not redistribute land within the judicial framework since many white farms were given ultimatums to vacate their farms.

One hundred and fourteen thousand, eight hundred and thirty (114 830) households were recorded by the Ministry of Land, Agriculture and Rural Resettlement to have physically moved and resettled on 4,37 million ha of land.

As political violence continued, at least 48 people were killed in 2001, in connection with the land reform programme; while harassment and intimidation escalated by the end of the year and continued into 2002.

The legal framework governing land acquisition had to be amended significantly to take into account the rapidly changing policy environment in which the Fast Track Land Reform Programme was being implemented.

The Constitutional Amendment Number 16 of 2000 placed the financial obligation of paying compensation for any improvements on the acquired properties squarely on the shoulders of the British Government.

Similarly, the Land Acquisition Act underwent changes to ensure conformity with the new provisions of the Constitution.

The Rural Land Occupiers (Protection) Act was also enacted to protect land occupiers on land that was not yet acquired by Government.

The allocation of land was carried out on the basis of a formal application.

This included the submission of a business plan and the vetting of applicants in terms of qualification, capital availability and investment criteria.

At the centre of the redistribution/relocation process were two main models; one known as the A1 scheme.

This focused on the smallholder producer, either as a community arrangement or small self-contained farms.

The A2 farms focused mainly on large-scale commercial agricultural production.

Around 25 000 medium-scale farms of the A2 schemes were allocated to new land owners. These ranged in sizes from about 20 ha, especially with irrigation in dry areas, to over 500 ha.

This resulted in a new agrarian structure, that has also been complemented by a huge increase of smallholder agriculture.

As with other African countries, medium-scale farms were, in general, perceived as potential drivers of future agricultural growth for Zimbabwe.

With this in mind, the A2 farms, averaging 100ha, were the major focus of Government’s policy attention with the hope vested in them of becoming productive in future years, as attempts were made to resuscitate the productive commercial farming sector.

By 2006, significant land acquisition and transformation of the agrarian society had taken place; transformed by the FTLRP, and the politics surrounding it, with an important effect on our understanding of land and land reforms globally.

In 2008-2009, according to estimated official figures, the Fast Track Land Reform Programme allocated to new farmers over 4 500 farms that made up 7,6 million ha, or 20 percent of the total land area of the country.

By 2011, the formal land re-allocation across the country, since 2000, resulted in the transference of land to nearly 17 000 households; excluding informal settlements outside the official Fast Track Land Reform Programme (FTLRP).

The two main models at the centre of the land reform process were one focused on smallholder production (A1 scheme) at either village level or as small self-contained farms; and the A2 schemes administered under the Agricultural Land Settlement Act (Chapter 20:01), that focused on commercial production at a relatively larger scale. which since 2000, has resulted in a radical change in the nation’s agrarian structure.

The A2 model scheme was envisioned by Government to increase the participation of indigenous Zimbabwean farmers in commercial farming through the provision of easier access to land and infrastructure on a full cost-recovery basis.

The A2 model was aimed to empower indigenous Zimbabwean entrepreneurs through access to land and inputs and to close the gap between the white and indigenous commercial farmers.

The land was issued on a 99-year lease.

Land being allocated by Government was as follows:

λ small-scale commercial farm: from 20 ha in Agro-ecological region (AER) I to 240 ha in AER V;

There were, however, also some large‑scale commercial farms located in AER III, IV and V; these were predominantly livestock and game ranching farms. Beneficiaries under the dominant A1 model received five hectares of land for cultivation, depending on the natural region, 25-85 ha per family being set aside for grazing.

Many war veterans, prior to the land invasions, were poor, small-scale farmers in their rural areas and had long-dropped their ‘war veteran’ identity.

Many of those who led the land invasions were able to secure land in the A1 self-contained plots, but many were sidelined in the allocation of larger A2 farms.

A ‘scheme’ comprises a number of plots allocated to individuals who shared infrastructure in the form of irrigation equipment and roads.

In addition, unallocated land was designated state land and was reserved for public infrastructure such as schools and service centres.

The boundary of a ‘scheme’ was determined by the farm’s original boundary before the land was compulsorily acquired.

Planning for the farms took into consideration the resources within the boundary (rivers, forests and roads) while the former farmhouse was a focal point for the scheme.