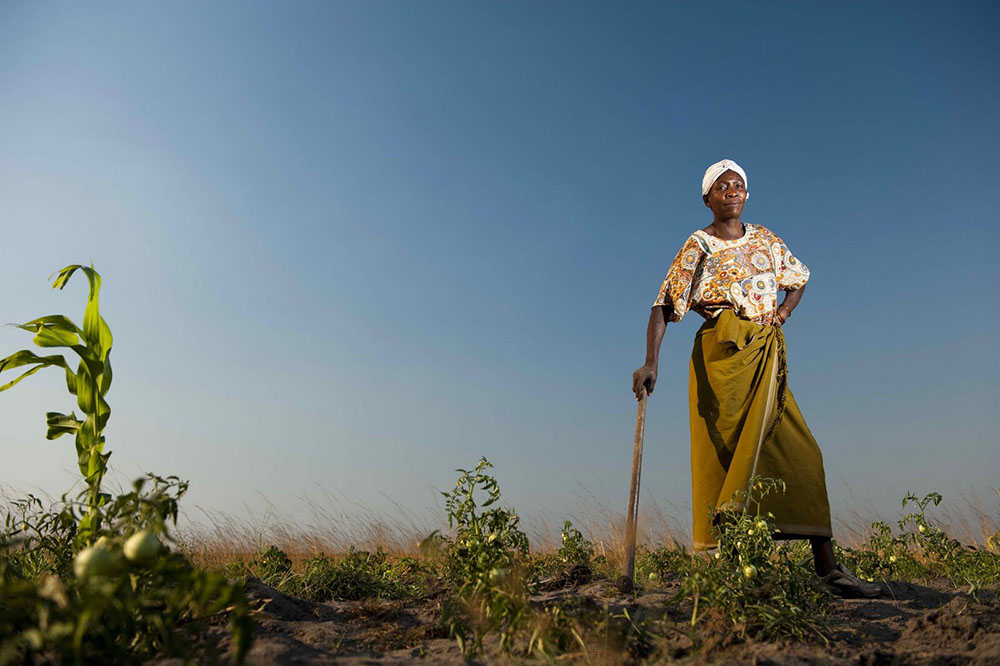 TWENTY EIGHT African states ratified or acceded to the Convention on the Elimination of All Forms of Discrimination Against Women.

This is one of the most important international treaties articulating the equal rights of women and men in all areas of life, paying special attention to rural women and explicitly referring to women’s legal status in terms of land and agrarian reform. (United Nations, 1991)

Together with Zimbabwe, the majority also have national constitutions guaranteeing the equal rights of men and women as well as other supporting legislation on the status of women in particular sectors.

However, the existence of national legislation and international conventions does not necessarily guarantee their implementation as both women and men, especially in rural areas, are frequently unaware of such rights.

In many countries, discriminatory legislation regarding inheritance and land rights remains, and the coexistence between customary and civil law continues to have negative implications for rural women.

Discriminatory legislative measures (in Benin for example), persist in the social, economic and political domains.

Social and civil legislation is strongly influenced by tradition and customs as women continue to be required to seek their husbands’ written authorisation in certain areas (family planning) and have very limited land use rights.

In the Congo, in spite of the family code (1984) which stipulates that one of its objectives is to emancipate women, women and children often find themselves homeless after the death of the husband and, in most cases, women are required to have their husbands’ authority to carry out income earning activities.

While the Moudouana (which governs personal status) was revised in 1993 to protect women’s rights in terms of marriage and divorce, other discriminatory legislation continues to exist, including codes under which women’s work contracts must be submitted to the husband for approval, and the commerce code which also places women’s freedom to exercise a liberal profession under the husband’s authority.

In Namibia, the Constitution guarantees equal rights for women and provides for affirmative action to redress past imbalances.

However, the Constitution also states that all in force at independence remain in force until repealed or amended by Parliament, including customary and common laws, as long as they do not conflict with the Constitution or statutory laws.

Thus, many discriminatory laws remained in many parts of Africa.

For example, some discriminatory marriage laws greatly limit women’s authority over children, control over property and access to land and credit.

Marriages in community of property (even in civil law marriages) meant that married women could not (still cannot) register property in their own names; they require their husbands’ consent and signature to enter into contracts as well as initiate law suits and are also unable to pledge property as security for credit.

Women in customary marriages are also dependent on their husband’s authority to sell property or enter into contracts.

In Tanzania, the existence of a dual legal system limits legal equality between men and women.

In addition, some gender discriminatory pieces of legislation, such as the 1971 Marriage Act regarding property and inheritance rights, remain in force.

According to customary law, most women in Tanzania do not have rights to land ownership nor to inheritance of family property.

In Zimbabwe, despite extensive recent legislation in favour of women, rural women still have problems in terms of legal access to land, as traditional attitudes and customs have lagged behind such legislation.

Married women have secondary land use rights through their husbands and, upon divorce, must vacate the land.

In many countries, measures have been initiated by the governments and NGOs to remove discriminatory legislation and to increase awareness of national and international women’s rights.

However, the extent to which such measures have been able to reach rural women has varied.

In Namibia, the Law Reform and Development Commission includes a Women and Law Committee which seeks to reform civil and customary law in line with the Constitution.

Projects are also underway to educate women about their rights and ways of asserting them, though there is some concern that they are not reaching rural women.

In the Sudan, legal literacy conferences and workshops have been organised, though the degree to which they have reached rural women is negligible.

In Tanzania, the Law Reform Commission was established in 1983 to address gender imbalances, to study the legal aspects contradictory to constitutional rights and to recommend appropriate changes.

However, the law of succession and inheritance, which impinges on women and is detrimental to agrarian transformation with respect to land ownership rights, has yet to be examined.

Efforts to promote a more equitable distribution of land culminated in the creation of the Land Reform Commission, whose report on land awaits discussion by Government and Parliament.

The Government has also initiated radio programmes on legal rights and procedures, while NGOs’ initiatives include legal aid clinics and legal literacy campaigns.

In Zimbabwe, several important legislative measures have been introduced in the last 10 years to enhance the status of women, including the Matrimonial Causes Act which empowers the court to equitably divide and reallocate property upon the dissolution of marriage through divorce (previously customary law had been applied).

Similarly, the Deceased Persons Family Maintenance Amendment Act makes it possible for a widow to claim a share of the estate of her husband on the basis of her contribution to its acquisition and entitles her to enjoy the use of crops and animals in the same way as was done prior to her husband’s death.

In addition, the Deeds Registries Act has made it possible for women to have equal rights with married men in regard to acquiring immovable property, including land (previously a husband’s consent was required for all land purchase transactions).

Since 1985, various NGOs working on legal literacy in rural communities have also been formed.

While a considerable amount of progress has been made in guaranteeing women’s equal rights with men in terms of access to productive resources, in many countries, further work is needed both in terms of passing legislation which protects women’s legal rights and in enforcing those rights through mass education campaigns, especially in rural areas.