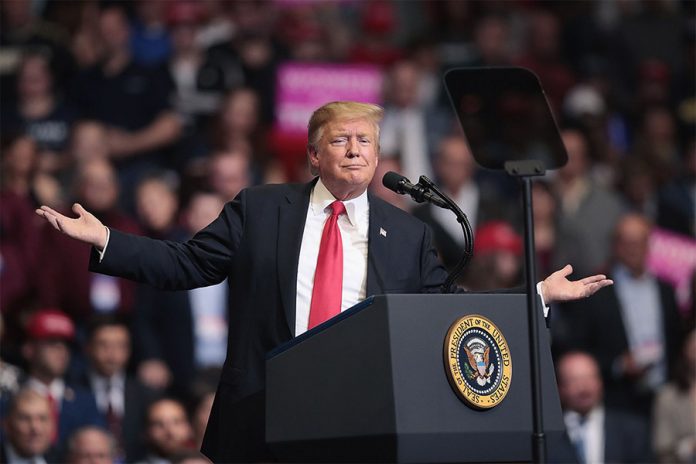 THE late great author, journalist and freedom fighter Alexander Kanengoni stated in this publication in 2014 that there are so many things that we left in the din and dust of our history.

The legendary writer was right in many ways.

This is because, as Zimbabwe celebrates its 39th independence anniversary, there is an overwhelming, inescapable feeling that the liberation struggle narrative has either not been fully captured or is now being neglected and shuffled to the periphery of the many issues confronting the country.

That is the tragedy of our narrative such that even when the likes of former US Ambassador to Zimbabwe Charles Ray and almost all Western envoys who have served in Zimbabwe try by all means possible to make us forget our history, when they glorify theirs year-in year-out, we have remained mum.

The West is still relentlessly trying to make us forget that past and, with it, our future as well.

Indeed there are many things that we left in the din and dust of our history, such as forgetting that legendary musician Leonard Dembo died on April 9 1996, with the anniversary of his death going largely unnoticed.

We forgot and failed to honour him as a country.

Yet many things are yearning for our recognition as well.

But it is the war of liberation that we are celebrating today, whose significance cannot be ignored. Central to that was the land issue which has seen over

As thousands of young men and women took to Mozambique, Zambia, Tanzania, China, Russia and many other countries to receive military training, what was indisputably supreme in their minds was the issue of land.

They were hungry for land.

And the free and independent Zimbabweans are still hungry for land.

The 39th anniversary comes on the back of serious debate on the issue of compensation of white commercial farmers who lost ‘their’ land during the Land Reform and Resettlement Programme of 2000.

That programme has been contentious with the West that still naively believe they can reoccupy that land.

But while addressing the ZANU PF Youth League at the Party HQ on Thursday last week, President Emmerson Mnangagwa said the Land Reform and Resettlement Programme is irreversible, stressing that he was simply following the Constitution which states that compensation for improvements on farms is a must.

Zimbabweans overwhelmingly voted for a new Constitution on March 16 2013.

And Section 72 of the Zimbabwe Constitution states that:

“Where land is acquired for public purpose, no compensation is payable in respect of its acquisition, except for improvements effected on it before its acquisition.”

While Section 295 states the only two circumstances where land is compensated for saying:

“…any indigenous Zimbabwean whose agricultural land was acquired by the State before the effective date is entitled to compensation from the State for the land and any improvements that were on the land when it was acquired.”

This is what the President said with regards the issue of compensation:

“For the avoidance of doubt, we fought for land and there is no way we will retract our position with regards the land reform.

“Neither will we betray our fellow comrades who lie in marked and unmarked graves who paid the supreme sacrifice for this land,” said the President.

The 39th anniversary also comes on the back of increased and continued open aggression from the West.

While the West has been speaking glowingly about reforms by Government, the reality is that the West is never happy with African Governments policies that empower indigenes.

The late Libyan leader Colonel Muammar Gaddafi empowered his people and was eventually ousted in a bloody ‘coup’ through a NATO-sponsored illegal invasion of his country.

While Libya is now a purported ‘democratic’ country, the inescapable reality is that it is in shambolic ruins, with chaos reigning supreme in that once one of the world’s developed countries.

Zimbabwe cannot, and will never, go through that route if it remains on the anti-imperialist pedestal that it has adopted since 1980.

The 39th anniversary has been accompanied by reports that Britain, our erstwhile coloniser, is contemplating imposing fresh economic sanctions as it readies to leave the EU.

In February 2002, Britain accosted the EU to slap Zimbabwe with illegal economic sanctions over the Land Reform and Resettlement Programme.

On December 21 2001, the US imposed sanctions on the country, also over the land reclamation drive.

In a note published on its website on March 21 2019, Britain says its sanctions on Zimbabwe must continue working ‘effectively’ as it readies itself to leave the EU in October 2019.

“…the Zimbabwe (Sanctions) (EU Exit) Regulations 2019 are intended to ensure that certain sanctions measures relating to Zimbabwe, which are currently in force in the UK under EU legislation and related UK regulations, continue to operate effectively after the UK leaves the EU,” reads the British statement in part.

“When these regulations come into force they will replace, with substantially the same effect, relevant existing EU legislation and related UK regulations.

These Regulations are made under the Sanctions and Anti-Money Laundering Act 2018 (c.13) to establish a sanctions regime in relation to Zimbabwe for the purposes of encouraging the government of Zimbabwe to: respect democratic principles and institutions and the rule of law; refrain from the repression of civil society; comply with international human rights law and to respect human rights.

Following the UK’s withdrawal from the European Union, these Regulations replace the EU sanctions regime in relation (to) Zimbabwe currently in force under an EU Council Decision and Regulation. The Regulations confer a power on the Secretary of State to designate persons who are, or have been, involved in certain activities. Designated persons may be excluded from the United Kingdom and may be made subject to financial sanctions, including having their funds and/or economic resources frozen.

These Regulations also impose trade restrictions on specified goods and technology, including those which may be used to repress the civilian population of Zimbabwe.”

That one of Britain’s legacies of its dreadful union with the EU is ensuring that its sanctions are effective shows how much this country is central to the West’s foreign policies.

It is also indicative of the need for Zimbabwe to remain steadfast on ensuring that its sovereignty is not trampled.

On March 6 2019, President Trump announced that his country had extended its illegal economic sanction on Zimbabwe.

“On March 6 2003, by Executive Order 13288, the president declared a national emergency and blocked the property of certain persons, pursuant to the International Emergency Economic Powers Act (50 U.S. C 1701-1706), to deal with the unusual and extraordinary threat to the foreign policy of the United States constituted by the actions and policies of certain members of the Government of Zimbabwe and other persons to undermine democratic processes and institutions.

These actions and policies had contributed to the deliberate breakdown in the rule of law in Zimbabwe, to politically motivated violence and intimidation in that country, and to political and economic instability in the southern African region.

The actions and policies of these persons continue to pose an unusual and extraordinary threat to the foreign policy of the United States.

Therefore I am continuing for 1 year the national emergency declared in Executive Order 13288.”

We have come of age and we should celebrate the many successes that we have notched over the years but we should never forget the sacrifices that were made by our heroes and heroines.