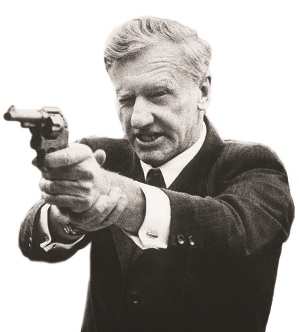 THERE is a dangerous narrative constantly spread by Rhodies, apartheid interests, MDC formations via some newspapers, television stations, radio stations, the internet, mobile phones, churches, schools encouraging Zimbabweans to have short memories.
It says Zimbabweans should never look back at the terrible colonial history, but should instead wipe out from all historical records the horrifying misdeeds of people like Cecil John Rhodes, colonial governments, Ian Smith and his racist Rhodesian Front, Bishop Muzorewa and his puppet government of Zimbabwe-Rhodesia and the atrocities they committed.
That our children in school should instead be taught history of the British Empire, the United States’ rise as a super power, Western values etc.
But ‘MaZimbabwe’, how can we black people in this country forget the sins Cecil John Rhodes, the suffering that racial segregation brought to our country under Ian Smith, when those very misdeeds are still haunting us to this very day?
It is therefore our intention as we build up to independence celebrations that are soon coming up in April to instead of forgetting the colonial past, highlight some of the colonial sins perpetrated against us in the past and relate them to the present problems that are afflicting Zimbabweans.
We shall start by looking at the misdeeds of the Rhodesian chief colonial master Cecil John Rhodes.
This man had the arrogance and temerity of parcelling our land and giving it to his white tribesmen before that racist man had even set his feet in Zimbabwe.
Look what he promised and later gave his so-called English pioneer settlers who came to occupy Zimbabwe in 1890.
“That the British South Africa company (Rhodes company) agrees and binds itself … to grant to every European (pioneers) a farm consisting of 1 500 morgens (est. 3 000 Acres or more) of land in the territory (Zimbabwe) .
“That the said company (Rhodes company) binds itself to grant to the said contractor (leader of pioneers) his heirs, successors or assigns forty thousand,
40 000 morgens in the territory (Zimbabwe).”
Now this parcelling out of our land by Cecil John Rhodes is the real root cause of all the land troubles in Zimbabwe.
However, the Rhodesian racist narrative would want all our children to be taught in schools that the land problems in Zimbabwe was started by liberation war veterans who descended on peace loving white farmers who were quietly tilling their lands throughout the Zimbabwe rural areas!
What utter nonsense.
The problem as we have seen was caused by Cecil John Rhodes who arrogantly took away the black people’s lands and gave them to whites.
We now come to Ian Douglas Smith, the former Rhodesian Prime Minister and his political party the Rhodesian Front.
Racist propaganda would like Zimbabwean children never to know about the racist Ian Smith and his racist Rhodesian government.
But we are not going to be gagged by the racists and the MDC formations.
There was a racist political party called the Rhodesian Front formed in 1962.
The first leader of that rabid racist party was Winston Field who was succeeded by Ian Smith.
What is important for us to understand about our country’s later troubles are the 15 founding principles of Ian Smith’s Rhodesian Front Party.
“Preservation of each racial group’s right to maintain its own identity, the maintenance of the Land Apportionment Act which formalised the racial imbalance in the ownership and distribution of land, job protection for white workers and maintenance of the governments’ right to provide separate amenities for different races.”
Blacks rose up and took up arms and fought Ian Smith’s government in a bitter liberation war as victims of an oppressive racist regime.
Today, the former victims are now the victors, running a peoples government. However, the Rhodesians do not want the children in schools to know that the diabolical founding principles of the Rhodesian Front were the root cause of the war of liberation.
Instead, they speak while rolling their eyes saying the liberation war was due to what they say were ‘terrorists’ who attacked Rhodesia.
But we want to say to our children, don’t be lied to by the Rhodies and their errand boys.
The real terrorists were the ‘Rhodies’ who practised racial discrimination against blacks.
How can people who only created jobs for whites not be called ‘terrorists’?
How can people who treated whites as ‘special citizens’ and blacks as nothing, not be ‘terrorists’?
Just listen to one Eddie Cross who founded the MDC confess that whites were treated as special citizens in Rhodesia.
“My mother could not afford to pay school fees and I would not have received an education if the government of Rhodesia had not treated me like a ‘special citizen’ given me a free education of a very high standard.”
Here we go.
It is therefore important to always remember that the present economic problems bedevilling the country are due to the fact that the Rhodesian Front government treated 95 percent of its population, blacks, as nothing while treating the five percent whites as ‘special’ resulting in them concentrating all the country’s resources, brains and energies, on this five percent minority.
For example, the problem of unemployment in this country is partly due to the fact that it is a legacy from the Rhodesian Front era where because of the philosophy of that party which said the only people that deserved to have jobs created for them were whites.
Employment opportunities that were always created were few – for the five percent and once that percentage was satisfied, the Africans were left to pick up the scraps.
It is therefore not surprising that in the areas where the majority of blacks lived e.g Gutu, Mrewa, Mutasa, Nkayi, Mzarabani, Zaka, Chivhu, Buhera, Zvimba, Chiweshe etc, no meaningful employment creation was ever embarked on.
Now when today people talk about unemployment especially in these areas, the present government is blamed and yet this is a problem going back to the Rhodesian Front days.