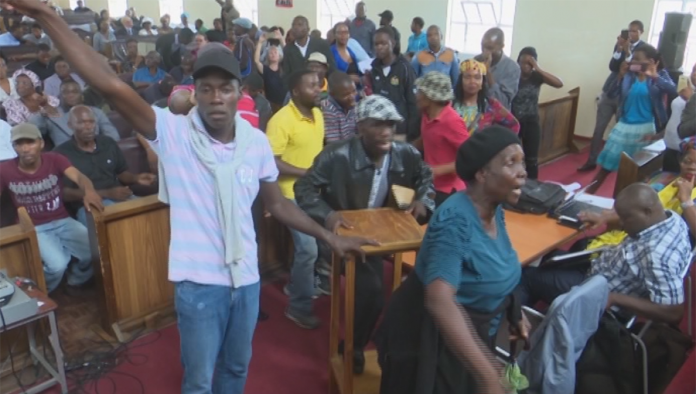 TWO months ago, Government signed into law the National Peace and Reconciliation Commission (NPRC) Bill to operationalise the Commission which was set up in 2016.
Among other things, the Commission is expected to bring about healing and reconciliation in communities with disturbances of the 1980s that happened in Matabeleland and some parts of the Midlands provinces.
The brief period of anarchy known as Gukurahundi led to loss of lives of civilians, security forces and commercial farmers (white and black).
Families disintegrated while some disappeared, never to be seen again
And over the years, calls have been made for all the casualties to come together for healing and reconciliation.
Sadly, the emotive Gukurahundi issue has been hijacked by some elements with hidden tribal agendas.
A lot of people have since commercialised the subject and most of the noises being made are not genuine.
There has been repeated attempts by some politicians, NGOs and the private media to score cheap points using the disturbances.
Regime change agents have not let the issue slide by.
They have also capitalised on the issue as it also attracts handsome funds.
In five star hotel conference rooms, NGOs have been busy organising what are called Gukurahundi ‘public dialogues’.
Politicians who thrive on the tribal card are given platforms along the so-called experts.
They chant and map the way forward with rented crowds in agreement.
Recently Southern African Political Economy Series (SAPES) Trust held a series of the public dialogues themed ‘Gukurahundi: Towards a National Dialogue’ in Harare and Bulawayo.
Ibbo Mandaza’s SAPES Trust has been on the forefront, courtesy funding from Chatham House and US’ National Endowment for Democracy (NED), calling for regime change in Zimbabwe.
Chatham House and NED are organisations well-known for interfering in internal affairs of sovereign states to effect regime change.
Last year, SAPES meetings resolved to create discontent, chaos and crisis at the grassroots to attract the attention of the international community.
Mandaza stressed that in order ‘to make Zimbabwe burn’, there was need to revamp social movements by getting them to influence the rural folk – where the majority is.
And barely a week after the new dispensation, emphasis was now on the emotive Gukurahundi issue.
Centre for Innovation Technology (CITE) director Zenzele Ndebele would not let the opportunity pass by.
Ndebele was the director of Radio Dialogue before it folded due to funding constraints.
The West used pirate radio station, Radio Dialogue, to push its regime change agenda.
Radio Dialogue was also involved in packaging radio programmes on tapes, as well as CDs and distributing them to commuter buses.
The CDs were called ‘Topical Taxi Tunes’ and carried programmes which talked about how Government was ‘neglecting’ the people of Matabeleland.
However, after ZANU PF’s massive electoral victory, the West was reluctant to sponsor tools that it regarded as a failure in implementing its agenda.
The radio station eventually hit hard times and closed shop.
And the emotive Gukurahundi issue is a lifeline for people like Ndebele who had lost relevance.
SAPES Trust together with CITE, Women’s Institute for Leadership Development (WILD) and Zimbabwe Christian Alliance (ZCA), met at Bulawayo Rainbow Hotel to deliberate on the disturbances.
Speakers included ZAPU leader Dumiso Dabengwa, South African author and academic Elinor Sisulu, as well as African Public Policy and Research Institute director, Martin Rupiya.
Rupiya once served as a colonel in the Ian Smith regime.
In all this uproar, the affected were forgotten.
Locals and living casualties from the affected areas were never consulted nor invited for the public dialogue.
The NPRC remains the only hope the affected communities have for their voices to be heard and grievances met.
On his blog, former Catholic Commission for Justice and Peace (CCJP) national director, Nicholas Ndebele wrote:
“..the President just signed a Bill into an Act of Parliament (into law), that will engage in a process of healing, taking into account the feelings, views and suggestions of the communities that were affected.
I find the process of taking on board the views and suggestions of the affected communities more (respectful) of the victims than a media-induced apology.”
The CCJP wrote its own report on Gukurahundi.
Speaking to The Patriot last week, the affected communities in Bhalagwe and Tjewondo in Maphisa said all they seek is an audience.
Spenda Maphosa (72) said he was detained for three weeks at Bhalagwe camp after being suspected of being a dissident in 1984.
“I believe someone snitched on me because I was a ZIPRA trained cadre, had been in Chitungwiza Assembly Point and I chose not to be integrated into the Zimbabwe National Army (ZNA), so they told the soldiers I was a dissident,” said Maphosa.
“I was picked up at Maphisa Township and detained at Bhalagwe camp for three weeks.”
Showing The Patriot scars from shackles on his hands and legs, Maphosa said he managed to escape and crossed into Botswana and later into South Africa.
Maphosa only returned in 2011 to find his wife and children gone, his parents and siblings all dead.
“All that I request is engagement with Government. I was just a victim of lies,” said Maphosa.
“I have long forgiven those who persecuted me.”
Families near Bhalagwe camp said after independence all was well at the camp until 1982, when other soldiers ‘turned’ against