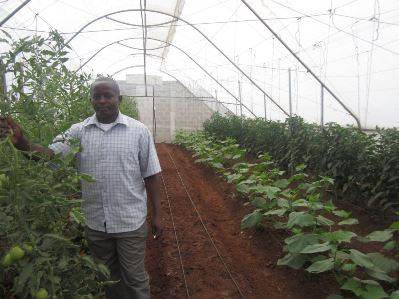 THE quality of Zimbabwe’s horticultural products is set to improve following the adoption by the local industry of an international agricultural group that targets the world market.
The adoption of the Global Good Agricultural Practices (GAP) by players in the horticulture industry will lead to acceptance of local products on the international market, the Zimbabwe Farmers Union (ZFU) has said.
The Global GAP, a code of practice, will see farmers employing high value production methods that produce competitive products.
The main thrust of the code is to ensure food safety of the produce.
Global GAP provides training across the value chain such as pesticide use, post-harvest handling, market-driven production, horticulture marketing information and skills.
In an interview with The Patriot, ZFU executive director, Paul Zakariya said most horticulture farmers by not adhering to best practices were failing to meet international standards and attract lucrative markets.
“The most important thing in horticulture production is to adhere to the requirements of the market,” said Zakariya.
“The quality of the produce should satisfy the market.”
Zakariya said adoption of the Global GAP will make operations in the horticulture sector viable.
“There is need for horticulture farmers to venture into organised agriculture that helps them to grow into large entities,” he said.
“Farmers should plan their production so that they produce for a ready market instead of searching for buyers when the crops have matured or been harvested.
“Most horticulture products are perishable and failure to access markets when the product has been harvested results in crippling losses.”
The ZFU said the country has developed a local GAP that enables small-scale farmers with limited resources to develop and participate on the Global GAP.
“The local GAP is a capacity building programme to develop farmers to produce crops that are in line with the international market,” said Zakariya.
“The local guideline standards will be used to build the capacity of many smallholder producers until they are ready for global standards certification.”
Last year, the ZFU released a 10-year Horticulture Strategic Plan aimed at guiding the development and revival of the sector aimed at restoring the country’s global competitive status in the production of fresh produce.
The export output per annum at the end of the 10-year period is targeted at 100 000 tonnes with a value of US$150 million.
The strategy seeks to increase local production, increase exports and decrease imports.
The strategy will be rolled out through the ZFU Commodity Association and Zimbabwe National Horticulture Producers Association.
The strategic plan’s main objective is to increase the competitiveness of the horticulture industry on the local, regional and international markets.
Horticulture exports in Zimbabwe by 1985 stood at 925 metric tonnes per year with an average value of US$3,5 million.
Export volumes grew to a peak of 81 883 metric tonnes in 2002, with a value of US$124,5 million.
Thereafter, when Britain and its Western allies became hostile to Zimbabwe by imposing illegal sanctions, horticulture exports declined as European markets, the major consumers shunned local produce.
But despite the challenges faced by horticulture farmers in the last decade, production of fresh produce in the country has been moving on a positive trend encouraged by government’s agricultural development programmes.
According to a research by agricultural consultant firm, Knowledge Transfer Africa, farmers last year sold more than US$3 million worth of fresh produce at the Mbare Agriculture Market, 46 percent higher than the previous year.
The study which collected data on fresh produce from all of the country’s farming districts, shows that consumers spent US$1,2 million buying over 202 000 boxes of tomatoes.
Groundnuts worth US$243 477 were sold, the second-highest contributor, says the firm in a study titled, ‘Agriculture Performance through Ordinary People’s Markets’.
The research surveyed 6 250 farmers who sold different commodities at Mbare Agriculture Market, from vegetables to wild fruits, gourds, tubers, fruits and field crops.
Other agricultural products such as tea leaves and spices were also included.
In the fruits category, bananas topped the list with 7 697 baskets worth US$230 923 exchanging hands.
Leaf vegetables raked in US$155 418 from 91 964 bundles.
An estimated US$47 000 was realised from the sale of wild fruits like Masawu, Nyii, Mawuyu, Tsubvu and Snot apples.
Most of the produce was supplied by farmers from Mashonaland East and Manicaland provinces, some of the country’s wettest zones, which contributed 62 percent and 16 percent respectively.