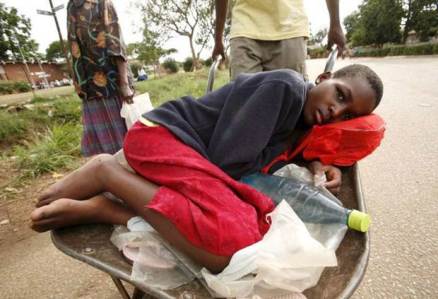 AS the summer season progresses with the rains expected early December, there is need to watch out for waterborne, food and vector borne diseases.
Among diseases experienced during the summer and rainy season, malaria remains with the highest cases and deaths in the country.
Mosquitoes which cause malaria are at their peak from the end of winter around August to the end of May, making this period a malaria peak season.
So far, most cases have been recorded in Mashonaland Central and Manicaland with the high figures in Manicaland attributed to banana harvesting activities.
Rains create breeding spaces for malaria parasites.
According to the Ministry of Health and Child Care, people in malaria-prone areas must avoid working in the early hours of the day and at night without mosquito repellents.
Although cases have remained high, the country has managed to achieve the Abuja agreement target of reducing cases to about 68/1 000 people.
According to the ministry, the government has sprayed most mosquito-prone areas and provided mosquito nets.
Malaria is caused by single-cell parasitic protozoa Plasmodium; transmitted to humans via the bite of the female Anopheles mosquito.
Parasites multiply in the liver-attacking red blood cells resulting in cycles of fever, chills, and sweats accompanied by anemia; death due to damage to vital organs and interruption of blood supply to the brain.
According to the latest World Health Organisation (WHO) estimates released in December 2013, there were about 207 million cases of malaria in 2012 (with an uncertainty range of 135 million to 287 million) and an estimated 627 000 deaths. Malaria mortality rates have fallen by 42 percent globally since 2000 and by 49 percent in the WHO African region.
Most deaths occur among children living in Africa where a child dies every minute from malaria.
Malaria mortality rates among children in Africa have been reduced by an estimated 54 percent since 2000.
Malaria is an acute febrile illness.
In a non-immune individual, symptoms appear seven days or more (usually 10–15 days) after the infective mosquito bite.
The first symptoms – fever, headache, chills and vomiting – may be mild and difficult to recognise as malaria.
If not treated within 24 hours, malaria can progress to severe illness often leading to death.
Children with severe malaria frequently develop one or more of the following symptoms: severe anemia, respiratory distress in relation to metabolic acidosis, or cerebral malaria.
In adults, multi-organ involvement is also frequent.
In malaria endemic areas, persons may develop partial immunity, allowing asymptomatic infections to occur.
Human immunity is another important factor, especially among adults in areas of moderate or intense transmission conditions.
Partial immunity is developed over years of exposure, and while it never provides complete protection, it does reduce the risk that malaria infection will cause severe disease.
For this reason, most malaria deaths in Africa occur in young children, whereas in areas with less transmission and low immunity, all age groups are at risk.
Malaria can affect anyone, but young children who have not developed protective immunity against ,most severe forms of diseases, non-immune pregnant women as malaria cause high cases of miscarriage.
Early diagnosis and treatment of malaria reduces disease and prevents deaths.
It also contributes to reducing malaria transmission.
Another common disease to look out for during the rain season is the typhoid fever which is also a common diseases in the country.
Typhoid fever is a bacterial disease spread through contact with food or water contaminated by fecal matter or sewage.
Victims exhibit sustained high fevers; left untreated, mortality rates can reach 20 percent.
Dysentery, a waterborne disease, is another disease to watch out for.
Last year, 24 430 cases of dysentery were recorded.
Other diseases to look out for include Hepatitis A and E, with the former being a viral disease that interferes with the functioning of the liver.
It is spread through consumption of food or water contaminated with fecal matter, principally in areas of poor sanitation; victims exhibit fever, jaundice, and diarrheoa.