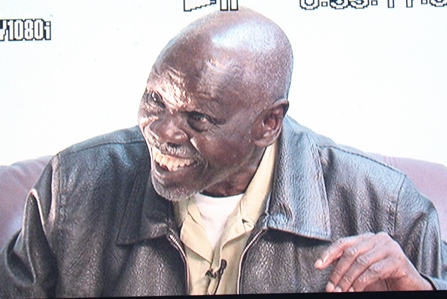 THERE are many people who worked with the late Cde Peter Manyani, better known as Cde Pascal Takawira before and after independence in 1980.
He passed away on March 10 2013 at Parirenyatwa Hospital and was declared a Liberation War Hero.
He was 84 years old.
The Patriot went to ZANU PF Headquarters in Harare where the late Cde Takawira was operating from the Gender and Culture department and spoke to some colleagues who socialised with him almost every day.
The majority said the late revolutionary ‘Cde Takawira’ who joined the armed struggle in 1972 was a dedicated and principled fighter who was committed to preserving the cultural values of the land.
Cde Gumisiro Samuel Dhliwayo: “The late Cde Manyani was a humble and principled cadre who always kept his promises.
“He never lobbied for any senior post in the party throughout his life and wanted to see a free Zimbabwe, a Zimbabwe that followed its own culture and not borrowed values.
“He was a peaceful man who dealt with disputes at work without favour.
“Sweet-tempered, Cde Manyani rarely got angry.
“Even when provoked, he usually just laughed off issues that would have angered an ordinary person.
“He was a hardworking man and this saw him being promoted to be a member of the General Staff in 1973.
“In 1976, he was among those who helped establish Chimoio Camp, ZANLA Headquarters and Nyadzonia.
“Cde Manyani’s most notable distinction was his involvement in cultural issues and he worked with elders and spirit mediums who constantly offered advice during the war.”
Cde Don Muvhuti: “I first met Cde Manyani in Zambia in 1976 after he was released from detention.
“We went to Mozambique together and worked together in Chimoio.
“He was a committed and dedicated to the revolution of Zimbabwe.
“After the liberation struggle, we worked together at the party headquarters.
“Imagine he died at the age of 84 working for the party.
“His death is not a loss to the Manyani family, but also to the party and nation at large.”
Cde Trinity Chidavanyika: “Cde Manyani was a humble and patriotic man committed to his work.
“He put his country first before anything.
“Our youths must emulate the principles of Cde Manyani.
“He fought the liberation struggle and continued working for the party up to the time of his death.
“His profile is clean and inspirational.
“The only way of honouring his efforts in the liberation struggle is by safeguarding what he died fighting for.
“The nation has a lot to learn and emulate from dedicated cadres who sacrificed their lives and left the comfort zone of their homes to join the armed struggle.
“After the liberation struggle Cde Manyani continued working for the country.”
George Rutanhire: “I stayed with Cde Manyani at Chifombo during the liberation struggle.
“Cde Manyani was chosen by the spirit mediums to work for the country.
“He was assigned to conduct burials of the spirit mediums like Sekuru Chipfeni, Sekuru Chidyamauyu and Sekuru Chiodzamamera among others.
“We have lost a true patriot and son of the soil.
“He was very humble.”
Elizabeth Murove: “Cde Takawira was a dedicated hero who was committed in shaping the identity of young Zimbabweans against Western cultural imperialism.
“I first met him at Tembwe during my training where he played a pivotal role in preserving good moral values of our culture during the war.”
“Cde Manyani should be remembered for his contribution to the independence and development of the country.”