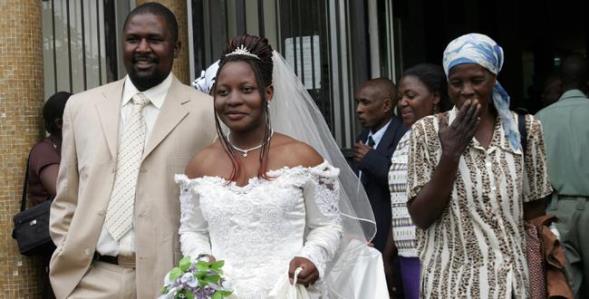 TO the extent we have only two seasons, the wet and the dry, chirimo is still with us for the next six or so weeks.
We can congratulate ourselves for having braved the biting cold of winter. Makuva kept us busy though the accompanying dance worsened the cracking of our feet, man’a.
In this part of chirimo temperatures are rising and forests have acquired new colours of welcome and freshness, pfumvudza.
Though we are now in the final phase of readying our fields for planting the party mood is still with us.
Most makuva are done and this is time for marital bliss, lobola ceremonies and western weddings. Both are big business in our struggling economy.
As with all commercialised practices they have gone through major transformation.
This week I stumbled across a hundred-year-old account of a marriage process among the Shona.
While then it was a process, today it’s literally an event.
Then every stage/activity had a name/term today we have meaningless terms with dollar signs.
Today the typical list will include preliminaries like ndiro, vhuramuromo, makandinzwa ani and matekenya ndebvu.
This would be followed by mother-in-law’s list that includes mapfukudza dumbu, bako refodya, mombe yeumai and even grocery and clothing.
Then we have kunonga for bride and her aunt and sisters. Lastly but significantly is father-in-law’s requirements and these may include damages, rutsambo, danga and clothing.
In dollar terms Rutsambo(US$3000 – US$75 000) is the real lobola followed by danga (3-25 beasts) in distant second.
A hundred years back the marriage process started with kupana nhumbi, this was usually a private successful ending to courtship when the two love birds exchanged love tokens, which were usually bracelets or bead ornaments.
The exchange was private but took place at girl’s homestead during the boy’s ‘innocent’ visit there.
After kupana nhumbi the boy’s family then arranged for kunobvisa Rutsambo. A Munyai was sent with a hoe and two strings of beads (chuma).
Once the girl confirmed to her aunt that she was agreeable to the marriage proposal and accepted the gifts, she wore the necklace and handed the hoe to her father. This act completed the Kutambira Rutsambo ceremony.
After the Rutsambo ceremony the boy, his father and male relations would then make a visit to the girl’s family for Chirango chaaMbuya that is paying their respects to the prospective mother-in-law.
This took the form of firewood (huni) and snuff (fodya) gifts. On the way they would cut a load of firewood, same length, bark removed and in neat bundles.
This they would leave outside the homestead. Before acceptance of firewood Ambuya was first offered snuff which if she accepted meant the process could proceed.
The bundles were then piled into Bako rehuni, on either side of the kitchen door. This firewood stack symbolised to all that this particular girl was taken.
At the end of the above Chirango chaaMbuya, the boy was left behind to formally pay his respects to his father-in-law for at least a week.
This involved kushandira tezvara through clearing and fencing agricultural fields. This also provided the boy with opportunity to bond with girl’s parents.
Throughout his stay the boy was expected to eat from same plate with his muramu, girl’s younger sister. The muramu expected kushonongorwa with bracelets and other smaller gifts during this period.
At the end of this boy went back to his parents to report that the fields were ready for tilling.
The boy’s parents then organized for a working party at the above fields.
On the agreed date youngsters went to the fields before dawn such that by the time Ambuya got up she was pleasantly surprised at the industry of the ‘Makororo mumunda!’.
Later the boy’s relations joined and brought with them beer. By the end of the day the nhimbe would have successfully tilled the fields.
The tilling of fields was followed by the girl’s first formal visit to her prospective in-laws.
This took about four days and during that time the girl collected her fair share of gifts from kushonongorwa by boy’s relations.
In today’s terms this marked the conclusion of the engagement process/period and arrangements were then made for payment of lobola.
The girl’s aunt was sent to the boy’s parents to arrange for the lobola cattle, danga.
Numbers having been agreed the Munyai would then point out the actual beasts and make arrangements to drive them to girl’s homestead.
Before the cattle were accepted into the kraal the Munyai would hand over “the stick used to drive them” and this was usually a hoe. This was followed by act of formally handing over the girl to her husband’s family, kuperekwa.
A few days after consummation of marriage the new weds went back to the girl’s parents with a goat for the Maputi function. The boy would fling down a girdle, loin cloth, at Ambuya’s doorway.
The girl’s parents would then jump over the girdle to “prevent backs from breaking”, “kutyoka musana”. Goat meat was then prepared and mixed with herbs. Newly weds and girl’s parents would then eat this Matyorwa from same plate.
The last ceremony was Masungiro, to herald newfound fertility.
It consisted of two goats and a hoe. Originally the goats were left to multiply into Ambuya’s wealth. In the event that mukuwasha decided kusungira with a bull, this was slaughtered and part of the meat exchanged for goats. Masungiro marked the end of this ancient marriage ceremony.
The marriage described above is that of kutumira and involving a virgin bride. Today it would be a rarity with kutizira being the most prevalent now. The process/ceremony also had to take place well before November.
November was and is taboo month for rituals but most importantly the marriage ceremony is linked to farming activities and related fertility symbolism. Today all these meanings are lost in the dollarized lobola list.