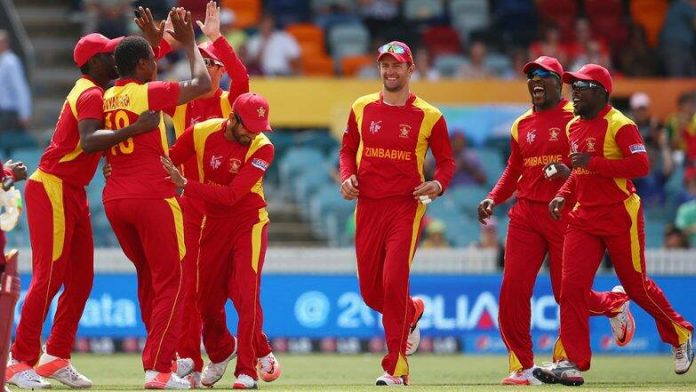 THE recent ban of Zimbabwe Cricket by the International Cricket Council (ICC) did not come as a surprise.

It had all the undertones of an aggrieved Western world that is frantically trying to bring Zimbabwe back to the global spotlight all for the wrong reasons.

The ICC slapped the ZC with a three-month ban, with the cricket mother body accusing Government of interfering with the affairs of the local board.

In response, the Minister of Youth, Sport, Arts and Recreation Kirsty Coventry installed an interim commission, a move that has put the cricket body on a collision course with the ICC which is calling for the suspended leadership to be reinstated within three months after which the suspension would then be reviewed in October.

Yet when all is said and done, Zimbabwe cricket has gone through a rough patch, beginning in the early 2000s when senior members of the cricket national team like Andy Flower and Henry Olonga  subsequently retired citing what they said was ‘death of democracy’ – a subtle reference to the country’s political situation then.

The two players had worn black arm bands as part of their protest against the Government of Zimbabwe.

Some hearts swelled with pride when Olonga and Flower performed that ‘courageous’ act at the Harare Sports Club during the 2003 World Cup.

Those antics by the duo naturally took a knock on the country’s cricket.

Rising star Hamilton Masakadza had made his mark as a batsman, while Mluleki Nkala and Henry Olonga came in as bowlers.

The cricket administration in the country has since then struggled to shrug off allegations of racism, in particular damaging reports that they give preference to white policies and monopolies.

The white players’ alleged selection of the team was reportedly subject to incessant interference, with a case in example being their resentment of introduction of the quota system which sought to ensure that a certain number of black players would be included in the squad.

While most people understand ICC’s desire to keep political interference out of cricket the irony of this decision, to an extent is payback for Zimbabwe’s decision to embark on the Land Reform and Resettlement Programme of 2000.

It is politics all over.

There is no doubt that the ICC has linked Government’s economic policies with the local cricket drama.

The Sports and Recreation Commission acted after alleged corruption in ZC but in a shocking decision the ICC viewed the move as interference.

The same could be said concerning the land question in Zimbabwe as scores of black landless Zimbabweans had to take over white owned commercial farms beginning in 1998.

The Land Reform and Resettlement Programme came after 4 000 whites owned more than 87 percent of the country’s land.

The majority of Zimbabweans were overcrowded in communal rural areas while the said owners were thousands of miles away in England.

Most of those farms were owned by white commercial farmers or multi-national corporations like the Anglo-American Corporation with three or more estates in their name.

Belgian King Leopold and white Europeans carved up Africa on a map for themselves and Britain got land mostly in southern Africa.

English and Boer white colonialists crossed into ‘Rhodesia’ as they named it after English colonialist Cecil John Rhodes. They seized land and cattle in 1890.

The native tried in vain to resist the seizures of their heritage, land and freedom as a people, fought and lost the First Chimurenga.

The settlers then pushed the natives haphazardly into chosen reserves in the most unfertile regions of the country.

The political, social and economic injustice forced Zimbabweans to take up arms once again to fight for their native land.

The ‘willing buyer, willing seller’ policy was the major reason that led to unchanged land situation in post-independent Zimbabwe. No whites were willing to sell to the Government land for redistribution.

The Government had very little or no financial resources to buy the land after independence.

In the early 2000s, indigenous Zimbabweans took it upon themselves, to reclaim the land.

Political and economic sanctions imposed on Zimbabwe ceased aid and capital investment by the West as a response to the programme.

They engaged blacks and like-minded individuals like Olonga to tarnish the country’s image.

Olonga, the first black cricketer to represent Zimbabwe at the international level, played 30 Tests, 50 ODIs for Zimbabwe, picking 126 wickets across both formats, retired prematurely from international cricket after the 2003 World Cup tournament against Namibia.

The suspension means the Zimbabwean teams will be unable to play scheduled international matches in ICC events.

The decision by the ICC will mean freezing of funding and representative teams from the country to take part in any of the its events.

In October and November, the men’s team were due to compete in the T20 World Cup while the women qualifiers would start late August. A dark cloud hovers over Zimbabwe’s participation.

A lot of dismay has been expressed at the decision by ICC which has made many people unemployed, ending so many careers.

Zimbabwe a full members of the ICC was granted Test status in 1992.