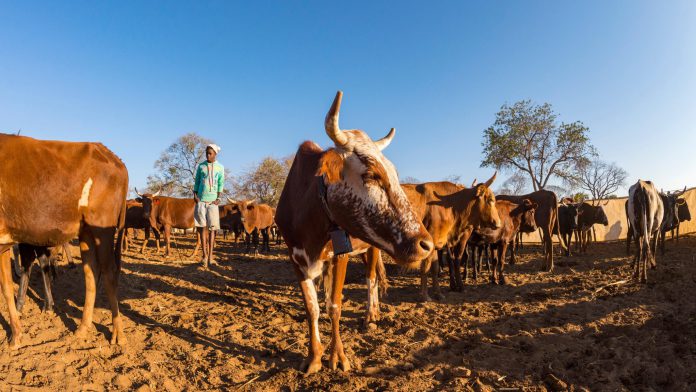 AS a young boy, I was fascinated by Chindundundu, a notorious Mashona bull on my grandfather’s farm in Darwendale, Zvimba.

The bull was sold to a farmer in what was known as Marshall-Hartley, but a month later, he was seen grazing on the hills in Darwendale where he was born.

My grandfather soon realised that spiritual ownership was non-transferable.

Chindundundu was in charge of his own destiny and territory.

He soon became notorious; he often asserted himself at ceremonial gatherings, regularly lying at the entrance to the cooking hut, chewing on freshly cooked maize cobs.

Sporadically he would stick his nose into a pot of brew to savour the ‘seven day’ brew being prepared.

Precisely on the seventh day, he would drink some, after which he was heard burping (kudzvova) loudly as he sauntered back to the fields.

Chindundundu’s unusually broad chest arrogated its privileged space in front of the kitchen door, from where he would stubbornly refuse to leave until he was given something to eat or drink.

Was he a typical Mashona breed?

Once the cattle breed of choice for kings and emperors, the origins of the Mashona cattle breed stretches from the Great Lakes of East Africa to the Kingdom of Great Zimbabwe and beyond the Limpopo River of southern Africa; its fame, longevity and resilience cannot be denied or underestimated.

To think that from the 5th Century to the present 21st Century, Mashona cattle have been bred and raised in Zimbabwe, and are still going strong, says a lot for the Mashona cattle breed.

Originating from the Sanga cattle breed, the Mashona breed boasts an heirship of over 800 years while Great Zimbabwe is believed to be its birthplace.

Raised since the 5th Century, as evidenced on numerous archaeological sites in Zimbabwe, the international reputation of the breed’s strength and resilience comes from many centuries of skilled traditional animal husbandry and select breeding.

During this era, Great Zimbabwe had the greatest population of Sanga cattle, namely the Mashona, Tuli and Nguni breeds in southern and central Africa.

The dynastic rulers of Great Zimbabwe created a thriving agro-economic, commercial and religious centre with sophisticated military, scientific, ecological and artistic centre in southern Africa, where the Mashona cattle breed played a pivotal role as part of our agro-identity and cultural tangible heritage and identity.

It is important today to revisit this resilient breed, which in no doubt will be the major breed that will bolster the Command Livestock Programme.

The Sanga cattle, from which many sub-Saharan cattle originated, are believed to be descendants of bos taurus animals that evolved several thousand years ago in Africa and were domesticated in the north-eastern part of the continent; a development which occurred between 7 000-8 000 and possibly around 10 000 years ago.

The Mashona Sanga breed inhabit eastern and southern Africa and are known to be well adapted to seasonally harsh conditions.

In Southern Africa, the Sanga arrived around 300-700 AD and form part of the Sanga cattle group in Southern Africa that includes the Mashona and Tuli breeds in Zimbabwe, the Nguni cattle in Natal; the Ovambo, Kavango and Caprivi breeds in Namibia; the Tswana in Botswana and the original Afrikaner breed in the more arid parts of South Africa.

The virtues of the Mashona breed are numerous.

An American farmer I encountered in Austin, Texas, where it has been exported, described the breed as ‘the salt of the earth’; adding: “The Mashona breed has great beef conformity and is so resilient its been God sent for the free-range cattle rancher.”

Over thousands of years, these breeds became systematically adapted to their local environment and developed resistance to high temperatures, droughts, heatwaves, malaises, ticks, lice and flies.

Their ability to maintain reproductive efficiency in the semi/quasi-arid African climate have formed their distinctive characteristics.

A beast of strong constitution, the breed is endowed with an inherited resistance to extreme climate and topographies and has remained impervious to many scourges of the tropics.

The breed can withstand most pestilence and murrain.

Its short coat inhibits the gathering and growth of ticks – the main cause of death of our cattle today.

The virtues of Mashona cattle are many.

They are of an even temperament and are easy to train. They are dutiful and obedient as draught animals.

As breeders, the heifers make good mothers; overprotective of their calves with a natural instinct to find water and good grazing.

Although, by international standards, the Mashona cattle breed of Zimbabwe are considered to be medium-sized, under optimum breeding conditions they can grow to larger sizes.

In Africa, in general, livestock production systems are mostly characterised by minimal management inputs in terms of nutrition, breeding and disease control, which are mainly traditional and subsistence oriented.

These factors are typical of the low-cost maintenance of the Mashona cattle breed.

Despite the increasing genetic erosion of indigenous African cattle populations and the urgent need for their conservation, information about their genetic uniqueness and the preservation of this heirloom breed is lacking in our scholarship on cattle heritage.

Zimbabwe’s agro-community and the Command Livestock Programme need to restitute and restore this breed to its original regal status by improving and up-dating breeding methods and choice of pedigree.

Dr Tony Monda holds a PhD in Art Theory and Philosophy and a DBA (Doctorate in Business Administration) and Post-Colonial Heritage Studies.