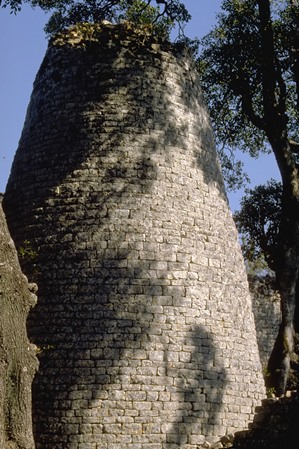 IN this last part of the series we discuss some of the hidden knowledge that the ancient world used to possess, knowledge which is still relevant in the current era.
Last week we referred to the Moorish Orthodox Church (MOC) which was formed by white jazz musicians and poets who had interacted with blacks who knew Moorish sciences in America and North Africa.
A Moorish Sheik who had just returned from a long journey of teaching and studying in the Far East received an invitation to lecture at the Moorish Orthodox Church.
This particular teacher wished to express his disdain for the abuse of the supreme knowledge of the ancient blacks that was being done by the masons and their secret societies.
He then saw this invitation as an opportunity to express himself to the masons of America.
We paraphrase his powerful speech as it highlights the attitude of the black teachers towards their mischievous white students.
He said in part, “Freemasonry is built on the twisting of the truth of Moorish (black) sciences.
“The secret power behind the West (USA and Europe) is based on the supreme wisdom derived from esoteric Islam.
“The European colonisers and enslavers usurped the knowledge of the Moors and created a nefarious system of control that blinds mankind to his true identity.”
The Sheik also said, “True Moorish science is the effective counter to the freemasonic imposters and a force of truth, love, peace, freedom and justice.”
Moorish science is based on the truth and thus the findings of our ancestors were equally as useful in the past as they are today, and as they will be in the future.
The Moors would make one understand their environment – the people, animals, plants and nature.
After that they would also make one understand what is inside him – the biology, chemistry, physics and so on.
The Moors would teach the laws of God and nature and these included the laws of polarity, laws of gravity, and laws of morality and so on.
Each scholar would have an almost complete understanding of himself and the universe he inhabits.
With this background knowledge, the Moorish scholars would branch into different fields of study and become great teachers.
The first and most guarded secret of the Masons is knowledge of the organ known as the ‘pineal gland’. The pineal gland is the first gland to appear in a woman’s womb after conception.
This gland was greatly treasured by the ancient blacks because they knew that it had a lot to do with the human being’s spirituality.
The pineal gland was named by Jacob (Israel) who called it ‘penuel’, meaning the face of God.
Its symbol appears on the top of the Egyptian pyramids and is known as the ‘third eye of men’.
The actual pineal gland has the shape of a maize cob and is about the size of a kernel of corn.
When in good condition, the pineal gland is full and juicy like a grape.
When in bad condition, the pineal gland resembles a raisin because it will be dry and shrivelled.
In the latter case, the pineal gland is said to be calcified.
The pineal gland first acts as the seed of mankind because from this small single organ sprouts out the brain the spine, and then the rest of the body.
The pineal gland is located in the geometric centre of our brain.
It is also responsible for producing melanin in our bodies.
Melanin is what distinguishes the black race from white race.
Moorish wisdom suggests that most of the Europeans have calcified pineal glands – the reason why they have no melanin.
After finding out that they had calcified pineal glands, to console themselves, the Europeans wrote that “the pineal gland is, but a vestige of our evolutionary past.”
They held this notion and assumed it to be true for all races until around the time of the American – Vietnam War.
A large number of black Americans participated in this war and a number of them lost their lives as America was defeated by Vietnam.
When autopsies were performed on the black soldiers, the surgeons found that most of them had healthy, un-calcified pineal glands.
Due to the fact that the information about this gland does not favour whites, but empowers blacks, the Masons and other white power structures have suppressed it.
However, because the conical tower (the symbol of the pineal gland) is found in several ancient African sites like Egypt, Mali (Timbuktu), Zimbabwe and Mapungubwe, it is evident that our ancestors were indeed the original possessors of this precious information.
Nowadays you can find modern pineal gland symbols in Washington DC (Whitehouse), England (Gherkin), Rome (Vatican), in Masonic lounges and on church tops in Italy, Portugal, Spain and Greece. However, neither the governments of the USA and Europe nor the Western churches have made the information of the pineal gland known to their black followers.
Knowledge of the carbon atom has also been suppressed yet carbon is the basic building block of all life on earth.
The whole universe is made up of carbon and it is the black matter which gives pigmentation (colour) to humans, animals, plants and soil.
If one looks outside at night, the whole universe is black.
Man is connected to his environment through carbon and we are related to plants, animals and all things through our collective origins in the dark soil.
The black people are rich in melanin which is made out of carbon and this allows us to absorb and make use of the full spectrum of energy from the environment e.g. the sun’s energy.
This is invaluable information revealed by Moorish science.

l Next week, we shall publish some responses this series on the Freemasons from our readers.