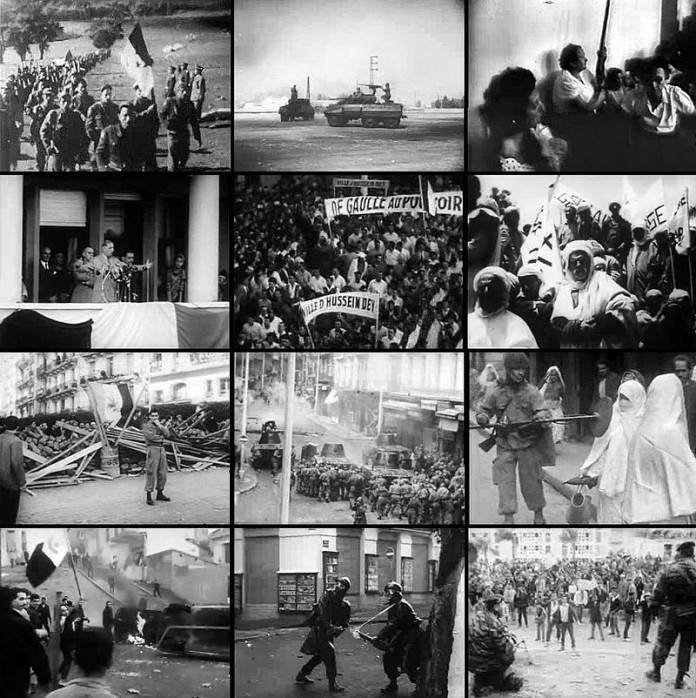 LAST week the world saw pictures of a horrific massacre of people in Paris, France.
The attacks were reportedly carried out by ISIS-affiliated extremists.
The French police in Paris arrested a man called Omar Ismaïl Mostefai, a 29-year-old Frenchman with an Algerian background.
Mostefai was one of the gunmen who stormed the Bataclan Concert Hall where 80 innocent people were murdered in minutes
The killing of people is abominable and the perpetrators of such violence must be punished.
While we condemn such attacks on innocent people, we should also look back to history and see what the French did to Algerian protestors 54 years ago in Paris.
In comparison to other colonial powers, France is the only country with a long history with Arab and Islamic people.
In the 1961 massacre, there were many Algerian Islamic labourers in France who were loyal to the National Liberation Front (FLN).
They dreamt of independence back in their home country of Algeria.
On October 17 1961 during the Algerian war of liberation against France, the Algerian FLN mobilised a demonstration of Algerian workers and their families on the right bank of Paris.
This place is near the same area where last week Friday’s massacre took place.
On that day, close to 300 people were murdered.
This was an attack on innocent people by the French government’s authorities during the Algerian War.
The 1961 massacre happened seven years after the Algerian FLN started an armed struggle against the French colonialists.
Algeria was colonised by France and was seen as a part of France.
At that time, Algeria had a large population of European settlers or pied-noir who regarded Algeria as their home.
Then General de Gaulle came to power in 1958 and started to prepare for Algerian independence.
There were some French people who were against Algerian independence.
These extremists started a campaign of terror in France and also in Algeria.
On October 17 1961, the Algerians in Paris organised a protest with the support of the underground FLN and the French Communist Party.
They all gathered at a place called Grands Boulevards on the northern side of Paris in an area where most North-African migrants lived.
The demonstration attracted thousands of people who came to march and shout slogans in support of Algerian independence.
On that day, the police prefect was Maurice Papon, a zealous civil servant.
Maurice Papon allowed the police to shoot into the crowd.
Many people were injured and some of those who survived were arrested and taken to the Prefecture.
Once they got there, they were subjected to torture and others were beaten to death by police officers.
The number of those who died remains unknown because the information was hidden.
But one historian called Jean-Luc Einaudi wrote in La Bataille de Paris that more than 200 people were killed.
Papon was later charged with crimes against humanity when he supported the Nazi in the rounding up of Jews in Bordeaux.
More than 50 years later, a horrible massacre of innocent people happens in France.
According to the Algerian Press Service, one writer observed that the recent massacre of French people should be understood in light of France’s colonial past which has now come to haunt the French.
He writes: “The story of the 1961 massacre highlights the incredibly fraught relationship between France and its former colonial populations, some of whom are now French citizens.
“It is the lost grandchildren of these North-African workers, the unsung heroes of Algerian independence who are being recruited by ISIS and other Islamic extremist groups.
“They are as French as I am, but they carry with them the burden and the heritage of colonial oppression and dispossession.”
He also goes on to argue that the second and third generation citizens of Algerian descent still face racism, unemployment and poverty.
They are marginalised from French society and remember the pain suffered by their grandparents at the hands of the French.
An image of Jean-Marie Le Pen, the founder of France’s extreme right wing Front National, was a soldier during the Algerian war.
He was responsible for torturing many Algerian people.
When Algerians see Le Pen, they are reminded of the brutalities and murders of the past.
Another Algerian writer, Francois Musiol has noted the following: “The killings remain etched in the Algerian people’s collective memory, as has been stressed in official speeches denouncing the brutality of colonialism and countless violations of human rights.”
Speaking to France 24, historian Jean-Luc Einaudi noted that the massacre of the Algerians on October 17 1961 was “one of the darkest chapters of French colonial history”.
Although the recent attacks on innocent people in Paris appear to be related to the ongoing civil war in Syria, we are forced to recall France’s role in the murder of innocent Algerians in 1961.
That horrific colonial past has produced resentment and trauma among the Moslems in both Algeria and Paris.
It was a brutal part of history which still haunts the present times.