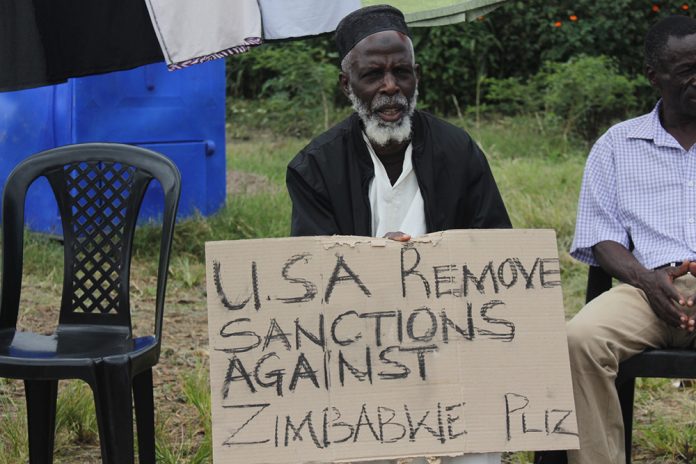 ZIMBABWEAN politics is, by its very nature, predictable; pitting a staunch people-oriented ruling Party with an opposition entity that has yet to find both an identity and its feet two decades after its formation.

Certainty reigns supreme in this part of the world on two fronts, especially where ZANU PF is concerned.

The first, which cannot obviously be taken away is that ZANU PF is the party of the struggle.

That point is compounded by the fact that ZANU PF delivered democracy in the country.

It has nothing to do with the lies that the MDC has been spewing that they are fighting for what they say is ‘democracy’ in the country.

This is the same democracy that the MDC, together with their Western handlers, have been abusing over the years and that has to stop.

The point, which must be emphasised and, hopefully, will get to the MDC is that the opposition has a very tolerant ruling Party to which it owes its existence.

If it were another country or place, they would have been long banned on solid grounds and reasons as well.

This is so and especially given the damage that MDC has sought to bring to the country.

Going around the world, tarnishing the image of your country is a serious crime elsewhere and, at this rate, we will not be surprised if serious action is taken to nip in the bud those antics once and for all.

Zimbabweans have not associated with the MDC for the simple reason that it is opposed to everything that makes this country tick.

Tragically for them, and as seen by the embarrassing tug of war they are currently engaged in and a point they are missing, the biggest beneficiary of those fights is Zimbabwe, not ZANU PF as they have claimed.

Zimbabwe can do without such an opposition and, in the same vein, ZANU PF can afford to sleep without having to be concerned about the goings on in the MDC.

This is why President Emmerson Mnangagwa’s efforts have been solely on reviving the economy through such moves like lobbying for the removal of the illegal sanctions against the country, engagement and re-engagement, among other initiatives.

The fights between Douglas Mwonzora and Nelson Chamisa are purely MDC, not national business, and herein lies the tragedy with the opposition; by embarking on antics that attract unnecessary attention to the country over an internal dispute, they are trudging on a slippery slope.

They are treading on dangerous territory.

We will ignore Joana Mamombe and her colleagues for now and focus on what must be done in order to put to an end the MDC’s nonsense for the country to enjoy peace it deserves.

We will repeat a story that we published in this paper on September 5 2019 titled ‘Regime change agenda: Patriotism or terrorism?’:

“WHEN ZANU PF Secretary for Youth Affairs Pupurai Togarei first suggested, in August 2018, that Zimbabwe needed to adopt a Patriotic Act to prosecute those who advocate economic sanctions, speak ill of the country while taking actions that cause harm and destabilisation to it, he was pursuing a position that the country should have taken long back for very obvious reasons.

Zimbabwe has been under siege for almost two decades from Western countries and their acolytes who are aiding and abetting this destabilisation and destruction agenda.

And, adoption of the Patriot Act is a position that several other countries have taken in order to protect their citizens from the vagaries of interference into their internal affairs and systematic as well as sustained economic warfare.

What stalled the pursuit of that position was the damage that has been caused to Zimbabwe by those illegal economic sanctions — a country of circumstantial political fragments and seemingly irreparable divisions.

This is exactly what the sanctions were created for — to divide the country, weaken its security forces and the economy.

‘We have challenges on the economy, some being caused by sanctions,’ Togarepi said in Parliament last week.

‘There are some MPs in this House who are going outside to call for these restrictions.

‘There should be a law to prosecute those who seek for sanctions. They are terrorists.’

Before the ink had dried in the Hansard, opposition leader Nelson Chamisa’s spokesperson Nkululeko Sibanda confirmed that his party is on a mission to tarnish the country.

The excitable Chamisa’s propaganda outlet boasted on Twitter that he had forced prominent US actor Steve Harvey’s tweet that was promoting Victoria Falls to be pulled down.

‘He is just making his money, I agree with you. Just got excited, the ZANU PF consultants in the US, got Steve Harvey@IAmSteveHarvey to tweet about @edmnangagwa, we got to him and he quickly deleted the post. They are failing, that is how bad they are. They are losing fast!’ wrote Sibanda on his Twitter page.

What was lost on Sibanda is that the Zimbabwean Government has been extremely generous to those who intentionally cause harm to the country.

Sibanda was simply trying to provoke the authorities and this is so especially when efforts by the West to bring the country back under the global spotlight have intensified.”

In recent weeks, those efforts have once again intensified and, this time around, there is no letting off.