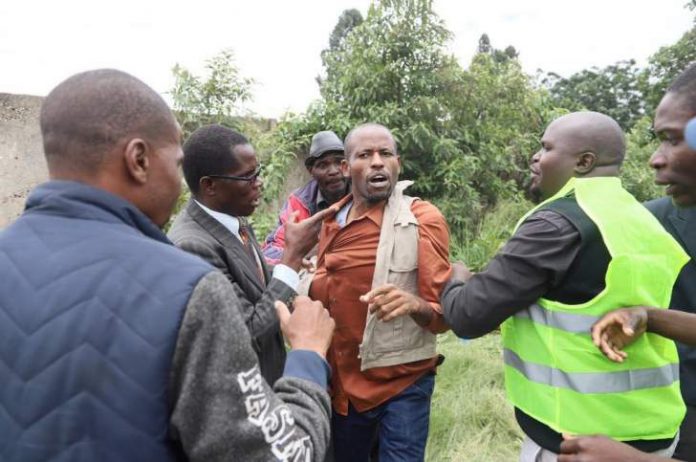 This judgment was celebrated and welcomed by many in the opposition and their donors who saw this as a giant step in their quest to have their Western backed narrative dominate national discourse through the public media.

The push for ‘divergent views and dissenting opinions’ in the public media is not borne out of a need to increase the democratic space in Zimbabwe, but a need to shut out all voices that expose and critic the hostile opposition propaganda that has immensely contributed to the polarisation of the country’s media and the nation.

Surprisingly, despite this call to have its ‘voices and opinions’ in the media, the opposition, particularly the MDC, is hostile towards that very media.

The violence and harassment of journalists by MDC security and activists, as well as the ‘hear no evil, see no evil, speak no evil’ attitude of MDC officials, when it comes to dealing with the said violence, is a cause of concern.

It would seem as though those within the MDC, who attack, assault and harass journalists, have the blessing of the highest office of that party.

If a party has no problem with its members and officials trading blows in the streets and offices, it then follows that the same party would not be concerned when its members mete violence on outsiders.

In February 2019, MDC violence against public media journalists was once again on display  when that party’s leader, Nelson Chamisa’s security team beat up a ZBC senior staffer (name withheld) at a rally at Mkoba Stadium in Gweru.

The security team assaulted the journalist and attempted to drag him out of the stadium, accusing ZBC of reporting negatively on their party.

Chamisa had to intervene and rescue the reporter as the hooligans bayed for his blood.

Another group of MDC youths swarmed the ZBC vehicle and threatened to beat up the news crew that was covering the rally, resulting in the reporters leaving the event in haste.

This was a repeat of what had happened at the same venue in 2018 when MDC youths harassed and assaulted ZBC reporters accusing them of reporting ‘negatively and peddling falsehoods’ about their party.

In March 2018, a senior reporter at The Herald and a female freelance journalist were attacked at Harvest House while covering a press conference to confirm who was the new party leader, following the death of Morgan Tsvangirai.

No action was taken against those who attacked these journalists.

In May of the same year, The Herald photographer was manhandled by MDC activists while covering a demonstration by activists who were protesting the imposition of candidates ahead of the 2018 harmonised elections.

Once again, no action was taken against these thugs.

With less than 60 days into 2020, MDC violence against journalists continues and, as usual, the party leadership turns a blind eye, brushes the incidents aside or blames the journalists for the incidents.

Robert Tapfumaneyi, a journalist working for Syly Media, was assaulted by the  MDC security personnel of the Movement for Democratic Change (MDC) on Tuesday, January 21 2020 while he was covering a party event in Mbare, Harare.

The journalist was harassed and attacked by the MDC security staff who accused him of working for the Zimbabwe Broadcasting Cooperation (ZBC).

The security staff also grabbed his camera and threw it to the floor and prevented him from covering the event.

ZUJ’s general secretary, Foster Dongozi, condemned the attack and called on MDC officials to apologise publicly to Robert Tapfumaneyi and “…replace his equipment if it was damaged during the scuffle.”

The ZUJ also urged the MDC to establish a clear protocol for security personnel on how to deal with the media at their public events.

ZUJ said: “Several journalists have indicated that they are now afraid of covering MDC events because they feel threatened by the security details and that needs to be solved.”

While journalists are yet to see the MDC implement the recommendations by ZUJ, the MDC security personnel continue to commit acts of violence against journalists.

On February 10 2020, a ZBC cameraman was manhandled and slapped by MDC security personnel in Gwanda, where party leader Nelson Chamisa was addressing a meeting.

Chamisa, according to his spokesperson Nkululeko Sibanda, has been on a ‘special whirlwind tour across the country’ which has seen him so far visiting party structures in Mutare and Masvingo.

In Gwanda, MDC security were at it again with the help of some of their party officials as they kicked out the ZBC journalists, thereby preventing them from covering the meeting. The ZBC cameraman was not yet in the venue, but filming outside.

Interestingly, MDC Spokesperson Luke Tamborinyoka was once again ready to give a sorry excuse saying the meeting was closed to the media, and yet the other two meetings that Chamisa had held in Manicaland and Masvingo had received media coverage, with some online publications live streaming the events.

There has always been a tendency by advocacy, democracy and human rights groups to turn a blind eye to the criminality and infractions of the MDC.

Violent behaviour is not new to the party; this violent trajectory can be traced right down to the roots of the party in 1999, with many documented violent episodes since then.

If MDC members want to mete out violence against each other, I say let them be. However, when that violence is channeled to outsiders and professionals doing their job, then the all peace loving Zimbabweans must take a stand against the party.

One wonders how the MDC expects to have its ‘divergent views and dissenting opinions’ in the public media when it makes it a habit of beating up and denying access to the very public media journalists!