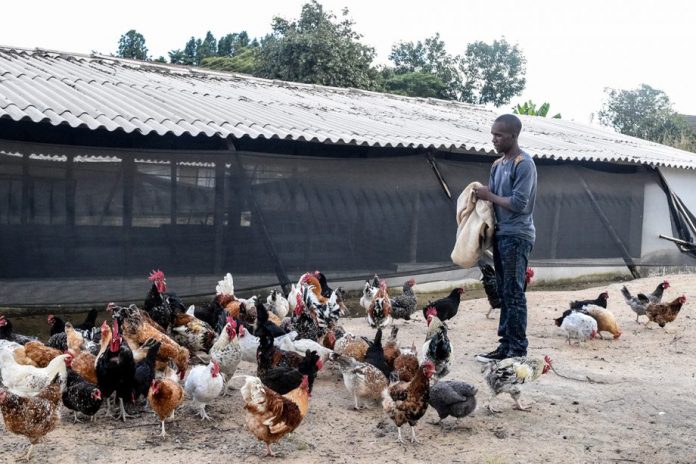 HUNDREDS of indigenous chickens or roadrunners are slaughtered for visitors in rural Zimbabwe.
For rural folk, it is a traditional gesture and sign of goodwill to visitors.
However, they are not bothered about the chicken stock dwindling as they reproduce much faster.
Different types of indigenous chickens are kept in the rural areas and our grandparents have, over the years, studied their breeding trends.
They know the breeds that provide good eggs and meat to the less breeders, and also know their lineages tracing back to the last 20 years when they were handed over a breeding hen as a gift by their parents.
In order for the chickens to multiply, they prevented them from hatching their own eggs or brooding chicks so that they start to lay eggs again more quickly, just after 21 days instead for the usual three months. The chickens are fed on cheap, locally available feed while some just peck away on insects, locusts, lizards, snakes and worms.
The roadrunners, as they are commonly known, have of late dominated menu lists of restaurants and hotels because of their perceived nutritional benefits.
Top chefs have also come up with irresistible mouth-watering recipes to lure the ever growing numbers of customers who are turning to traditional foods in the wake of increasing genetically modified chickens and other food stuffs.
However, one intriguing factor that has resulted in the huge demand of these chickens is their medicinal value to humans.
According to the elderly BaTonga, the chickens provide cures for different ailments and diseases such as fever, high blood pressure, infertility, malaria, asthma, chicken pox as well as snake and insect bites, among others.
For fevers and snake bites, the soup of these chickens is given to the victim; they said different combinations of ingredients from what the chicken would have eaten neutralises the poison and makes the victim feel better.
They said the combination of lizards, small snakes and herbal bushes often does the trick as it is stored in the chicken’s system.
For respiratory complications such as asthma, hot soup from the chicken is mixed with a mint-like herb or busika, a bitter bean pod found mostly in Binga.
The soup is then poured into a bowl and the patient is made to inhale the steam from the mixture.
The soup is then drunk while still warm.
For chicken pox, the skin from the chicken is peeled off and fried in an earthenware pot; the remaining fat and skin are rubbed on the victim’s body for several days until he/she gets better.
Nose bleeds are cured by making the patient inhale smoke from the burning chicken feathers while those with hiccups are given the chicken feet — the scratching the chicken does while foraging for food with its feet is said to lower hiccups according to the BaTonga elders.
The meat from these chickens, plain boiled without any other ingredients added, also cures different ailments such as high blood pressure and other related diseases, while sucking and eating the bones of these chickens is an excellent cure for arthritis and improves bone strength, as well as stamina among males.
Meat and eggs from these chickens are tastier and are preferred by most customers to those obtained from commercial breeds.
The meat from these chickens is also said to have medicinal qualities as indigenous chickens are also tolerant of harsh conditions, including diseases, while they are allowed to range freely and need little feeding.
Elders say drinking two raw eggs from these chickens cures infertility among males, while certain meat parts from cockerels, especially the entrails, are only eaten by men to improve their virility.
Gizzards, intestines, livers and the heart are cooked separately and certain herbs are added to them before they are sun dried to make medicines for stomach aches or cure food poisoning.
Elders also say these are not to be eaten by females, especially girls, as these ‘reduce’ fertility or disrupt the menstrual cycle.
These chickens have vast potential to improve the livelihoods of people.