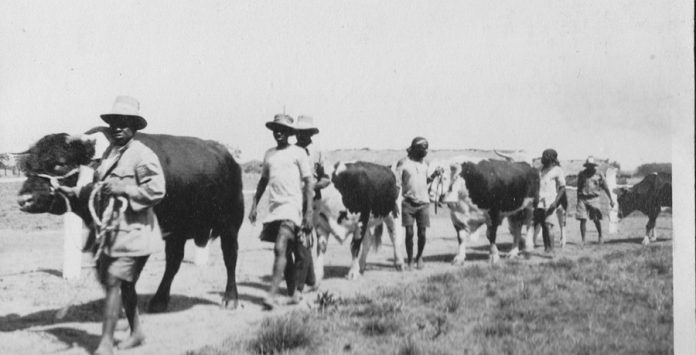 RIDING with a father, who was on his way to Ruwa, about two week ago, he revealed to me the memories of sobbing shadows in his heart.

This father hails from Mwenezi but this is not where his people originate.

His people were moved from Emakhandeni in Matabeleland, all the way to Mwenezi.

The British imperialists summarily moved them some 500-600km to a land that was hot and barren.

The whiteman wanted their land and so he moved them.

They had no rights, no human rights were observed!

It was a matter of a ‘superior’ being taking from a ‘lesser’ one, no matter the cost to those who actually owned the land.

The ‘right’ of the armed robber to covet and seize what belongs to others was supreme, it was the only right that was recognised.

The father still remembered 1960 when he was only four; the whiteman would periodically visit the ‘reserve’ where they were now settled to take stock of their cattle.

They would be told you have too many cattle.

If you had 15 for instance, they would say you have 10 more cattle than you should.

All the destocked cattle (kana kuti dzagurwa) would be taken to the Cattle Sales Market where they would be sold for nothing, for the equivalent of a dime, and the whiteman would walk away with hundreds of cattle. Labourers from Malawi would drive them away to the white farmers, sometimes for hundreds of kilometres. Sometimes the cattle were ferried by lorries.

The poor Africans would be hundreds of cattle poorer and would go home with nothing in their pockets.

It was daylight robbery, the father lamented.

First they were robbed of their land, forcibly marched away from their land and the cattle they tried to raise to ameliorate their livelihoods were periodically robbed.

These are memories of sobbing shadows in the land; who shall dry their tears, who shall stop their mourning?

Years later, after the victory of the Second Chimurenga, this father benefitted from the Third Chimurenga.

He was allocated a farm in the Mwenezi area.

On learning of this, a white farmer chided him: “You should be ashamed of yourself to get a free farm, some of us bought our own farms.”

The father said that on this day his mind was preoccupied so he did not say much to the whiteman.

He, however, said that this is what he would tell this whiteman should he see him again; that the land occupied by whites in this land was never bought from the people of Zimbabwe; that people were driven from their ancestral lands by greedy, ruthless whites.

He said that he would tell this whiteman that if he bought his farm it was from thieves who had forcibly taken it from the owners of the land, the Africans

He would tell him that he has nothing to be ashamed of in repossessing his land; he would ask him who will compensate his people for the land so ruthlessly stolen from them by whites, of the hundreds of cattle stolen from them and who would compensate them for the sons and daughters who perished in the war to get back their land, their Zimbabwe?

What happened to the ancestors of this father happened throughout the land; people were forcibly driven from their lands, to where, no one knew.

Lorries would arrive from nowhere, without any warning and people would be told to pack their belongings, load them onto lorries to be taken God knows where.

The late Alexander Kanengoni explains that this is what happened to his own people.

Those who were herding cattle were left behind, they got home in the evening, there was no-one and no food.

People were moved like animals without any recourse; how could it be normal to treat people like this?

The white armed robber saw no people here but an impediment to acquisition of wealth.

Muchemwa (2015) decries the racial tag attached to human rights on the land issue.

Land was seized from Africans without compunction, without any respect for their rights as humans, but after the people of Zimbabwe defeated the imperialists in the Second Chimurenga, they were warned not to violate the human rights of the whites in repossessing the land.

The human rights of the whiteman who had never respected the rights of Africans when they used dynamite, guns, starvation; when they used genocide to drive the Africans from their ancestral lands, their Zimbabwe, a sacred gift from Musikavanhu.

The sobbing shadows in our land are the result of the mental outlook which is utterly disdainful of Africans as humans and totally denies their humanity.

“When we Europeans call people natives, we take away anything from them; anything that suggests they are human beings, they are to us like the forest which the Western man fells down. Or, the big game that he shoots down. They have no tenure. Their tenure is as precarious as that of the animals they find… What shall we, the Lords of creation, the white people do with the natives we find. Shall we treat them as vermin to be exterminated or shall we treat them as hewers of wood and drawers of water. There is no alternative if niggers have no souls.”

The British armed robbers did decide Africans had no souls and chose to exterminate them, and the Africans having been brutalised and massacred by such genocidal callousness took up arms.

We did triumph, yes we did!