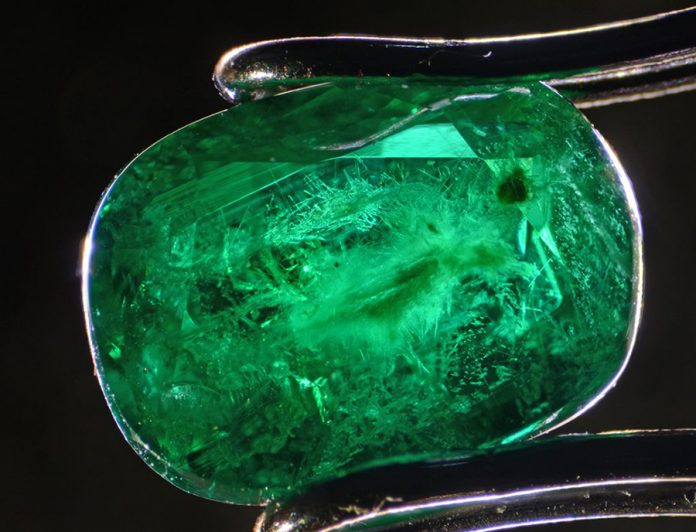 A DIAMOND find in 1903 sparked the initial search for gems in Zimbabwe.

Further prospecting and minor mining for diamonds took place between 1905 and 1908, but fizzled out since the results did not match the expenses.

Subsequently, several workers tried to make their fortunes in small mining operations, but interest waned and activity all but ceased.

A sudden change in the fortunes of the nation’s gemstone industry occurred in the mid-1950s as a result of increased demand for beryllium and lithium minerals.

Although gold and diamonds stimulated exploration in the 20th Century for gemologists, the most important discovery was the large emerald deposit found in Sandawana, in Mberengwa (Belingwe), in the mid-1950s.

Although production was sporadic for much of this period, the mine provided the jewellery industry with large quantities of fine, if typically small emeralds.

Pegmatites, which are present in several geological environments, especially on the edges of greenstone and in metamorphic belts, are a source of a variety of minerals, including tantalite, tin and wolframite, beryl, mica and feldspar as well as gemstones such as aquamarine, alexandrite, chrysoberyl and emeralds.

Within a few years, determined prospectors were rewarded with new finds.

Emeralds were adored by Cleopatra of ancient Egypt.

Egyptian emerald mines boasted a strong place in the history of emerald production until they were abandoned in the 16th Century upon discovery of the superior Colombian emerald.

They were prized by the Incas, used for sacred inscriptions by Indian rajas and traded for gold by the Spanish and glitter on the tiaras of Queen Elizabeth II.

As rare as they are beautiful, the allure of emeralds has endured for thousands of years.

Today, these precious stones feature at the heart of jewellery collections by designers and luxury brands from Chopard, through AYA and Backes & Strauss to Kimberley McDonald.

In Zimbabwe, the history of Sandawana began when emeralds were first discovered in 1955 by two prospectors, Laurence Contat and Cornelius Oosthuizen, together with their ‘prospecting boys’ – African helpers they trained to look for unusual rock outcrops.

One hot day, as they sat under a tree, one of their helpers named Chiwaro came in with a rock sample which the two prospectors dismissed as uninteresting although it had the characteristic mineral in which emeralds are embedded, called morralla by Colombian miners.

Morralla may open into nothing, but it may also open into clusters of emeralds.

The prospectors followed Chiwaro to the place where he had found the rock — there embedded in the soft, weather-beaten rock were unmistakable green emerald clusters

Contat and Oosthuizen kept their find quiet for a year while they sorted out the stones at night. But finally, the news was out and Southern Rhodesia (Zimbabwe) was all in a dither about the greatest find of emeralds in Africa since the days of the ancients who used to dig the green gems from Cleopatra’s Mines near the shores of the Red Sea.

To the ancients, emeralds were a specific against epilepsy and dysentery, an aid in childbirth, eye troubles and the preservation of chastity.

To Contat and Oosthuizen, the emeralds represented a fortune in excess of US$20 million.

Excited as the two lucky prospectors were about the find, the Southern Rhodesian Government sealed off an area of 500 square miles surrounding the discovery.

The site itself was hedged in by three barbed-wire fences, one around the other, guarded by 18 policemen as well as two watchdogs and illuminated at night by two searchlights.

The diggings themselves consisted of a hole scarcely 2 ft deep by 3 ft x 12 ft. The work was done entirely by hand since emeralds, unlike diamonds, split easily.

The gems were fine quality stones with a slight trace of blue caused by “…a needle-like inclusion of amphibole in the crystalline structure…,” according to Contat, which made them unique among emeralds.

Meanwhile, the prospectors and the Southern Rhodesian Government, aware that the world emerald market was small and extremely sensitive, doled out the gems slowly to keep the prices high.

To trade in precious stones in Zimbabwe, dealers have to be licensed by the Ministry of Mines and Mining Development through the issuance of Precious Stones Licences as defined by the Precious Stones Trade (PST) Act Chapter 21:06.

‘Precious stones’, as defined by the PST Act, are rough or uncut diamonds and emeralds.

An emerald is a transparent mineral composed of silica, allumin, glusina and other trace minerals.

It derives its varying green colour from amounts of oxide chromium found in its bedrock.

Its composition is entirely different from that of ruby and sapphire; closely resembling that of the beryl and aquamarine.

Rubies, easily identifiable by their brilliant red hue, are formed from the same mineral type as sapphires.

While a ruby’s colour can range anywhere from almost pink to dark red, the most valuable rubies are known as ‘pigeon’s blood’; their red-purple hues and vibrancy make them very rare and extremely valuable.

They gain their distinctive colour from the presence of chromium within the mineral.

The brilliant red of rubies is one of their most alluring features.

Although Myanmar has traditionally been the most famous source of rubies, they are also found in Thailand, Pakistan and Sri Lanka.

The Sunrise Ruby, named for a poem by the 13th Century poet, Rumi, is the most valuable ruby in the world.

It was sold in 2015 at Sotheby’s in Geneva for US$30 million to an anonymous buyer.

The Sunrise Ruby also holds the title of most valuable coloured gemstone in the world.

Along with aquamarine, brilliant green emeralds are of the mineral type known as beryl.  Similar to rubies, emeralds gain their colour from the presence of chromium.

Emeralds only form under very particular conditions, hence their scarcity.

Emeralds were forged over 100 million years ago by an extremely unlikely combination of rare minerals and surging magma from deep in the earth’s crust.

The emerald and its preciousness were well-known to the ancients, including biblical references. Rabbinic legend states that God gave King Solomon four gemstones that gave him the power to rule over all creation.

One of these stones is believed to have been an emerald!

In pre-colonial Zimbabwean antiquity, which geographically traversed much of today’s SADC territories, some of the world’s best emeralds were found.

Today, Zambia, Zimbabwe, Mozambique, Tanzania and Botswana are said to have a rare rich grade of emeralds.

In the past, people bought emeralds to foretell the future, cure demonic possession, ease childbirth, prevent epilepsy and stop bleeding.

Contemporary emerald buyers — like Elizabeth Taylor, Angelina Jolie, Halle Berry, Zoe Saldana and Olivia Wilde, some of whose emeralds may come from Southern Africa, particularly Zambia and Zimbabwe – have a slightly different agenda.

Elizabeth Taylor’s 23,46-carat diamond and emerald Bulgari pendant, which sold for US$6,6 million in 2011, vies with the equally famous 18,04-carat Rockefeller Emerald, which sold to Harry Winston for US$5,5 million in 2017, for the position of most valuable emerald in the world.

The cost of an emerald varies widely according to the quality of the stone, depending largely on their colour and clarity – the richer and more saturated the colour, the higher the value.

The per-carat value of an emerald also increases with the size of the stone.

It is sometimes referred to as ‘Lithia Emerald’.

Sandawana Mine consisted of a number of emerald deposits, including Ceres, Athene, Eros, Marmaid, Junc, Zeus, Atom, Plato and Vulcan.

With their high refractive indices and specific gravities, Sandawana emeralds are readily identified and easily distinguished from emeralds mined at other localities.

Sandawana emeralds became well-known internationally for their splendid vivid green colour. The green colour is very attractive, with striking dark rich green stones not only restricted to large stones but also to smaller stones with typically even colour distribution.

The high chromium content in the Sandawana emeralds imparts to them the intense green colour that enhances the quality of the gem.

In addition to the small sizes for which Sandawana was known, greater numbers of polished stones, as large as 1,50 carat, were being produced.

Sandawana was an important producer of emeralds until production was suspended in 2011 due to loss of some traditional markets.

According to Zimbabwean folklore, the name Sandawana, which refers to both the mining area and the emeralds mined there, originated from a mythical tale about a ‘red-haired animal’.

According to local lore, possession of one of this animal’s red hairs would result in life of good fortune.

Similarly, it was believed that possession of a Sandawana emerald would bring the owner good luck!

More than ever before, today’s consumers care about a gem’s history, insisting on responsible behaviour from the sourcing of raw materials, to the principals as well as values of the mines and companies supplying the product.

So, whether wadding off evil sorcerers or celebrating the rites of spring with an engagement ring, responsibly sourced gemstones ensure the spread of love and light that emeralds have been known for and given humanity for over 5 000 years.

But what about Chiwaro, the African helper whose find led to the discovery of the emerald treasure, you may ask!

Well, he was not ‘forgotten’: The millionaire prospectors promised him a lifetime pension of $420 a year ($35 a month)!

Dr Tony Monda holds a PhD and a DBA (Doctorate in Business Administration) in Post-Colonial Heritage Studies. He is a gemology scholar and connoisseur. For comments e-mail: tonym.MONDA@gmail.com