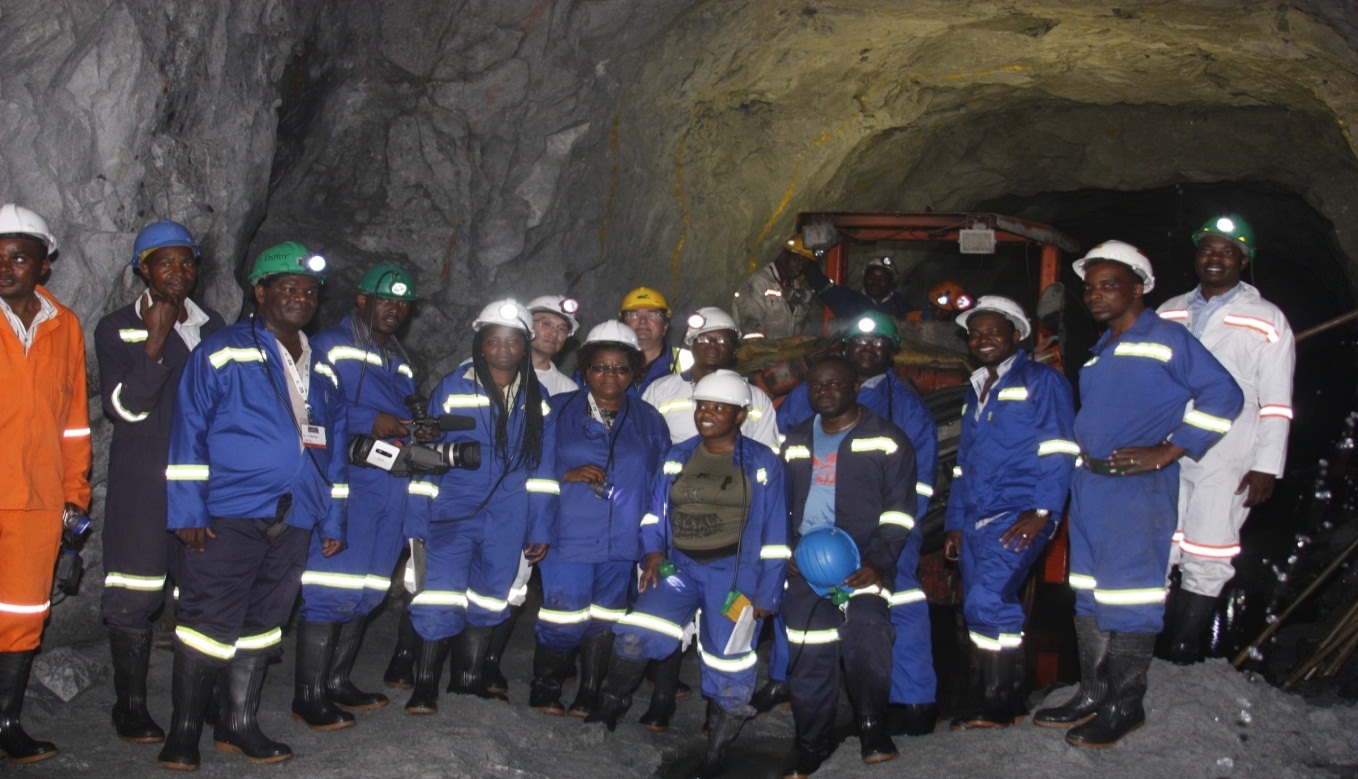 THE recent announcement by President Robert Mugabe that there is going to be a cocktail of reforms in the mining sector in Zimbabwe to ensure that the majority derive more value and benefits from their natural resources must be understood in the context of the Government’s goals of doing away with the donor syndrome that has become synonymous with many African economies.
While Zimbabwe has already set the pace in the economic empowerment of the majority through the on-going indigenisation and economic empowerment, very few if any benefits have been accrued from the mining sector as the country continues to allow minerals to be shipped in their raw form in the process exporting jobs.
This is what the recently launched economic blueprint, the Zimbabwe Agenda for Sustainable Socio-Economic Transformation (Zim Asset) seeks to address.
Officially opening the ZANU PF 14th Annual National People’s Conference in Chinhoyi last week, President Mugabe said the country cannot achieve economic development when resources continue to be shipped in their raw form.
“Kungochera zvicherwa zvinongobuda zvakadaro, zvino vakuru vedu used to make spears, their hoes from Mhangura, you add value,” said President Mugabe.
“We should not continue to send our minerals out in their raw form.
“Zimplats has been exporting platinum and we have got very little in terms of even earnings, hameno kuti mari iyoyo irikuenda kupi?
“Externalisation no, we want our money back.
“When we sell our materials whether they are raw or not raw, outside, the earnings are not sent back and we will have to look now at what was happening to seek an explanation of where earnings from our platinum have been going.
“Anyway, tirikuvapa warning yokuti unless we have refinery within a short period, VaMpofu (former Mines and Mining Development Minister) vanga vavapa two years, I hope vaChidhakwa will pick that within two years.
“Diamonds we would want to centralise that.
“Mukatarisa kunana Botswana, even in South Africa, Angola, Namibia it’s not free for all.
“It’s only Government and partners who produce diamonds.”
Central to the reforms in the mining sector, President Mugabe said, is the enforcement of local beneficiation of minerals particularly gold, diamonds and platinum, a key feature of Zim Asset.
There have been serious challenges in the mining sectors which many companies mining in the country have taken advantage of.
Currently, the legal framework governing the mining sector is silent on the issue of beneficiation of minerals in the country.
Government is yet to finalise the mining draft policy that is set to replace the old policy.
This has resulted in companies failing to remit dividends on time.
The recent action taken by Mines and Mining Development Minister, Walter Chidhakwa to dissolve the boards of Marange Resources, the Zimbabwe Mining Development Corporation (ZMDC) and the Minerals Marketing Corporation of Zimbabwe (MMCZ), will no doubt set the tone for the implementation of the proposed reforms in the sector.
That Minister Chidhakwa said the dissolution was necessary because Government wanted ‘to look at what they (the three boards and other mining companies) were doing’ is a clear indication that all was not well in the mining sector.
Several reports of corruption and gross incompetence had in the past put a dent on the prospects of the sector contributing much to the economy. Yet more needs to be done to ensure that every Zimbabwean benefits from the resources.
Minister Chidhakwa where are youths in the mining sector?
It is a matter of public record that young people constitute more than 60 percent of the country’s total population and that the future is in their hands.
Many of them are wallowing in the murky waters of grinding poverty, drug abuse, prostitution and crime.
Where are women in the sector?
Where are our veterans of the liberation struggle in the sector?
Where are the vulnerable groups in mining?
Will we ever see youths who have reportedly come up with a proposal to mine diamonds getting a concession in Chiadzwa?
Why is the ministry taking long to process viable project proposals that have the potential to turn around the fortunes not only of these groups but those of the country as a whole?
Dear Minister Chidhakwa the upliftment of these groups, many of them who have their investors, does not require the Government to pump out its scarce resources to fund their ventures.
Until we see these groups being granted concessions, then we can talk of real and true empowerment of these groups.
It is only then that we can talk of the full implementation of the Zim Asset policy.
The anticipated economic growth will only become possible if and when these groups are considered as key players in the country’s prospects for economic development.
What needs to be done with speed now is to implement these proposals so that Zimbabweans will enjoy the benefits of their resources as promised in the ZANU PF winning election manifesto which gave birth to the Zim Asset programme.
It is the hope of the majority of Zimbabweans that the new year will bring good news by way of implementing Zim Asset.
Let those with ears listen.