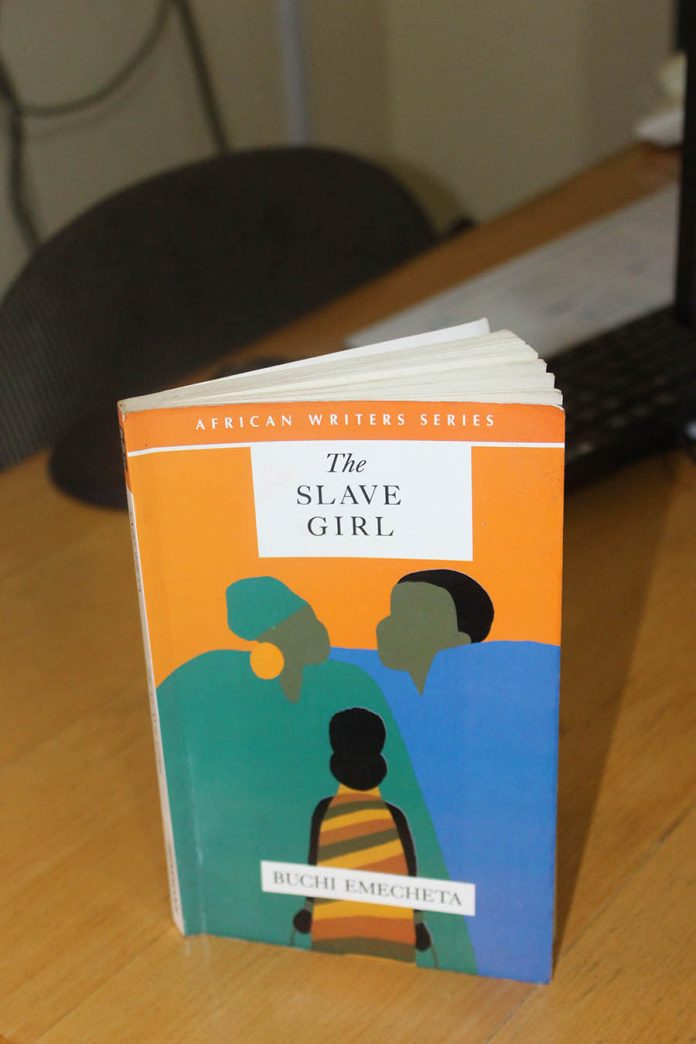 MARCH 8 is an important day set aside to celebrate women.
Though it is celebrated differently across the world, International Women’s Day is more than about recognising women’s rights but a conscious and deliberate appreciation of the the role played by women in binding society.
Women in different parts of the world have fought and continue to fight beliefs, traditions and practices that define them as second class citizens.
Embedded in some cultures are practices that have retarded the development of women socially, politically and economically.
Sadly, many of the victimised women have been socialised to believe that the oppressive situation is part of ‘culture’ and serves them.
Buchi Emecheta is a Nigerian writer widely recognised for being the voice of the voiceless women of Africa.
Under review this week is Emecheta’s book The Slave Girl which narrates the plight of the girl-child under an African patriarchal society.
The narrative focuses on the story of Ojebeta, an Igbo girl, who is a victim of oppression and betrayal.
She is sold to wealthy relatives as a slave by her older brother Okolie who is interested in securing money for his coming-of-age ceremony.
Having lost her parents, Ojebeta has no one to defend and protect her and she becomes a victim with no recourse in a society which apparently does not recognise her rights.
In the book, Emecheta questions the institutions and traditions in relation to their treatment of women, family, marriage and motherhood.
The act of selling Ojebeta as a slave by his brother clearly highlights the unfair authority men in the patriarchal society have over women.
“They knew that one could buy slaves, or have house servants and treat them even worse than slaves, for at that time, just to keep another person from hunger was in itself felt to be payment enough.”
The act is one of brutal selfishness for Okolie sold his sister for personal gain and prestige which does not take into account the needs and desires of her sister — she is merely an object to satisfy his needs.
“He bought the most colourful scarves to tie round his waist for the dance, scarves that were so expensive and so modern that women gaped in awe wondering how he could afford it all,” writes Emecheta.
Many women begin to be abused at a tender age before they can even fully comprehend the meaning of the circumstances they find themselves in.
“She did not yet know that no slave retained any identity: whatever identity they had was forfeited the day money was paid for them.
“She might have lost her identity, but at least she could still hold on to the dream of it,” writes Emecheta.
The Slave Girl brings to the fore the various forms of abuse that women have and continue to endure, in societies across Africa. But the most important fact is that such ills are now being discussed and exposed, leading to the improvement of the life of the girl-child.
Women’s rights, as highlighted in the book, are not about feminism and feminist movements but basic human rights.
What is good for men is also good for women.
Emecheta refers to the system of slavery as the tale of the woman. One way or another, women have found themselves enslaved.Women could simply be sold because they were considered a burden.
On Amanna, another slave girl, Emecheta writes: “She had been born a twin, among people who rejected twins, and the time had come when it was impossible to keep her any longer, and the child was sold.”
Women are treated as mere objects, treated not as humans but instruments.
“Chiago stopped sewing and bent her head over the machine…Oh no don’t tell me you have chosen this particular time to get a fever?…Do you think you can just hold on till you finish that lappa you are mending?,” this is how callously women are treated.
The book is not just about the woes of women but highlights the need for them to fight back, to rise and be counted among humanity.
It is time that traditions and beliefs stopped disadvantaging women.

This story was first published in The Patriot of March 28, 2018.