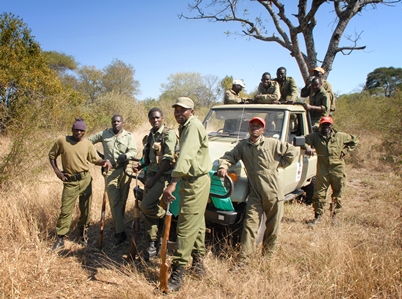 WILDLIFE crime is regarded as a high-profit, low-risk crime and many animals are now endangered as a result of the scourge that governments are struggling to curb.
According to the Wildlife Training Consultancy website, wildlife crime is an offence or offences committed against any species of wild bird, animal, and fauna, in addition to any habitat, resting place or shelter for defined species, and any protected land, sea or area so defined under certain regulations.
Lack of resources and it seems unwillingness to prioritise the fight against poachers is exacerbating illegal trafficking and international trade in wildlife.
Despite numerous efforts by governments to combat poaching and illegal international trade in wildlife, it is estimated that the annual value of wildlife crime is up to US$20 billion.
The staggering figure is much more if the illegal trade of timber and marine products is factored in.
At least 500 elephants have been killed in the Bouda N’Djida National Park in Cameroon while the entire elephant population was wiped out in Sierra Leone.
In South Africa close to 1 000 elephants were killed last year and over 100 in Zimbabwe just before the hosting of the United Nations World Tourism Organisation UNWTO General Assembly by Zambia and Zimbabwe last year.
Reports indicate that between 2007 and 2011 the number of rhinos poached in South Africa increased by 3 000 percent.
Efforts such as Zimbabwe’s rhino dehorning exercise and the setting up of the Wildlife Ecological Trust-WET are part of numerous efforts by the Government and wildlife stakeholders to ensure that wildlife is protected in the country.
Poaching is detrimental especially for Africa as it negatively impacts the tourism industry that is sustained by the continent’s rich flora and fauna.
Sustainable use of these national parks and protected areas has made it possible for countries to increase their economic revenue and making Africa the preferred destination on the world tourism map.
Speaking during a press conference Minister of Tourism and Hospitality Industry and current Chair of the Commission of Africa, Walter Mzembi said the agenda for the Commission for Africa for 2013-2015 is to ensure that a global campaign to elevate the issues of ecological disasters is achieved.
“A global campaign to elevate the issues of ecological disasters on marine biodiversity, wildlife carnage and trafficking to the global level is indeed critical at this moment than ever in setting the CAF Agenda for 2013-2015,” Mzembi said.
“We are experiencing this huge upsurge in poaching now than ever in the history of conservation because it is directly and indirectly linked to transnational organised criminal activity. These crimes destroy wildlife, affect local communities and are often linked with exploitation, violence, conflict, money laundering, corruption and international criminal syndicates.”
Minister Mzembi said there should be combined efforts in finding solutions to wildlife crime.
“We need more eyes on the ground and some unified continental and global systems to act. We need to increase our monitoring and tracking and take a collective global action on the supply chains of illegal and trafficking on wildlife species at both source and market chain levels.”
Experts said stakeholders had to do much more than depend on the Convention on International Trade in Endangered Species (CITES) to regulate international trade in over 35 000 species of plants and animals.
Wildlife trafficking, the experts said, had to be treated as a serious crime and success in combating it lay in institutions such as customs authorities, the police, rangers the judiciary and sometimes the military increasing cooperation.
Environmentalist Edwin Chibaya said there was need to increase cross-border cooperation among source, transit and destination states, as well as supporting relevant bilateral, regional, and cross-regional enforcement efforts.
He said CITES for instance, had to consider allowing countries such as Zimbabwe that had large stockpiles of ivory to dispose it to secure funds for operations.
“It does not make sense that parks authorities in the country cannot conduct their operations diligently while they have stockpiles of ivory worth millions of dollars,” Chibaya said.
“While the presence of such organisations as the Convention on Illegal Trade of Endangered Species-CITES serves to protect the wildlife in the countries that are its signatories, it appears as though some countries end up losing out in the process.”