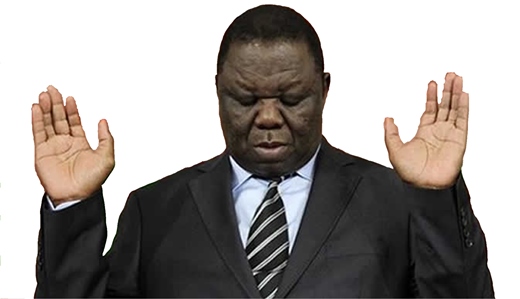 WHAT is unforgivable about Morgan Tsvangirai’s recent claim that life for the black man was better in Rhodesia than in Zimbabwe is not the ignorance, but the lie that he earned $450 at Trojan Nickel Mine outside Bindura in 1975.
The tragedy with Tsvangirai is that he could delude himself and believe this lie that life was better.
Perhaps that explains why he ran away from Mozambique to fight the war that freed the country.
He didn’t understand the significance of that war.
There must be moments when even those that sympathise with him are embarrassed by his utterances and actions.
From a nationalist point of view, Tsvangirai cannot be defended.
That is why attempts to justify his recent utterances by saying he was comparing the Rhodesian economy to that of Zimbabwe, as some people are arguing, is dangerous liberalism.
That line of thinking leads to the untenable point where people unknowingly begin to justify colonialism.
If patriotism and nationalism are values out of Tsvangirai’s depth, what is unforgivable is the lie he was earning $450 per month in 1975 at Trojan Nickel Mine.
Very few blacks earned that kind of money in Rhodesia.
What people earned in Rhodesia depended on whether you were black or white. A black police constable did not earn the same amount of money as his white counterpart.
In the same vein, a white primary school teacher earned more than her black primary school counterpart.
And a 50kg bag of white maize from a black farmer fetched less on the market than its equivalent from a white farmer.
That was how life was structured in Rhodesia.
We all wanted to become firemen or shunters with Rhodesia Railways after we left school because they were one of the highest paid people in Rhodesia.
The starting salary for a fireman at Rhodesia Railways was about $90.
At the same time, civil servants (nurses, teachers, policemen) had an average monthly salary of $50.
Even if he was some sort of a supervisor or foreman at Trojan, some of the highest grades blacks could aspire to rise in industry, they didn’t earn $450 per month.
Which brings us to the fundamental point why he lied; what was the motivation for the lie?
And it isn’t just another lie.
It is a lie to give credibility and a human face to Rhodesia.
He is attempting to defend Rhodesia.
What is his compulsion to do it?
It wouldn’t give anybody sleepless nights if he was just another person.
The frightening point is the lie is coming from someone who nearly became president of Zimbabwe in 2008 and still aspires to become one.
The first conscious political emotion I remember was the confusion when my father told me our bag of maize costs half of what the same bag fetches for the white farmers.
To hide the ridiculous inconsistency, they didn’t allow us to sell directly to the Grain Marketing Board (GMB), but through private buyers who had the licences to sell to the GMB.
Our maize buyer was a Greek who owned a retail shop at the township.
He fixed his own price for maize.
My confusion turned to anger because I saw the white shop owner took our maize for a song and the system was crafted to enable him to do that.
I will not forget that.
The first car that I saw was a blue Bedford truck that belonged to the Greek who owned a shop on the road to Enkeldorn.
And then much later, the shop owner sold the Bedford to the local head teacher and he became the first one of us to own a car and he held a party to celebrate the acquisition and everyone came and sang and danced and congratulated him. It was similar to the case of Lazarus helping himself to the scraps that dropped from the master’s table.
If owning a car was a sign of affluence, not more than five people owned one in Kambuzuma where I spent some time of my youth.
Even if all these things did not matter, it is difficult to understand how Tsvangirai can describe the condition and circumstances of the black man in Rhodesia as being better than those in Zimbabwe.