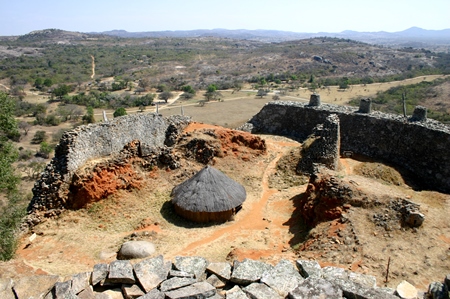 THE writing of this article has been prompted by many people who come from different walks of life and professions to enquire about who they are on the world map of human history.
These are always tough questions because they demand knowledge of everybody’s origins.
They cannot be answered without thorough research and commitment to one’s nation and its identity and pride among other nations.
The questions also point at the need for a national project of researching, writing and teaching our own history from our own perspective and in our own interest.
But most importantly, these quests for knowledge of one’s identity and history show clearly that the history our people learn in schools and universities does not help them locate themselves on map of human history.
Some of the enquirers, for instance, are students of history and graduates of history.
Others are teachers and lecturers of history in schools and universities.
Yet there is little to help them know who they are in the history that they have learned and teach.
The common questions usually asked include who are the Shona people?
Where did they come from?
Are the Manyika, Zezuru, Karanga, Kalanga, Ndebele, Nambya, Korekore, Ndau and Venda all Shona people?
How come they have different names, totems, languages, cultures and customs?
These questions are not academic.
Those who ask them seek simple, down to earth answers that help them have pride in themselves and their identity as Africans and Zimbabweans.
For instance, before explaining ‘who are the children of Murenga?’ let me first answer the question ‘who are the Shona people’ as straightforward and uncontroversial as I can.
In answering ‘Who are the Shona people?’ one must realise that there are two parts to this questions, although the inquirer thinks it is one question.
The first concerns the name Shona.
The second concerns the history.
One must first explain the name Shona, then the history of how the people came to be known as Shona.
Then proceed to talk about their origins.
For example, in one of my articles in this column entitled, ‘What’s in a name?’ I showed with evidence from research that the word ‘Shona’ comes from the Hindi word ‘Sona’, which means ‘gold’.
Gold in Gujarati is also called ‘Sona’.
The whole land under the rule of the Mwene Mutapas from lower Ethiopia through Botswana to Cape Town became popularly known as ‘the land of Sona’.
‘Sona’ was eventually corrupted to ‘Shona’ and the land became ‘Shonaland’.
All its people from Southern Ethiopia to Cape Town became known collectively as ‘Shona people’, that is, ‘people of the land of gold’.
Their administrative capital in gold trade was at Great Zimbabwe.
Those who lived far away from the administrative province of Great Zimbabwe eventually dropped referring to themselves as Shona and continued using the names of the founders of their lineages as their identity as they had been doing before the Indians called them Shona.
Those who lived in an area around Great Zimbabwe now known as Zimbabwe after independence continued to accept being referred to as the Shona without complaining, while at the same time referring to themselves by the names of the founders of their lineages as they had been doing before the Indians called them Shona.
So Shona is not what Africans called themselves.
It is what the Indian traders called them.
For example, Africans called themselves the descendants of Sohlangana/children of Sohlangana, the descendants of Ndiweni/children of Ndiweni, the descendants of Khumalo/children of Khumalo, the descendants of Mambiri/children of Mambiri, or the descendants of Murenga/children of Murenga founder of Great Zimbabwe and overseer of the land we now know as Zimbabwe and unifier and defender of all the lineages and people who now live in it, as his children.
The forthcoming article will help explain who Murenga is and how he led his children to our present land.