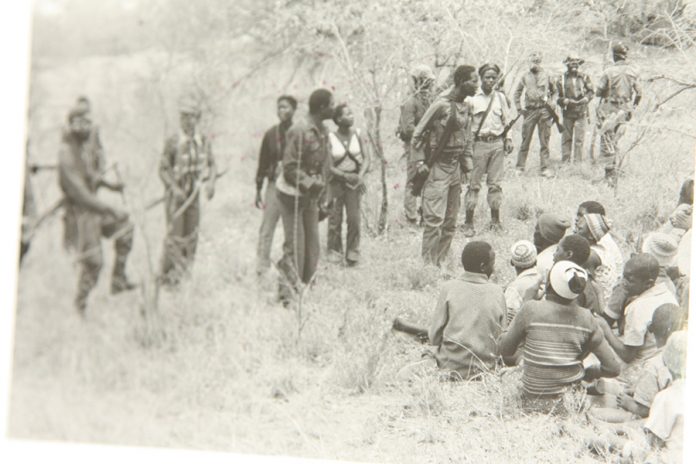 The story of Stella Chikomo

WHENEVER I recall this event, I cannot help but fall into an abyss of nostalgic feelings.

That bittersweet yearning to relive the past once more.

The event was electrifying on all aspects to say the least and it left a profound and immortal mark of happiness in my heart that each time I recollect, I start feeling young again.

My name is Stella Chikomo and I was living in the Neshangwe area near Mushumbi in Dande.

As you know, Mashonaland Central was probably one of the most active fighting zones during the liberation war due to the influx of guerillas either coming from neighbouring Mozambique from training or young people leaving for training.

I was 15-years-old at that time in 1978, when on a sunny September morning, an important message arrived.

A man named Petros, whom I later learnt was a mujibha (war collaborator) brought the news to our homestead.

He called my father outside and informed him of the news issue.

My father was already visibly excited when he re-entered the house and we were all anxiously waiting to hear what he had say.

He broke the news to all of us, that is my mother, elder sister who was 17 at that time and my younger brother who was 12.

He informed us that freedom fighters whom he referred to as vanamukoma were coming to the area the very next day to hold a pungwe in Mahuwhe.

I was personally filled with both excitement and fear of the unknown.

I had never encountered freedom fighters before.

The day arrived and my mother prepared sadza and we slaughtered a rooster for them.

My father prepared clothes for them and all the village homesteads contributed money for soft drinks which was their favourite.

We left for Mahuhwe in the evening with large clay pots containing the food on our heads and the clothes strapped on our backs.

We had to use the forest paths and walked in separate groups to avoid arousing suspicion.

It was a long distance, but we arrived before 8pm.

What a buzz of activity we witnessed on our arrival.

I could not count how many people there were.

Women were moving to and from serving the comrades the food they had brought and my mother immediately ordered us to join in the frenzy.

War collaborators were sitting and chatting with one comrade who looked like the leader and Petros seemed to be the most talkative of them all.

They seemed to be telling him some very important information.

We gathered around the biggest bonfire I have ever seen and we sang moral boosting songs and one which I can recall passionately went like this:

We sang passionately and some danced with the uttermost vigour.

It was such an unforgettable occasion.

It was time for the leader of the freedom fighters to make his speech and the multitudes sat around the bonfire.

I was very curious to hear him say something since it was my first time.

His gigantic figure then stood in front and introduced himself as Cde Tendai, before he made one of the most remarkable speeches I’ve ever had.

He told us of the unfairness of our current system dictated by the white minority – how they shared the best land among themselves and condemned us to the dry, infertile land.

How they had taken the land away from our forefathers and then killed them for complaining.

He told us of how everything theirs was superior, while everything ours, was inferior.

He told us of the harsh tax laws and everything that filled everyone with rage.

Cde Tendai said this with such potency, wisdom and charisma that charmed everyone present and even put butterflies in my stomach that I began blushing each time he looked at the area I was sitting.

He assured us that all the adversities being inflicted on the black population was the reason they were fighting and  were set to win the war.

Lastly, he promised us of a free and fair Zimbabwe once the war was over, a society where the black populace’s needs were put first.

Cde Tendai then urged every young man to join in the war and I’m sure after what they had witnessed, most of them left for Mozambique.

We danced and sang even more and then it was time to bid the comrades farewell.

Cde Tendai said he would come back soon and I had taken such a keen interest in him. I promised myself that I would wait for him.

The purpose of pungwes was to unite villagers and comrades towards a common goal which was to liberate our country.

My wait for Cde Tendai was sadly cut short. I later learnt he was killed in an air strike while returning from Mozambique much to my distress.

That was my unforgettable pungwe experience.