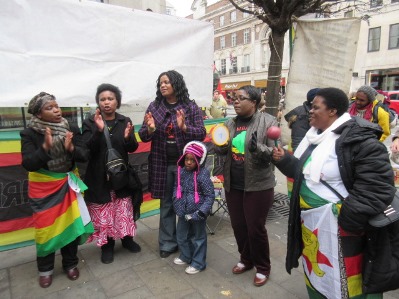 SOME Zimbabwean newspapers have been publishing falsehoods claiming that about 40 000 immigrants, including Zimbabweans who earn less than £35 000 per annum in the UK, will be deported.
In particular, one Zimbabwean newspaper based in Bulawayo wrote: “At least 40 000 migrants, among them Zimbabweans, will be affected by the new regulations which come into effect on April 6… The threshold could lead to thousands of Zimbabwean teachers, charity workers and those employed in the National Health Service (NHS) being deported from the UK if they fail to meet certain financial criteria…” (Bulawayo Bureau).
The truth of the matter is that most Zimbabweans here in the UK who are in these so-called jobs, at least those that I know, have either settled here permanently with Indefinite Leave to Remain, have Refugee Statuses or some have naturalised as British citizens.
In addition, most Zimbabweans who settled in the UK for at least 15 years have families here now.
Some even have pensions. The British government has a right to enact policies that attract skilled labour into their country. However, there are very few Zimbabweans who are in this country (UK) on work permits, with the majority of those who came on work permits at least 10 years ago, having been settled permanently now. Many people have married in other cultures and there is a whole new breed of Zimbabweans here in the UK.
Many Zimbabweans in the UK have been infuriated by this kind of speculation and reporting. The article, also published in The Herald, attracted both negative and positive comments.
From the readers’ comments, however, it is apparent that some Zimbabweans seem to rejoice at this possible demise of their country-people who are resident in the UK.
However, most Zimbabweans in the Diaspora are not happy with this misleading article. I was asked by some Zimbabweans, who felt infuriated by this reporting, to write this article.
One reader who thinks the article is misleading commented: “Misleading headline and why on earth does the writer sound gleeful? Do they not know about the money that Zimbabwe receives from those in Diaspora and how it helps our tattered economy?”
Another Zimbabwean based in the UK also commented: “Most Zimbabweans in the UK are British citizens or have Permanent Residence anyway.
“We are recognised by the UK government as ‘British Zimbabweans’ because most of us and our children hold British passports. So these changes won’t affect us at all. The Zimbabwean community has been in the UK for the past 10 – 20 years. We are settled and established in the UK. Gone are the days ekuchengeta chembere. People have moved on.
“A good many Zimbabweans have settled well in the UK and are doing very well. Some have very good jobs, have their own businesses and own houses in the UK. Hapana nyaya apa. The Herald stop creating a story out of nothing.”
Another Zimbabwean commented: “I am quite disgusted with someone so narrow-minded and fails to realise that these people affected by this policy are not political refugees. Regardless of who they are, why would you applaud potential ruinous hardship to another human being. Only a fool laughs at fellow countrymen’s demise.” (sic)
I spoke to a few Zimbabweans here in the UK, who also expressed their disappointment to this kind of writing.
Masimba Musodza (playwright and actor/writer): “To those who are assuming that any of the Zimbabweans who may be affected by these new regulations will be catching the next plane back to Zimbabwe, I have news for you: Canada, Australia and New Zealand have been encouraging nurses and other medical professionals to come over. In our brave new world of a global labour and skills market place, there are still many options besides the graduate vendor one you got going.
“There is a certain glee in hearing that Zimbabweans living abroad are not doing well, even though we have kept the country afloat during some of its most difficult hours. It is part of a wider ‘Pull-Him/Her-Down-Syndrome’ that many Zimbabweans suffer from.
“The fact is that many of the Zimbabweans likely to be affected by this development have already started to seek employment in places like Canada or Australia or even other parts of Africa.”
A Zimbabwean social worker based in Wales, said: “Varikurasika papiko vanhu varikufarira kuti tidhipotwe ava? Who among us hasn’t applied for permanent residency? Furthermore, the new regulations apply to those who want to apply for Indefinite Leave to remain based after working here for five years on work permits. Isu vamwe we have naturalised already. Saka kufara kwavo ngakuite kushoma.”
Another Zimbabwean social worker based in Leicester said: “Zvema work permit izvi is affecting other nationals and I don’t think it will affect many Zimbabweans. I came here as a refugee. I am now a naturalised British citizen…”