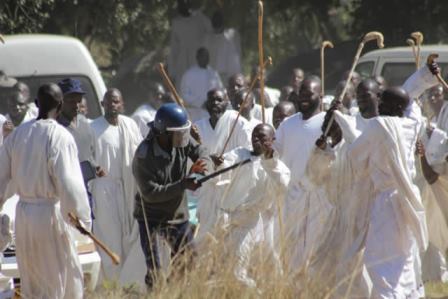 NO civilisation in the world has ever approved defamation as a healthy thing in their societies.
They all condemn it as an evil.
None of the cultures or religions of the world ever encourage anyone to spit venom with their tongues or pens.
The Bible, the Holy Quran, the Torah and Bhagavad-Gita universally renowned as the jewel of India’s spiritual wisdom, all teach their followers to shun the unbridled use of the word with their tongues or pens.
For instance, The Book of Coming Forth by Day which contains the teachings of African ancestors on the dangers of the unbridled use of the tongue or the word, teaches its people to conduct themselves in such a way that at the end of each day or their lives, each person would be able to say of himself before God and society:
“I have not cursed. I have not spoken lies.
“I have not multiplied my words exceedingly. I have not spoken scornfully.
“I have not falsely accused anyone. I have not been wrathful with my words. I have not been deceitful or guileful with my words.
“I have not worked evil with my words. I have not worked grief. I have not worked treason. I have not caused anyone to suffer pain. I have not caused anyone to shed tears. I have not stirred up strife or caused terror. I have not closed my ears to the words of right and truth. And, I have not burned with rage.”
This is so because defamation in all its various forms and disguises is the destructive use of the unbridled tongues and words.
The use of unbridled tongues and words is nowadays called freedom of speech.
It is defended in our Constitution as ‘a human right’ and not a crime.
Yet the purpose of defaming someone is to destroy them, not to build them.
To defame is to destroy someone’s fame and drag their name into the mud.
This explains why the targets of defamation are always people of good fame and a good reputation.
That is why defamation is also called demonisation and character assassination.
People with bad deeds have no character to assassinate or defame.
Their own bad deeds already defame them.
The people who defame others do so out of malice, spitefulness and hatred.
Their ultimate objective is to appeal to the nation and the world at large and mobilise support for the ultimate destruction of the person they so hate and de-fame.
Defamation, therefore, has always been a common strategy used by the West and Africans and newspapers and radio stations and TV channels they sponsor, to soil the good names of leaders who mobilise their people to resist political, cultural and economic domination by the West.
It has been said: “Those that the gods want to destroy, they first make mad.” By the same token, “Those that the West wants to destroy, they first demonise and defame.”
This is how they removed Muammar Gaddafi from power in Libya.
This is how they removed Saddam Hussein from power in Iraq.
This is how they are preparing for what they see as the inevitable removal of King Assad from power in Syria.
This is how the media in Zimbabwe and the West are orchestrating a defamation campaign for what they see as the eventual removal of President Mugabe from power in Zimbabwe, by championing for an unbridled press and unfettered destructive use of the tongue and the pen.
It must also be remembered that defamation was an effective strategy used by colonialists and Rhodesians in justifying the conquest of Africa and Zimbabwe.
The spiritual stance of Zimbabwean religious leaders, who mobilised their people to resist Rhodesian occupation of their land, was demonised and defamed as barbaric and wicked.
This demonisation was to prepare the ground for their eventual hanging.
Sekuru Kaguvi was described as a wizard and hanged.
Mbuya Nehanda was described as a witch and hanged.
Before his hanging, Kaguvi was forced to renounce his religion and resistance to Rhodesian occupation as evil and to accept to be baptised as the robber, who was crucified together with Jesus.
The name of the thief was ‘Dismas’.
The name given to Kaguvi was Dismas.
The thief asked for forgiveness from Jesus and for Jesus to be with him in paradise.
Kaguvi asked for forgiveness from Father Richartz who baptised him and to be godfather of his wife and children and convert them from their ‘barbaric’ African religion to a civilised white Rhodesian religion.
Rhodesians and the Africans and the media that they sponsor in Zimbabwe used, and are still orchestrating, the same strategy of defaming Mugabe in preparation for the justification to impose illegal sanctions on Zimbabwe and cause an outcry against Mugabe as an evil man and a dictator who must inevitably be removed from power by the ballot or the bullet.
This is the meaning of “Mugabe go peacefully or you shall be removed violently.”
The purpose of the illegal economic sanctions is to make the Zimbabwean people who voted Mugabe into power to suffer untold hunger and unbearable economic hardships and regret having voted Mugabe into power.
This is the meaning of the statement to the masses of Zimbabwe saying, “You say you have suffered.
“You have no food. You have not suffered yet. You shall continue to suffer as long as you continue to vote for Mugabe into power.”
So, the role of defamation in its various nefarious forms and subtle disguises such as unbridled freedom of the tongue, the pen or the press, is not for nation building or national healing in Zimbabwe.
Its purpose is to stir strife and cause untold suffering among the people and bring them down to their knees to beg for forgiveness from the West for the sins of ever listening to Mugabe to dare reclaim their land and heritage from Rhodesians.