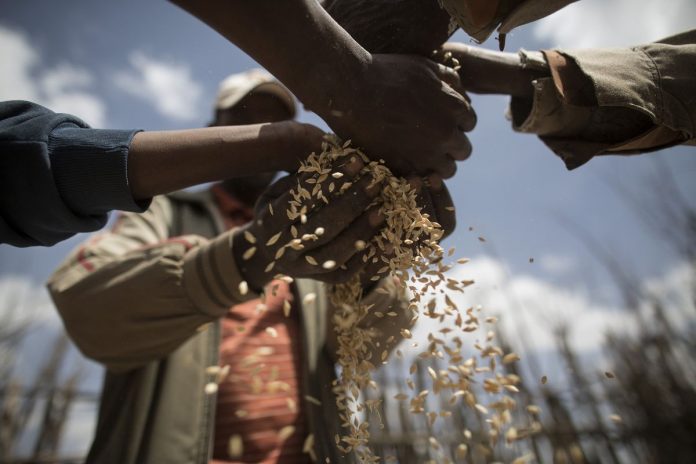 IN the course of analysing the peasant economy in the pre-irrigation era in the context of colonial Rhodesia’s Native Land Husbandry Act (NLHA), analysts have argued that the Act was not an invincible creation as it was breached several times by the growing body of pro-active peasants; leading to the abandonment of the Act in 1962.

Analysts further suggest that the success with which ‘reserve entrepreneurs’ withstood the onslaught of the NLHA, permitted this significant sector of rural society to make its presence felt throughout the struggle for liberation (c. 1965-1979).

By surviving/enduring the NLHA, the perceived ‘upper 30 percent of African producers’ demonstrated that the racist colonial machinery could not conceivably break the backbone of the rural elites nor could it dampen their march towards economic prosperity and political independence.

In fact, taken together (with the income disparities that existed between them), this resource-rich united group of peasants and their poorer counterparts, revealed that Sanyati’s society was hardly economically and socially homogeneous but very heterogeneous.

Furthermore, while the NLHA, had a restrictive effect on rural class differentiation and accumulation because of its tendency towards perceived ‘equalisation of resources’, the outcome was a skewed pattern of access to land and the framework of any rural differentiation.

The contradictions inherent in the NLHA itself made it possible for the better-off to take advantage of loopholes to enhance their accumulation prospects.

While on the one hand, the NLHA disadvantaged women, especially single women and young men, on the other, the Act produced a small class of rural capitalists.

However, the ability of this small class of rural entrepreneurs to engage in further accumulation was greatly curtailed by stipulations enshrined in the Act.

For example, with regard to the size of land; though they always sought ways to contest its provisions in spite of the futile onslaught by the colonial state machinery to ‘squash’ or eliminate differentiation, particularly at the high watermark of the implementation of the NLHA, during the 1950s and early 1960s.

The regime of ‘development’ that emerged in post-Second World War (1939-1945), in Southern Rhodesia was ordered around a naturalised racial axis that differentiated among the white settlers and African populations in a three-fold manner; that is to say, economically, culturally and politically.

Within their own communities Africans were also differentiated, as a series of legislative acts and administrative innovations were developed and devoted to the reform of four principal domains of African rural life: this is to say, the disciplining of hygienic practice, the stabilisation of the monogamous family, the regularisation of land tenure and the rationalisation of agrarian techniques.

The colonial state’s interventionistic measures were considered integral to the task of reconciling conservation imperatives with political exigencies, particularly the demand that Africans be removed from European-designated farmland while ostensibly, sustaining the promise to ‘increase black prosperity’ – a major contradiction in policy discourse.

Analysis of Sanyati Rural Reserve illustrates the importance of timing and sequence according to which hinterland regions were drawn into the prescriptive apparatus of the colonial development regime.

This malarial, tsetse-infested lowland, remote from the major axes of urban and industrial development, was located in a region distinguished by the historical absence of competing claims by European settlers to land.

Sanyati began to receive ‘immigrants’ forcibly resettled from Rhodesdale in the 1950s, at a time when the forced and hyper-rational model of development was reaching its zenith behind the passage of the NLHA.

Targeting ‘new immigrants’ who had already internalised the ‘discipline’ of development and styled themselves as ‘modern farmers’, Sanyati’s extension staff was able to institute a voluntary, cotton-based regime – one widely regarded as a model of African rural ‘advancement’.

The unfolding rural differentiation process was clearly recognised at the beginning of the 1960s, as more and more rural peasant farmers embraced the values and virtues of cotton growing.

Although social inequalities existed, as cotton became firmly established, major and intractable forms of differentiation in the manner in which power and income were distributed took root.

The intrusive effects of a market economy whose basis was cotton gave rise to a differentiation between rich and poor farmers was inclined to alter the existing social and economic traditional structures.

Old economic forms were quickly giving way to new ones. While the local staple crop, maize, was still being grown, greater emphasis was now placed on cotton growing by many rural households in Sanyati.

In this period, growing economic differentiation was no doubt witnessed and ‘co-operative’ agricultural work, known locally as ‘humwe’, became the order of the day, as wealthier members of the community who could afford a lavish outlay on entertainment for groups of young men and women to harvest their fields emerged.

The adoption of cotton in1963, was responsible for stepping up the tempo of differentiation in rural Sanyati.

Indeed, cotton cultivation and the sort of differentiation it wrought upon this rural society particularly during the irrigation era, since the area lacked an irrigation history prior to the 1960s, was to represent a prelude to the kind of agricultural and developmental policies adopted by Ian Smith’s Rhodesia Front (RF) Government when he Unilaterally Declared Independence (UDI), from Britain in 1965.

While initially there were no signs of irrigation save for the few boreholes drilled by the Irrigation Department, events between the 1930s and 1960s including the climatic and ecological conditions of the area, revealed a need for harnessing water in the Munyati River by the parastatal organisation and use it to alleviate the occurrences of frequent drought and hunger.

Irrigation was still unknown in Sanyati by 1964.

Serious engagement with the irrigation debate on the part of the colonial government only took precedence in the latter half of the 1960s.

After 1965, the Rhodesian state formulated key policy strategies to direct further irrigation development, including the creation of a central collection and marketing system at Sanyati which encouraged the continued growth of this important crop in the surrounding areas.

Later, a ginnery for the area was planned for this money-making crop that proved so profitable for the area.