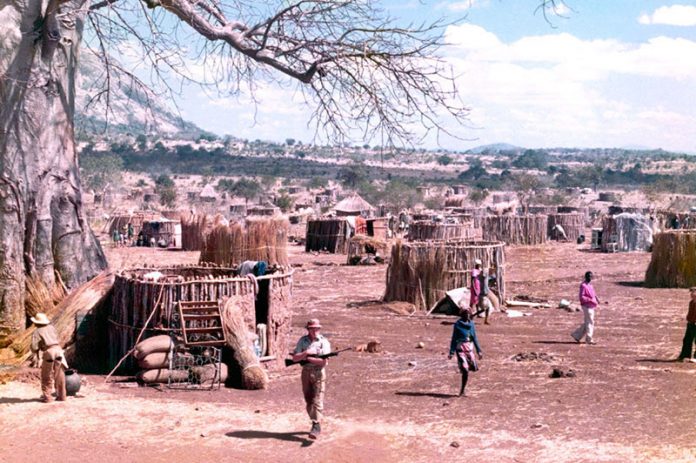 WHEN the US and the EU imposed illegal economic sanctions on Zimbabwe on December 21 2001 and February 18 2002 respectively, they had been offended by the Land Reform and Resettlement as well as the Indigenisation and Economic Empowerment Programmes.

Under the sanctions, Harare was supposed to look ugly in the eyes of the same world known to be steadfast ino protecting and defending its interests.

A strong lobby, purveyed via an aggressive local and international media campaign would then be roped in to complete the anti-Zimbabwe project and scare other nations from empowering their people.

The combination of the overtly pro-West MDC and the so-called civic society, while supposedly coming in as an afterthought to present what is termed as ‘new politics’, would ‘conscientise’ the masses and turn them against the authorities through carefully packaged messages which denied the existence of the sanctions.

But there is a tragedy with that new politics, especially when it deliberately ignores the reality of the liberation struggle and the significance of the empowerment agenda.

The scars from the liberation struggle cannot be wished away by deafeningly hollow noises of democracy, respect for ‘human rights’ among many other nonsensical platitudes forced on a nation that is practising the same through fulfilling the ideals of the struggle via the Land Reform and Resettlement as well as the Indigenisation and Economic Empowerment Programmes.

The economic sanctions against Harare are designed to convict the owners of the land for crimes against the ‘almighty’ white race which shamelessly not only killed our people but stole their land and resources.

And the West has not hesitated from making it clear that blacks cannot be allowed to own and control their land and resources for very obvious reasons.

A black people owning and controlling their land is a serious threat to the hegemonic and gluttonous plunder of the African continent’s resources.

That scenario, in the eyes of the West, is a sin against God, a reversal of what the world should be like; a paradise for outsiders who are incapable of embracing the principle of co-existence.

There is little surprise in that whites are of the view that they should own their countries and other people’s land and resources — with blacks cheering on that miasma!

Black people’s minds must be subdued and weakened so that they look for salvation elsewhere — in the West.

These blacks are brainwashed to hate their country, to believe that nothing good or positive will ever come out of their countries, yet right before their eyes are those committed farmers and miners who are toiling day and night, burdened by the weight of the sanctions to develop their country.

There is still that wish from the West that Zimbabwe must also be dealt with militarily, that it should never be controlled by its owners.

There are many blacks who subscribe to that notion, who brazenly deny the existence and reality of sanctions which are affecting their fathers and mothers across the country.

When Moscow hosts the Russia-Africa Economic Forum on October 24 2019 it will be confirmation that not everyone in the world buys into the lie that Zimbabwe’s Land Reform and Resettlement as well as Indigenisation and Economic Empowerment Programmes are a sin against the world.

Those programmes are, in fact, a blessing to the people of Zimbabwe who have embraced the opportunities availed to them by their Government.

This is why it is imperative to impress the importance of the Russia-Africa Economic Forum and unpack it from the statement that was released by Russian President Vladimir Putin last week.

Below is the statement:

“It gives me great pleasure to welcome you at the opening of the Russia-Africa Economic Forum.

The rich history of relations between Africa and Russia has never seen an event of a similar scale. Members of government agencies and business community and experts are meeting at this Forum to substantively discuss the current status and prospects of co-operation and a wide range of topical issues of the world economy.

Today, the countries of Africa are well on their way towards social, economic, scientific and technological development, and are playing a significant role in international affairs. They are strengthening mutually beneficial integration processes within the African Union and other regional and sub-regional organisations across the continent.

In recent years, the traditionally friendly ties of partnership between Russia and Africa have gained new momentum, both at a bilateral level and in various multilateral formats.

In addition to preserving our past experience of successful co-operation, we have also managed to make significant new steps forward. Trade and investment are growing dynamically, and new joint projects are under way in extractive industries, agriculture, healthcare and education. Russian companies are ready to offer their scientific and technological developments to their African partners and share their experience of upgrading energy, transport and communications infrastructures.

I hope that the Forum will help identify new areas and forms of co-operation, put forward promising joint initiatives that will bring the collaboration between Russia and Africa to a qualitatively new level and contribute to the development of our economies and the prosperity of our peoples.

I wish the Forum’s participants fruitful work and all the best.”

As we march towards the Anti-Sanctions Day, it should be made clear to the sponsors of the Zimbabwe sanctions that we will never succumb to their bully tactics.