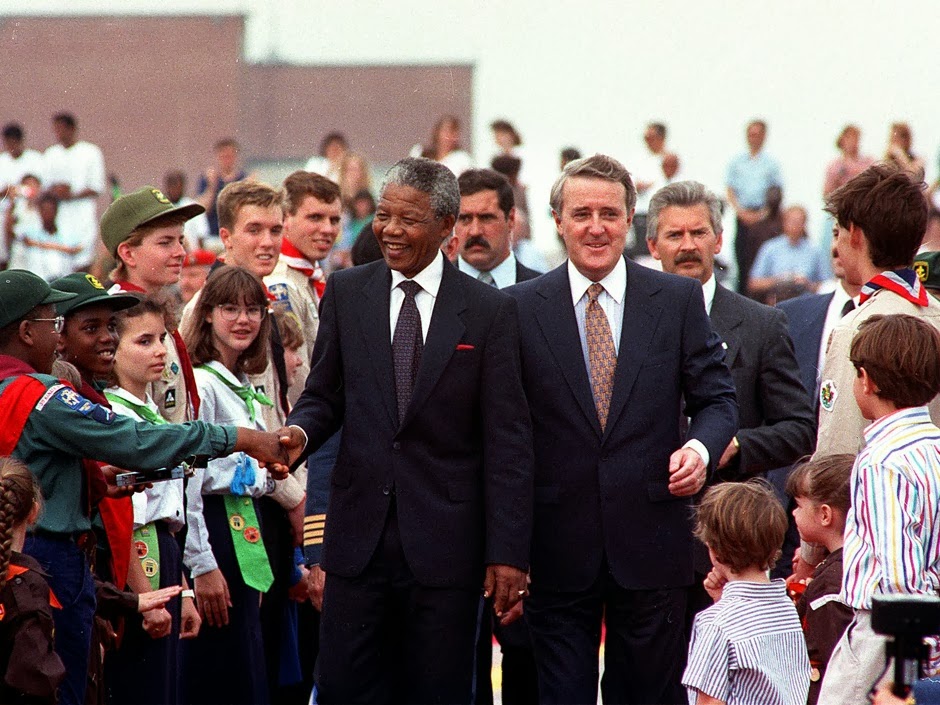 THE fiercely divided opinion on the late former South African President Nelson Mandela must be understood in the context of the struggles for economic emancipation that Africa is currently entangled in.
Since his passing on last Thursday, the West has ‘stolen’ Mandela, the same way they ‘stole’ him from Africa.
He is an African story being told by those who resented him during the days of his country’s struggle for independence.
Mandela’s revolutionary credentials before his incarceration are not in doubt.
But when he walked out of prison as a ‘free’ man, a media creation, a global celebrity was slowly moulded for us as whites negotiated deals with him to keep their colonial loot.
Reports that while in prison he held several secret meetings with high ranking apartheid officials only help strengthen those who hold the view that ideas that led Mandela to allow white capital maintain the assets they amassed during the colonial era evolved during his time in jail.
The Western media has been awash with analysis of a man revered by white capital obviously for protecting their interests from the time he was president until his death.
Predictably the analysts on the various television stations across the Western world are whites who claim to have known the man more than we do.
Politically and ideologically an icon in the eyes of many when he was incarcerated by the racist apartheid regime, Mandela came out of prison after spending 27 years behind carrying the aspirations of many black South Africans.
Yet the big question is that did he deliver?
Mandela advocated the Freedom Charter which among other things was meant to end economic apartheid.
But that was before his incarceration.
It was also as far as he could go since he literally forgot about this important document in favour of his ‘reconciliation’ policy which endeared him to whites.
The Freedom Charter stated that:
“the mineral wealth beneath the soil, the banks and the monopoly industry shall be transferred to the ownership of the (black) people as a whole…”
The above statement marked the death of the Freedom Charter and with it the dream of the impoverished South Africans.
Why then is the West giving this man rave reviews on a personality that brazenly abandoned the African dream in favour of oppressors?
It was not only the Freedom Charter that fell victim to Mandela’s benevolence, the Reconstruction and Development Programme (RDP) whose thrust was to improve the economic conditions of black South Africans also suffered stillbirth.
Mandela’s argument for the abandoning of the programme might have infuriated South Africa but the euphoria of independence meant that the majority would for a while enjoy freedom.
“Every process incorporates a change,” Mandela argued.
Writing in the Monday issue of The Herald, prominent analyst, Amai Jukwa contends that Mandela was used by white capital to promote the hegemony established in the days of South Africa’s liberation struggle.
“In this piece we make the case that Mandela was essentially used by white capital and that the fawning adoration expressed by white people is insincere and self serving,” reads Amai Jukwa’s report in part.
“What appears to be love for Mandela is actually self-love, a subconscious act of white self-preservation.”
Despite defiantly portraying him as an icon who sacrificed 27 years of his life to ‘free’ the people of South Africa from colonial bondage, a legacy being forced on us through an aggressive and sustained media onslaught by the West facts on the ground show otherwise.
Even those who were once close to him disagree with the notion that Mandela ,after prison, did anything significant for blacks.
“Mandela did go to prison and he went in there as a young revolutionary but look what came out,” Winnie Mandela his ex-wife said in an interview in 2010.
“Mandela let us down. He agreed to a bad deal for the blacks.
“Economically we are still on the outside. The economy is still very much ‘white’. I cannot forgive him for going to receive the Nobel with his jailer de Klerk.
“Hand-in-hand they went. Do you think de Klerk released him from the goodness of his heart? He had to. The times dictated it, the world had changed.”
What Mandela leaves behind is a legacy that will for many years be a subject of intense debate mainly on issues of wealth redistribution and creation for the black people in South Africa.
He will be remembered as a leader who rejected calls for nationalisation of land and minerals.
For South Africa, Mandela deferred a dream, a dream many want to come to fruition.
As the grieving nation picks up the pieces and moves on without their beloved Mandela, the reality is that they will once again face grim prospects of an economy firmly in white hands.
Economic emancipation is still but a dream for the majority in South Africa.
Go well Tata Madiba, you served your cause.