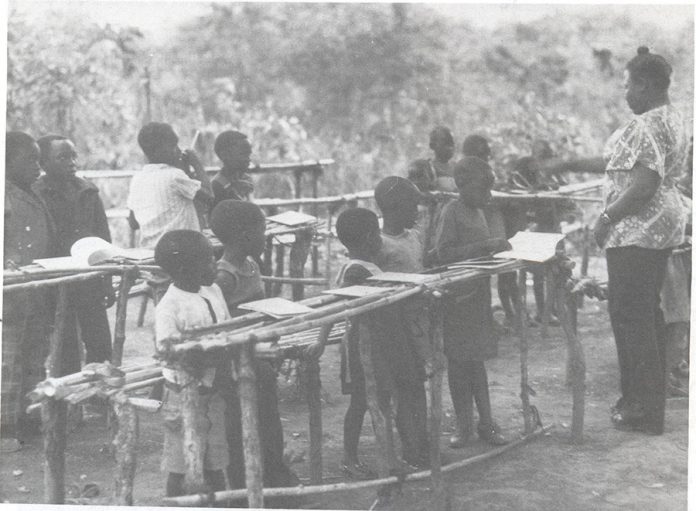 IT was early July (1978) and I was seated on the hillside reading some revolutionary literature, at the same time trying to warm myself from the July morning sun.

It was a month since I had been brought to Pasichigare Camp in Mozambique.

I had not been told how long I would be there, but in war, I learned certain things cannot always be spelt out.

One always had to be ready for anything, literally.

“Ropa!” someone called out to me from inside the camp.

I was directed to a Landrover parked near our barrack.

A man, whom I surmised was a senior comrade, was standing by the truck.

As I got closer to him, he curtly directed me to go back and come back marching like a soldier.

I did, came back marching and saluted.

He told me to get my kitbag and we would be on our way.

I can’t say I was too surprised because I was getting used to the ways of the liberation struggle.

The comrades I had befriended over the month would just hear, perhaps from the camp commanders, that Ropa had left. Perhaps they would not know where to, perhaps never to meet again.

I recognised this senior comrade as one of the two who had brought me from Gondola to Pasichigare.

And now, we were heading back to the beginning – Gondola.

The senior comrade never spoke a word on the way to Gondola.

When we got there, he did not say: “I have brought you here, this camp is Gondola and you are going to stay here doing abc.”

He just handed me over to the late Cde Sheba Tavarwisa who was then deputy secretary for Education and Culture, second in command to Cde Dzingai Mutumbuka.

Cde Tavarwisa welcomed me warmly and gave me a brief orientation of how I would live at the camp.

Later that day, she handed me over to Cde Mushatagotsi who was the chief research officer in the Department of Education and Culture.

He told me he was happy to have more hands in the Research Unit and said my first assignment would be an analysis of Rhodesia’s colonial education.

From there, he said, we would see how to correct it and prepare the new education for Zimbabwe.

In that instance, it was clear Gondola was my station and the work I was going to do in the liberation struggle was outlined. I was in a state of shock, quite upset.

I had left school to join the liberation struggle.

I had completed three years of a four-year Bachelor of Arts Degree and Concurrent Certificate in Education and I was being assigned to the Education Department.

Why had I left school then?

What I expected, and wanted, was to be assigned work directly related to the front.

This had been my dream and had come so close when I got to Pasichigare, a military camp nestled in the hills and forests.

I expressed my displeasure to Cde Mushatagotsi.

However, Cde Mushatagotsi was very patient with me.

He explained that when people join the liberation struggle, the Party decides the best way each comrade can serve.

The Defence Department was only one and there were other departments equally important in advancing the war.

The departments of health, social welfare, security, commissariat and education, among others, were all necessary.

The Department of Education, he explained, was necessary not only for looking after the comrades who were too young to be trained as fighters but also to prepare for education in the new Zimbabwe.

A free Zimbabwe would have a new education, different from the colonial one and we had to develop it.

I heard him, but for the longest time I was not at peace.

This is not why I had joined the liberation struggle.

Gondola was a temporary camp, housing children who had survived the Chimoio massacre.

It was not too far from Chimoio Town.

The camp was set up on an elevation and consisted of white brick buildings.

It was not designed for wartimes as the buildings were in the open, with absolutely no cover.

There were lots of pine trees on one side of the buildings and an orange orchard on the other.

From the sky, the white buildings stood out, a perfect target for jet bombers.

We would, however, still wake up for our bath in the river at dawn, attend the morning parade, go for our duties and come back for the 8am parade.

Classes would begin thereafter, under the pine trees for cover. Each class was beneath a pine tree and there were enough trees to house each class separately.

The evening parade was at 5pm and after the parade, we would all go to the river for our evening bath.

In the meantime, I had started working on the analysis of the Rhodesian education system.

I worked with Cde Mushatagotsi in an office in one of the buildings.

It was my second week at Pasichigare, on a Sunday evening.

I was coming from my evening bath when I felt some shocks in my legs as I approached the camp.

The closer I got to the camp, the stronger the shocks became, so strong I thought I might buckle; I didn’t understand.

“Comrades what’s going on,” I shouted to some who were already on the lorries with their kitbags.

“Ropa come!” you’re going to be left behind.

“Go and get your kitbag.”

I wondered where we were going?

The whole camp was in upheaval.

I rushed to the barrack and collected my kitbag and embarked. By nightfall, we were on our way.

I had no idea where to, no-one knew.

The shocks did not stop, even as I was on the lorry among others.

To my greatest surprise and jubilation, when we landed, I found myself back at Pasichigare, my dream camp.

The sight of the thatch postos and barracks nestled under the trees was the greatest military encampment one could dream of and, besides, it offered the best cover.

Everyone, particularly the children who had just been through the Chimoio attack eight months earlier, felt safer and more settled.

So I was back at Pasichigare.

It was a most interesting puzzle.

That is were Cde Josiah Tongogara and Cde Emmerson Mnangagwa were based.

The two senior comrades who had driven me to Pasichigare when I first arrived in June were Cdes Tongogara and Mnangagwa.

The senior comrade who had driven me to Gondola from Pasichigare was Cde Mnangagwa.

At Pasichigare, we learnt that the Party had relocated the Defence and Security Departments elsewhere to make way for children so that they could be in an encampment where it was possible to defend them.

It was surrounded by hills and hillocks up to almost 50 percent of its perimeter.

There were plenty of trees, unlike Gondola which was such a perfect target for the enemy.

The Security Department had intelligence that an attack on the children was imminent and the Party had taken the children to its bosom, where defence and security was headquartered. Such was ZANU’s love for the children.