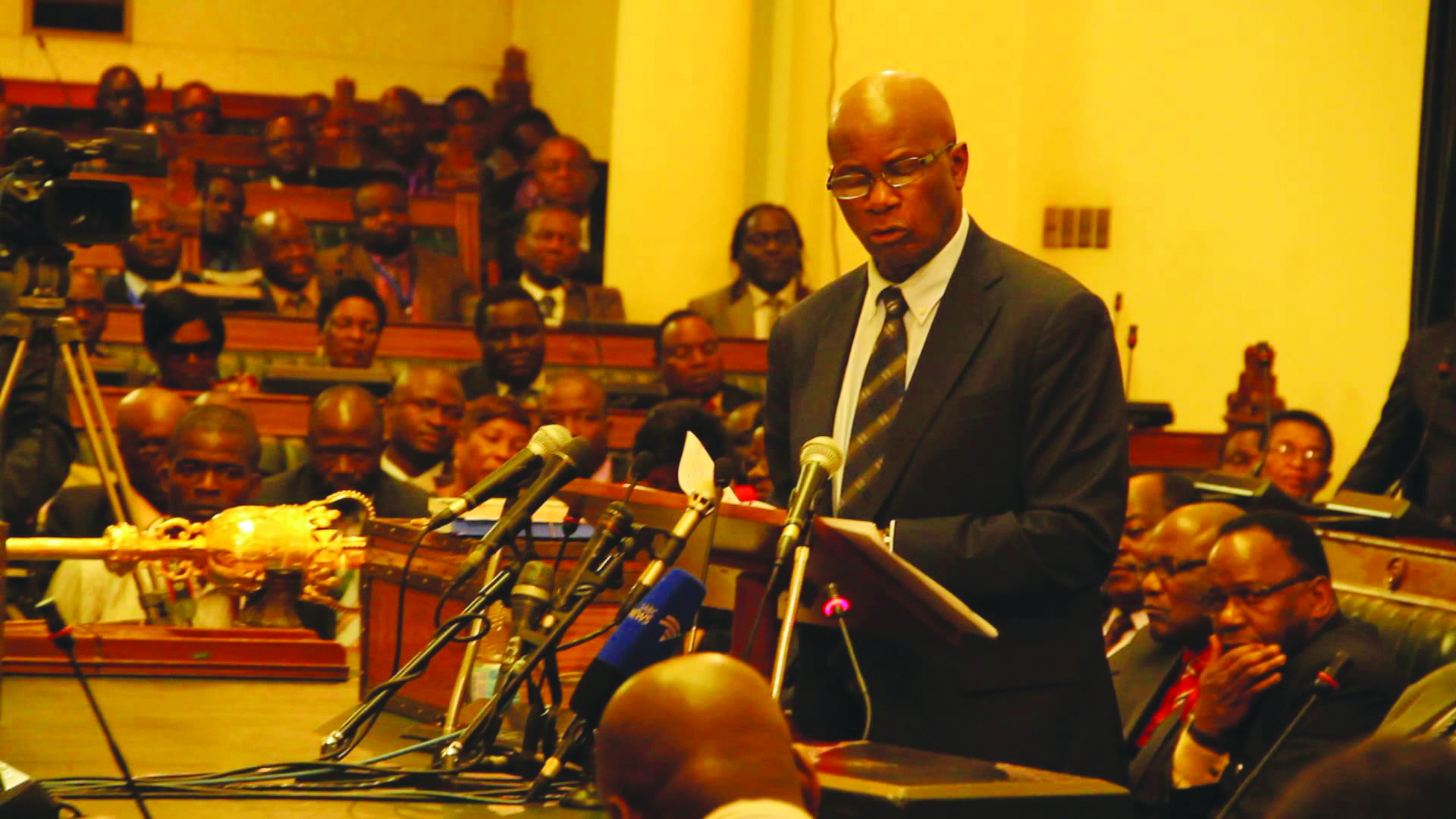 AS Zimbabwe enters into a new economic dispensation characterised by what has been dubbed the ‘new economy’ by Finance Minister Patrick Chinamasa there is need for everyone in the country to embrace the banal fact that we are starting from ground zero.
The starting point of this new economy which is emerging from a previous structure in which the white minority owned and controlled the means of production at the expense of the majority is that we need to believe in ourselves.
The self-defeatist attitude that is prevalent must immediately be done away with and replaced by the view and simple truth that we are starting afresh and that we will conquer as a people and as a nation.
We must know that we did not own anything in the previous economy.
It belonged to others.
The farms, the mines and the industries were owned by foreigners and whites.
Now that we have taken over the levers of the means of production, there is need for new thinking, commitment and dedication to the cause of our nation.
Most importantly we must be developing ideas shaped around the fact that it is none but ourselves that will build this economy.
So far our Government has opened up opportunities for the majority through the revolutionary land reform and resettlement and the ongoing indigenisation and economic empowerment programmes.
Driven by a new clientele of resettled farmers and indigenous enterprises there is need for Government to take heed of the structural changes that have taken place in the economy through massive financial support to these groups.
While these factors point to an unprecedented economic boom, there is need especially for those in Government and positions of authority to know that it can never be business as usual in reshaping the country’s economy.
Bureaucratic tendencies, corruption, a general lethargy and incompetence have in the past stifled potential economic development and growth.
Government must take advantage of the palpable optimism engulfing the people following ZANU PF’s resounding electoral victory in the July 31 harmonised elections to shape and propel the ideology of hard work and self-belief among the people.
What this means is that we must have people ready to work at all levels starting with Government departments that have in the past been the Achilles Heel in our efforts to fully empower and develop the country.
There is need for the Government to create an enabling environment that promotes meaningful partnerships between government, private sector, the new economic players and international investors.
On the other hand, the indigenisation programme as President Robert Mugabe has repeatedly said is not about grabbing foreign owned companies, it is about establishing and building new entities.
We need to have more Strive Masiiwas who can build global enterprises using local resources.
We cannot continue to hang on to the dead dream that foreign owned companies will rise from the ashes, they were not our own.
President Mugabe has urged Zimbabweans to start their own companies and turn them into highly lucrative ventures and the message must find takers.
There is a disturbing warped mentality that we cannot do anything without whites and foreigners.
As Minister Chinamasa said during the 2014 National Budget policy consistency, credibility, certainty and transparency are critical blocks for confidence building in the domestic economy, the onus is on Government to maintain these pillars.
Despite messages to the effect that the indigenisation programme will ‘scare’ away investors, evidence on the ground points to the contrary.
A recent report by a local daily shows that foreign inflows on the Zimbabwe Stock Exchange rose by close to 40 percent last year.
Interestingly more of the inflows came in the second half of 2013 after ZANU PF’s crushing victory in the July 31 harmonised elections.
Another report by a local weekly, The Sunday Mail said the Government and some indigenous partners are set to get a 50 percent shareholding stake, without making any financial contribution, in a US$1 billion deal that will see South African-owned Mining, Oil and Gas Services Company (MOGS) construct a second 550km fuel pipeline from Beira to Harare.
While these developments are no doubt an endorsement of the country’s indigenisation programme, there is need for locals and the Government to come up with innovative ways of ensuring that the envisaged new economy takes off without any hindrances.
New plans for towns surrounding farming communities that have seen massive growth must be put in place.
There is no doubt that the land reform and resettlement programme which has begun to bear fruits will in the next coming few years spearhead the development of infrastructure throughout the country.
There is need for Government to start planning for the growth and development now.
Obviously new entrepreneurs, who are benefiting from the ongoing indigenisation and economic empowerment programme will in the near future require places to do their businesses.
The same applies for artisanal miners formerly known as Makorokoza whose operations have been formalised.
They too will require infrastructure for their operations.
What we will witness in 2014 going forward is the unprecedented economic growth never seen before.
It’s time for Zimbabwe to unleash its potential.
Let those with ears listen.