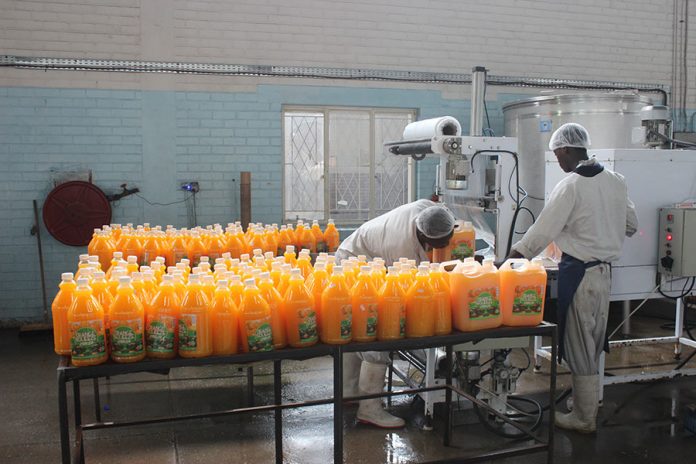 GOVERNMENT is happy with progress made so far under the Ease of Doing Business exercise, which has seen eight out of 14 laws being passed and two more, the Public Procurement and Disposal of Public Assets Act, and the Movable Property Securities Interests Act tabled.
Deputy Chief Secretary in the Office of the President and Cabinet, Dr Ray Ndhlukula, recently said Government was happy with progress recorded in so far as ease-of-doing-business reforms are concerned.
“So far so good,” said Dr Ndhlukula.
Dr Ndhlukula said the gazetting of the Public Procurement and Disposal of Public Assets Act will bring order in the procurement process, which has previously been abused by officials on the State Procurement Board (SPB).
“The whole objective of the Public Procurement and Disposal of Public Assets Bill, which is now a law, is that we are now decentralising procurement to all Government ministries,” said Dr Ndhlukula.
“In other words, procurement will no longer be done by the State Procurement Board as we all know it because it is now a regulatory board (the Procurement Regulatory Authority of Zimbabwe).
“It (SPB) would enforce compliance with the Act as well as supervise and ensure that all the procurement entities follow the rules and regulations of procurement.
“So we are going to have more than 200 ministries, departments, parastatals and local authorities, actually doing the procurement at their level.”
He said the Government departments were compelled by law to set up procurement structures which must have committees made up of qualified members.
In the past, the law paid scant regard to qualifications of people responsible for procurement in the SPB, creating avenues for abuse.
Said Dr Ndhlukula: “We are professionalising the whole procurement process to make sure that we have competent people and foster the whole ethos of transparency and accountability.
“So we are not going to have ordinary people as has been happening all along. We are now going to have professional people so that they are guided by the rules and regulations of that profession (procurement).
“In other words, if they divert, they can be punished by that body at a professional level.”
As a regulator, the Procurement Regulatory Authority of Zimbabwe’s role will include advising Government, setting standards and guidelines, training and professional development.
The new law will see to it that those who break the law are brought to book.
So wholesome is the law that even procurement of sundry items in Government will be harmonised.
In other words, all Government departments will be buying goods at the same price, unless in cases where procuring entities can prove that they can buy the same quality at a relatively cheaper price.
Under the new Procurement Act, contracts will also be awarded to companies that have the ability to see them through at the lowest possible cost to Government.
Other laws that are being worked on include the Companies Act, which is still under peer review, according to Dr Ndhlukula.
The new Companies Act is expected to be tabled before year-end.
Government wants a new Companies Act to replace the existing one, which has been widely condemned for a number of anomalies, including allowing the functions of shareholders to overlap, causing chaos in the operations of firms.
The stakeholders who have been instrumental in the creation of the new Companies Act include the Institute of Chartered Accountants of Zimbabwe (ICAZ), the Institute of Chartered Secretaries of Zimbabwe (ICSAZ), the Bankers Association of Zimbabwe (BAZ), SMEs and the Employers’ Confederation of Zimbabwe (EMCOZ), among others.
In his 10-Point Plan delivered during the State of the Nation Address in August 2015, President Mugabe called for an overhaul of the Companies Act in line with the Rapid Results Approach framework and promised that Government would push for a ‘robust legislative framework’ to establish a One-Stop-Shop Investment Centre that streamlines processes and procedures.
The Companies Act had been targeted for completion by December 2015 but the need to develop a new one stalled the plan.
Expectations were high that the new Companies Act would be gazetted last year but again, the target was missed and hopes are now high that the process would be completed this year.
Government is keen on improving the ease-of-doing-business in the country so as to attract investors who have been miffed by the bureaucracy and high-cost-of-doing-business in the country.
According to the 2017 World Bank ease-of-doing-business rankings, Zimbabwe is number 161 out of 190 countries – from 156 last year – due to complications and the high costs associated with starting a business, accessing credit, payment of taxes and enforcing contracts, among others.
Thirteen other Bills are currently in Parliament at various levels of debate and, once concluded, would immensely improve the doing business environment in Zimbabwe.
Already, improvements on the World Bank ease-of-doing-business rankings have been noted in the area of ‘resolving insolvency’, which gained five points and moved from position 150 last year to 145 this year.