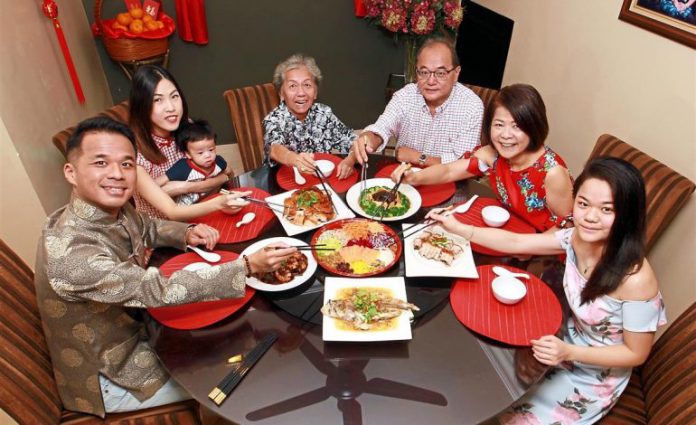 IT is now the new year’s period for the Southern hemisphere and Africa in particular.

Winter ended with the winds of seasonal change called monsoon returning south-west from the north-east.

With the return of the sun, rains are now possible and already Zimbabwe has experienced cloud cover and light showers as a sign of the change of seasons.

The trees are springing back to life, with their leaves recovering from winter wilting.

Flowers are also blooming and bright colours, like purple, are manifesting to attract nectar-collecting and pollen-spreading insects, like bees.

So it is obvious we are at the beginning of a new year, yet we continue to be unobservant of this period which is set-up for traditional festivities like rain-asking and offering ceremonies (mapira).

Western clerics and educators deceived us into celebrating the new year the same time that they do in the Northern hemisphere. This displays ignorance and shallowness on our part, because if the seasons differ between north and south, so do the times of year beginnings and year ends.

As the sun is coming up to the south, it is leaving the north, bringing spring and then summer to Zimbabwe and leaving autumn and winter for places like China.

A new year is marked by the end of winter and the return of the sun.

It must be emphasised that January is not the first but the fourth month of the year in Zimbabwe. It will already be raining by then, with the crops summering and their first fruits almost ready for consumption (zhizha).

Likewise in the Northern hemisphere, winter will still be at large, with places like England and the US covered in snow.

This means the West is also ignorant of the actual date and period of new years.

Only places like China and Israel have resorted to tracing the actual period of new years because they make use of traditional time calculation methods.

The traditional method of calculating time is counting the moons and heeding the moon phases.

This is known as a lunar calendar and it is the one given to us by God and nature to be certain of what time of year we are in.

In combination with marking seasonal changes, one can determine the beginning of the year with certainty.

With the retreat of winter, one simply has to identify the phase of the moon.

If it is waning into darkness, then that is probably the last month of the year.

The new moon will be the first month of the new year and when it waxes into its 14th day, it becomes a full moon.

Our ancestors called the full moon ‘mwedzi muchena’ (white moon) and this was the time they would make sacrifice under the moonlight, particularly in this period of early spring.

Besides observing the formal rites of clapping (kuombera), making requests (kukumbira) and so on, these celebrations involve returning to one’s village, sacrificing animals, preparing millet wine (mhamba) and then feasting, drinking, singing and dancing.

With the beginning of summer comes an end to the observation of most traditional ceremonies in Zimbabwe.

In China, they observe their spring festival or new year in similar style to our traditional ceremonies by returning to their hometowns, meeting with family and feasting.

Now let us look at the specific dates of the first month of this year in Zimbabwe, and also the date of the ‘mwedzi muchena’ offerings.

The new moon or first day of the first month of the new year in Zimbabwe was on September 29.

The first day of the full moon (mwedzi muchena) will be on October 12.

The new year festival is celebrated not on the first, but the 14th day of the month, often beginning at twilight.

Our ancestors and also those of Hebrew origin and Chinese people made celebrations at night time because the 14th lunar day, or second Sabbath of every month which will be the first day of the full moon.

The moon remains somewhat full for about four nights during which the celebrations continue.

On the first day of the full moon, the moon emerges from the same point that the sun rises, at approximately 6pm.

It behaves like the sun’s nighttime equivalent which assumes the same movement daily at approximately 6am.

This allows for the festivities to carry on all night if need be, in a feat that our ancestors called ‘pungwe’.

We are currently not in tune with the actual times of our hemisphere because of colonially inherited education systems.

To our ancestors: ‘Kupfuudza mupiro’ or observing a sacrifice at the ordained time was a key part of receiving blessings from Mwari (God), particularly adequate rainfall for growing crops and forage grass for their livestock.

The Chinese incorporated their spring festival into their national calendar and thus this sacred period is recognised as the most important public holiday in China.

But Africans uphold foreign festivals like Christmas with the same reverence.

No wonder good rain years have become fewer and spaced out.

Maybe our ancestors were right to think there is a bad omen in not observing the traditional ceremonies.

After all, they enjoyed significantly better rains that allowed them to have rice pools (matoro emupunga) in a way that we cannot currently do.

With the demonisation of ancestral values, particularly by the missionaries and their Christian churches, a return to making offerings and sacrifice traditionally is hard to come by.

However, true freedom, independence, sovereignty and intelligence will only be seen when Africans become African. That involves using the modern knowledge we have acquired to enrich the same traditions and culture we inherited from our ancestors.

This facilitates for true growth which can be seen among the Chinese who are world renowned for conserving and enriching their culture and traditions.

It differs from replacing one’s culture and tradition with Western ways in the way most Africans currently do.

This displays traits of neo-colonialism, cultural disorientation and rootlessness on the part of the African.

Is it then surprising that foreign holidays, like Christmas, usually hold the highest death toll owed to crime, road accidents and alcohol abuse?

Mwari, our God, is obviously against the observance of Western festivities.

After all, we never had a mandate to follow them in the first place because they were and still are not part of our tradition or culture.