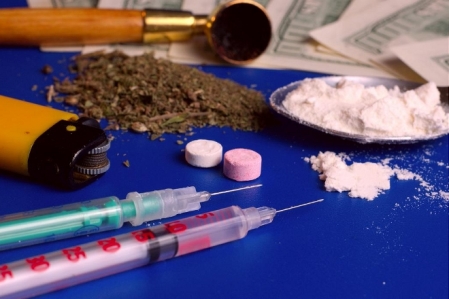 THERE comes a time when a mother cries herself to sleep, querying her parenting skills, even asking herself if she could have done differently in the way she raised her child or children.
You blame yourself for not being hands-on and it pains more when you hear people being judgmental and querying your mothering skills. But you take solace in reminding yourself of the adage: Mugoni wepwere ndeasinayo, or akazvara sekera mudende, both which mean that as long as one has a child or children, that person should not be judgmental about other people’s parenting ability.
I went through these emotions in 2009 when my son was imprisoned for 18 months for assault and theft, which in legal terms is also known as robbery.
I am going through the same emotions now that my son is back in prison, this time for a more serious crime and even a longer sentence.
But in my grief I realise that I am not the only mother or parent who is enduring these emotions of self-doubting as a parent. Talking to people, I realised that my situation is better than for many parents.
One friend told me how heart-breaking it was for her Zimbabwean neighbours, who, one day last year, found the police on their doorstep to break the most painful news to them that their 21-year-old son had been found dead in a friend’s room. More shocking was the discovery that their son had died of an overdose from illegal drugs. They never suspected that he was taking any drugs, so the news was more shocking than probably the fact that their son had died.
As my friend narrated that ordeal, my mind raced back to an incident I witnessed a few years back, when a man died of drug overdose in a public toilet. I had gone to the park with my children and we were enjoying our day out, oblivious to the fact that someone was dead in the toilet in the park. Someone in the park raised the alarm and alerted the police after he noticed that the door of one toilet cubicle remained locked although he could see someone’s feet (shoes) from beneath the door each time he went into the toilet.
The police came, broke the door and indeed there was a dead man slumped on the toilet seat and next to him were needles that he had used to inject himself with drugs. He was someone else’s son or someone else’s father.
I am not alone in my despair. Some of my friends told me about how their sons have become drug dealers or got hooked to drugs. Other Zimbabweans, and Africans in general, are in prisons for driving offences, fraud, assault, domestic violence, forgery, immigration issues and theft.
But most foreigners, especially Jamaicans, Nigerians and to a lesser extent Zimbabweans, are in prisons mainly for drug trafficking.
A report published by the Ministry of Justice (2014), said there were 10 649 non-UK passport holders in England and Wales prisons by end of March in 2014. Although they came from over 159 countries, more than 50 percent of the foreign prisoners were from Albania, Jamaica, India, Poland, Ireland, Romania, Pakistan, Lithuania, Nigeria and Somalia.
Black people are over-represented in the UK criminal justice system.
Only God knows!
A report published by Prison Reform Trust shows that about one out of 10 prisoners in the UK is an ethnic minority and 10 percent of prisoners are black and six percent of prisoners are Asians.
In America it’s the same situation.
In July 2015, President Obama acknowledged that there were too many black people and Latinos in US prisons. Acknowledging that the law enforcement was ‘treating young black and Latino men differently than their white peers’, he said: “In far too many cases, the punishment simply doesn’t fit the crime… This is not just anecdotal. This is not just barbershop talk,” he said. “The statistics cannot be ignored. We cannot close our eyes anymore,” (The Independent).
The BBC’s report (October 2006), asked the million-dollar question: “Why do Black People do Crime?” The article went on to state that: “A group of MPs will get together to ask why there are so many young black people involved in crime. What’s driving them to crime? …Black youngsters are five times more likely to be in prison and six times more likely to be stopped and searched.
They’re also more likely to be refused bail with 12 percent of black 10-17-year-olds remanded in custody compared to seven percent of white counterparts. Are they victims of the system or themselves?” (BBC News).
Last year I attended the funeral of a black Caribbean colleague, born and bred here in the UK. What was very significant at the funeral was the presence of prison officers who had brought her two sons to attend their mother’s funeral.
It broke my heart. I wondered what was going on in their heads as the body of their mother lay motionless at the altar.
Since I knew her in 2000, her two sons were in and out of prisons and she used to juggle between two prisons to visit her beloved boys, who had let her down.
One thing that I have realised is that it is not easy to raise black boys in this country, because they are more likely to end up entangled in the judicial system.