Home Old_Posts No to Afrophobic attacks! 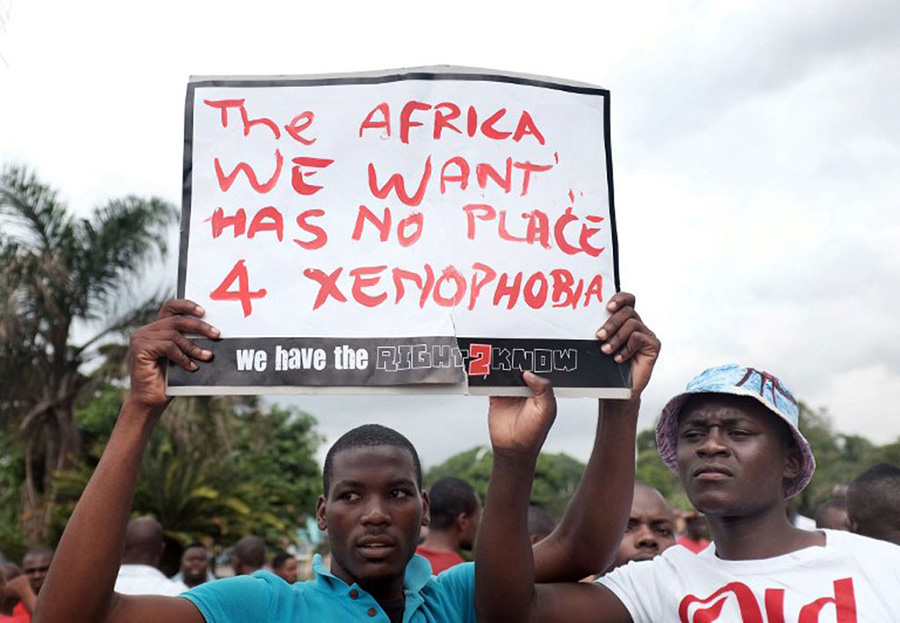 EDITOR — THE recent violent disturbances in South Africa, mainly in KwaZulu-Natal, are a cause for concern.

We talk of African unity, yet scenes on the ground point to bloodbaths.

This is not even xenophobia but Afrophobia by people full of self-hate.

South African law enforcement agents have been implored to identify and prosecute people involved in recent attacks on foreign nationals, but that is not enough.

There are white, Indian and Arab foreigners in SA who are not affected by these attacks — what is wrong with us black people?

These attacks on fellow brothers and sisters in Sydenham and Overport areas in KwaZulu-Natal last week are beyond comprehension.

Members of the African National Congress (ANC,) People’s African Congress (PAC) and other liberation groups found a home in Zimbabwe, Zambia, Tanzania, Mozambique and other countries as they fought for freedom from apartheid.

I smell an elite class behind these skirmishes as they stand to benefit.

This is setting blacks on blacks while the whiteman smiles in the background.

It’s a dirty political game that needs the South African Government to unravel.

African economies’ growth depend on contributions from others on the continent.

No one country is an island. Movement of people, goods and services see the African continent inter-trade building up economies.

For a few misguided South Africans to think they can go it alone is sheer madness.

We are Africans; we are one.

Before colonisation, we had no physical borders.

Borders are a colonial relic which today see us viewing each other as foreigners.

No to brainwashed minds: One Africa, One People!

Behind bars is where the rogue Afrophobic small minds belong.