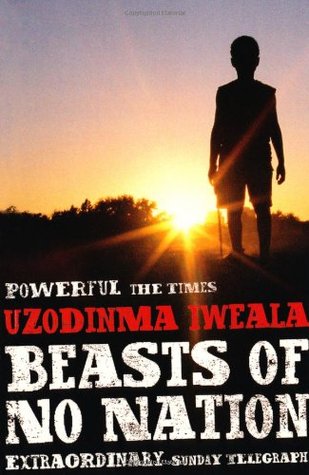 Beasts of No Nation

DESPITE the commemoration of Africa Day annually, armed conflicts continue to be a challenge in some parts of Africa.

The current conflicts in Africa are no longer for the quest of independence where Africans were fighting colonialism.

Current armed conflicts reflect the greed and folly of Africans fighting each other to gain political mileage and to own and exploit resources.

The conflicts in the eastern DRC, Somalia and northern Nigeria are just a mirror of how African rebel groups continue to torment their kith and kin in the name of competing for power and controlling of resources.

The war in the DRC has been recorded as one of Africa’s deadliest, with an extensive number of rebel groups killing and displacing millions of people.

It is sad to note that while conflicts continue to hamper development of the continent, basic human rights are also infringed upon.

Such conflicts have claimed the lives of civilians, fuelled more cases of rape and encouraged the recruitment of child soldiers.

Under review this week is a book titled Beasts of No Nation by Nigerian-born Uzodinma Iweala.

It is a book that goes into great depth to show how a nation facing an armed conflict can lose so much, including innocent lives and a generation.

Written from the perspective of a child soldier, the book does well in narrating the plight of Africans and children forced to take part in these wars.

Agu, the narrator and young protagonist, is forcefully conscripted into a rebel group that initiated him to be ‘man’ so that he could kill, rape and torture innocent people in the belief that he is in a war and fighting the enemy.

He faces experiences foreign to him, at the same time becoming a victim of sodomy from the leader of the rebel group.

Author Iweala does not hide the truths of how armed conflicts can not only destroy the physical appearance of a place but can extinguish the psyche of those involved in the conflict.

“I am liking to see people running from me and people screaming for me when I am killing them and taking their blood. I am liking to kill,” Iweala quotes Agu.

It is a reflection of the real issues Africa faces as children are forced to do things that are so atrocious and can turn them to monsters.

It is disturbing that Agu is forcefully taken as part of a rebel group that initiated him into the group by killing an innocent man.

Agu narrates his initiation: “Then I am hitting his shoulder and then his chest and looking at how Commandant is smiling each time my knife is hitting the man.”

By using a child narrator, the author ensures that nothing is left out and does well in highlighting a young life which is changed from innocence and corrupted into losing conscience of being a normal human.

Writes Iweala: “I am remembering the soldiers who are coming to my village and I am holding my machete closer. I am liking how it is feeling in my hand, like it is almost part of my body. I am looking at the man and looking at Strika and saying to myself it is time to be killing.”

Beasts of No Nation is also a reflection of the operations of rebel groups that are used to fight a battle of issues unknown to them.

To many of them, everyone not part of their group is an enemy and as a result of ignorance, many fight and kill for the sake of just doing it.

In the abduction and recruitment of Agu and his friend Strika, the author exposes how many children in Africa are forced to be part of the rebel groups against their will.

An innocent Agu is involved in the monstrous acts of a war which he himself does not understand.

He is too young to identify that the enemy is not the peacekeeping UN soldiers and the innocent villagers he is told to kill.

“And then I am thinking of all the things I am doing. If they are ordering  me KILL, I am killing, SHOOT, I am  shooting , ENTER WOMAN, I am  entering woman and not even saying anything even if I am not liking it.

“I am killing everybody, mother, father, grandmother, grandfather, soldier. It is all the same. It is not mattering who it is, just that they are dying,… I am thinking that I cannot be doing this anymore,” writes Iweala.

In Beasts of No Nation, the author also reflects on the effects of armed conflict.

As Agu narrates in the story, one is able to pick the poverty associated with conflict, even to those fueling the conflict.

Notes Iwealu: “People are just wanting to wear anything that is looking like uniform. I am not even having one uniform because I am too small.

I am just wearing my short and shirt and taking from village we are looting one day.Hunger is attacking me because I am not eating anything since so long…. Sleep is attacking me and I am beginning to think of my village.

I am wishing that I am having boot or canvas shoe so my feet is not hurting.”

Although the author finishes his story with Agu free from the armed conflict, it remains known that some conflicts in Africa continue unabated.

African Governments should work together to ensure that there is peace on the continent.

After all, Africa is the cradle of mankind!