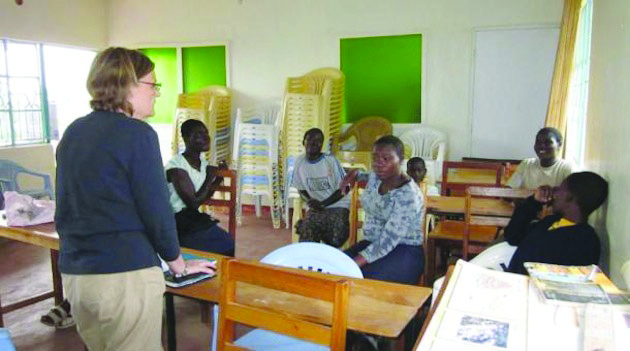 LAST week we looked at the first part of a two part sequel on corrupt entities.
Yes a lot of noise is being made by non-governmental organisations (NGOs) and a lot of funding is now being given to them.
But this week in this last part, I would like us to analyse the corruption that has not even begun to be exposed of an underworld of NGOs.
NGOs and the parastatals they claim to be shaming so as to get more funding are a case in my opinion of the pot calling the kettle back.
I have since time immemorial pointed to the underhand dealings that are done in NGOs.
From those who give consultancies to ‘friends’, and then receive a kick-back to those who pay kick backs to donor community staff members so that they can get funding for their project.
What then is the NGO community saying if it is failing to reveal its own Pandora’s Box for public scrutiny.
How do you point at the speck in your friend’s eye when you have a log in yours?
I am calling upon newspapers to investigate and expose the corruption that is taking place in NGOs.
It should be exposed because these are people who are busy making money from the poor and vulnerable communities in Zimbabwe.
I once visited what is called in NGO lingo a ‘best practice’ organisation.
The first thing you will see in this organisation is a display of the budget for the year, the amount of funding received and how much is actually going into the communities.
That is the transparency that Transparency International Zimbabwe is talking about, right.
But if you were to go to their organisation, you would not even see a hint of how much they have received and for what and meant for who?
This is the start or rather the beginning of where the accountability and transparency cycle should begin.
It is called walking the talk.
Show me your faith and I will show you my works mentality.
How do you even dare to demand to see a budget from the government when you have not shown your own budget?
Is that not true accountability?
On the one hand NGOs want to name and shame everyone else and on the other hand, they are busy hiding their underhand tricks and wanting all of us to think that they are angels.
That is true hypocrisy at its best.
Communities in Zimbabwe are suffering yet NGOs are busy sitting on large pots of donor funding and squandering them in the city centres.
You will find them at the Meikles, Crowne Plaza, HICC, holding one high level meeting after another for a community problem in Tsholotsho and then after spending US$10 000 on a three days workshop, they go and fund market gardening in the community worthy US$500!
Where is the logic in that?
This does not need rocket science to see that communities are being duped.
This corruption also has a ripple effect as it tends to breakdown the fabric of community unity with some community members benefitting and others not getting anything.
Had the whole US$10 000 gone to the community, then I am sure everyone would have received seed funding for their market gardens.
This is the sad reality that most journalists do not want to bring out as they have been benefitting as well from NGOs.
They are called to these high level workshops and given a lot of sitting allowances and hence it is difficult for them to bite the hand that feeds them.
One then wonders who is paying their salaries?
Maybe it is the donor hence they are not so free after all.
I will read state owned and private patriotic media any day of the week because I know I will get a balanced argument.
The moment we start penetrating the sphere of donors and NGOs some become silent like church mice.
This is not patriotism in their case, but a true lack of media freedom because you have been bought by the highest media.
Come on, do your investigative journalism.
Maybe you can email me and I will show you the right direction.
Some NGOs are sitting on what they call savings of close to a million dollars; one wonders what they were saving from and for whose benefit such monies are meant.
Let us name and shame and expose all acts of corruptions.
Civil society, please be more transparent.
For once do the right thing and make the communities benefit and not your fat pockets.