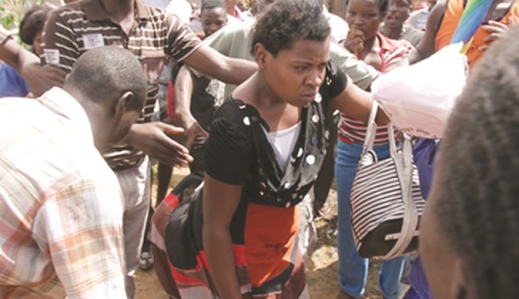 THE past few weeks the media has been dominated by a story of the so-called ‘cheat and brag wife’ and her subsequent murder.
This is a sad death that took place in Gweru. Netsai Ncube (48) from the Department of Agriculture, Livestock and Wildlife Management at the Midlands State University died in hospital after her husband, Fred Nyamhanga Shavi (63), an education inspector with the Ministry of Primary and Secondary Education, viciously stabbed her at the couple’s house in South Downs Suburb in Gweru.
I, however, have a lot of reservations around how the story has been cast and what seems to be the blame game that is being done with the heavy burden on the victim herself, Netsai (God rest her soul).
To date I have counted about seven news headlines with the same undertone. Some of the culprits were: The Southern Daily, The Chronicle, Mbuya Nehanda, Africa News Desk.
The phrase was put in quotes and sent a lot of shivers down my spine.
I believe that aside from the lack of creativity and mere copy and paste done by these journalists, the headlines were eye-catching for the wrong reasons.
There did not seem to be any remorse in any of the reportage that a life was actually lost. Apart from lack of remorse, the wife’s adultery took centre stage, which for many then meant she deserved to die.
One only need go to the sites of these different scribes to see just how much negative attention this poor woman received. I do not in any way justify her actions of revenging, but would it not have been a better headline to state ‘Revenge Cheating Costs Life’ (The Herald) or better yet, ‘Cheating husband murders wife after revenge affair’.
Our society, sadly, tends to blame the woman for any wrong in society. In this case if we really are to look at the facts of the case we will discover some of the horrid things that possibly happened to this woman.
Yes she did cheat, and we do not know whether she bragged or just informed her husband that she was seeing someone. We will never know. Maybe she even wanted to leave the relationship and was murdered for this.
Only the husband knows. The facts in the news also indicated that a source close to the couple said Shavi once had sex with a girlfriend while his wife watched.
“Their marriage was on the rocks. Shavi brought a girlfriend home and had sex with her while the wife watched. The wife sought revenge by also having an extramarital affair and she told her husband about it. This must have angered Shavi,” reported the Southern Daily.
Well, if what the source is sayingit is true, why then did Shavi feel that it was his duty on earth to make the so-called wrong which he himself committed against his wife at one point in time, right?
If I had been the late Mrs Shavi, I probably would have been really traumatised by such an act. For those who do not know, there are domestic violence cases were the husband can actually force the wife to watch an act of sexual intercourse with another woman. It is also embarrassing that a fellow woman can cause harm to another by being party to such a heinous traumatic act.
Just close your eyes and imagine right now how you would feel if ever your spouse, or partner, forced you to watch him/her being intimate with another person? It would drive me up the wall. Her revenge probably feels justified in this case.
What is even more worrying is how our society continues to condone and normalise male infidelity.
For years it has been condoned and normalised and we now even have the ‘small house’ being very popular and a symbol of acceptance that men cheat. Now, the same men unfortunately believe that they should not be cheated on because that is what they are taught by society.
They then fail to cope in the light of their spouses’ infedility even if they themselves’ have cheated. In this case, an innocent life was lost and I know that there was the subsequent suicide of the alleged lover, who, probably due to guilt, did not feel worthy to live since Netsai had been murdered.
Maybe what people also need to realise is that every time that someone loses life, a family is destroyed. Someone, in this case, lost a mother, a child, a mentor, an aunt.
Let society learn to deal with root causes as they have a way of biting us. To the unprofessional and insensitive reporters, I urge them to do their job by reporting and tackling the facts and underlying issues.
Who knows, tomorrow it could be them.