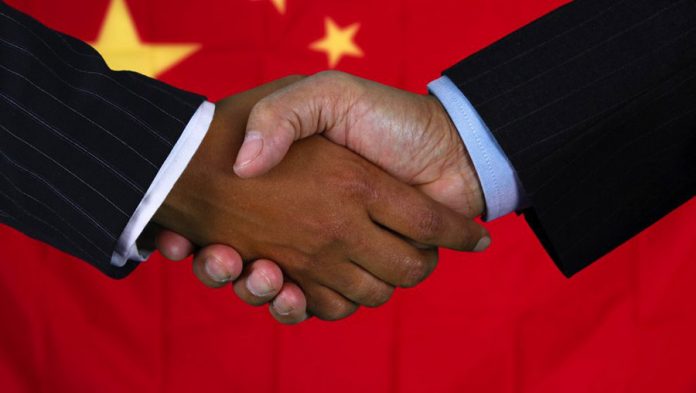 LOOKING at the current economic and propaganda war initiated by US President Donald Trump against technology giant Huawei, in particular, and against the Chinese economy, in general, one is reminded of the 1950s panic in US ruling circles when the former Soviet Union demonstrated its space technology by launching Sputnik into outer space.

That launch was followed by the race to put humans on the moon.

The difference, this time, is that Huawei is already intertwined in complex business relationships with many Western technology companies, of which some are North-American.

Those complex and complicated relationships have been well-covered by many ICT experts already.

My interest in this instalment is to provide the ideological background to the economic war instigated by the Trump administration, pointing out that the war is consistent with right-wing Cold War values of anti-communism and anti-socialism.

The fact that Trump has been able to get away with his bizarre attacks on Huawei, despite pleas from US companies benefitting from their relations with that company, means that there is a significant constituency who still believe the anti-communist myths of the Cold War era which taught North American children that the Chinese and Russian economies would never get anywhere, let alone get ahead of the US, in any field, because their systems were guaranteed to fail.This view of communism and socialism was taught, not just to North American children but also, to leaders and any peoples of the South who cared to listen.

When I was in Philadelphia, US, I was surprised to see in The Philadelphia Inquirer of May 12 1979 a column by one Patrick J. Buchanan which was entitled ‘Mission for Connally?  It’s Time Someone Talked Tough to Third World leaders’.

The idea was that the then US President Jimmy Carter was too soft on ‘Third World’ leaders who were becoming more and more vocal against US foreign policy toward apartheid South Africa, Israel and Palestine, Rhodesia and even on the dispute between Mainland China and Taiwan.

A conference of 159 Non-Aligned Movement nations was about to start in Manila, capital of the Philippines.

“Rather than dispatch the usual kowtowing apologist, why does not Jimmy Carter ring up Big John Connally (red-neck and bully) and tell him that this year the US has a different message and would he — an economic nationalist — be kind enough to fly to Manila to deliver it.”

The columnist then provided the draft speech which Connally could deliver to these ‘Third World’ leaders.

“At the President’s request, I have come to deliver a message.

For openers, your poverty is not our fault.

The US never had any colonies in Asia, Africa or Latin America — and we don’t owe you a nickel (meaning five cents).

Yet, for years, our people have generously poured tens of billions of dollars into your countries and seen little in the way of development and less in the way of gratitude.

So, we have decided to close down the soup kitchen.

If you want any more hard currency, free of charge or in low-interest loans, go get it from the bandits of OPEC you applaud or from the Soviet and Chinese comrades with whom you vote in the UN.”

Then Buchanan moved to what he called a simple lesson in economics and economic history which demonstrated why those who followed the capitalist path would succeed and prosper and why those who refused would forever sit, “…in the mud eating anti-capitalist rhetoric for the next hundred years.”

So, China, the Soviet Union and all those leaders from the South who agreed with them were going to sit in the mud, eating anti-capitalist rhetoric for another 100 years from 1979!

“The two major causes of malnutrition in the Third World are the governments of the Soviet Union and the People’s Republic of China.  Were they not wedded to unworkable systems of agriculture, they would be regular exporters of food and grain as Russia was under Czars,” Buchanan concluded.

The meaning of this article is easy for the reader to understand.

Nothing good was to be expected from the Soviet Union and the People’s Republic of China.

The popularity of their foreign policies toward the nations of the South could be explained by alleging that all ‘Third World’ leaders were just stupid.

They did not know what was in their interest or in the interest of their people.

But, put in perspective, the new China dates back only to 1949, after the communists defeated Japanese occupation forces, Western proxies and mercenaries.

At any rate, given this kind of propaganda, it is easy to understand how Trump can still convince large numbers of US citizens that the Chinese economy can challenge the US economy on the global stage only if the Chinese have cheated their way to the front.

This was not supposed to happen.

White reactionaries teach that the Czars who ruled Russia before the Soviet Union were better for Russia than later leaders as P.W.Botha and apartheid were said to be better for South Africa than Cyril Ramaphosa and Ian Smith was better for Zimbabwe than Robert Mugabe or Emmerson Mnangagwa.

Yet it is not just propagandists who praise the Chinese approach to Africa.

For instance, Zambian-born Dambisa Moyo wrote a book called Dead Aid: Why Aid Is Not Working, and Why There is Another Way Forward.

In that book, the author explained why economic relations between Africa and China should be preferred over relations with Western allies.

The West has crafted a complex and insidious aid regime since 1945 and that system is clearly part of the problem, not the solution, for Africa.

It is the key contributor to corruption.

The Chinese promote mutual trade and most of their investment goes into solid long-term infrastructural projects which lay the foundation for improved production and trade for the long-term.

In the case of Zimbabwe, the British sharply reduced their stakes in the Zimbabwe economy when they imposed sanctions on this country; together with the US and the EU.

The Chinese saw a big opportunity and came in, in a big way.

Even if those sanctions are lifted tomorrow and relations restored, there is no way the British and the rest of the West can regain the position they had before 2002.

As for the US, the future is full of many unpredictable challenges.

Yet when Buchanan wrote his column, mocking China, Russia and the entire South, anti-communist propaganda and prejudice prevented him from imagining a different future.  Prejudice made it impossible to imagine that in 40 years time, the biggest quarrel between the US and China would no longer be over AK47 rifles donated to ‘Third World’ guerillas, but over high technology inventions, their global market and cyber security implications.

He could not imagine a future Huawei.

Yet, a little less prejudice would have made it possible for him to see.

The decline of empires is not that hard to imagine.

Trump is presiding over such a slow but steady decline whose defining terms are now economic and technological.