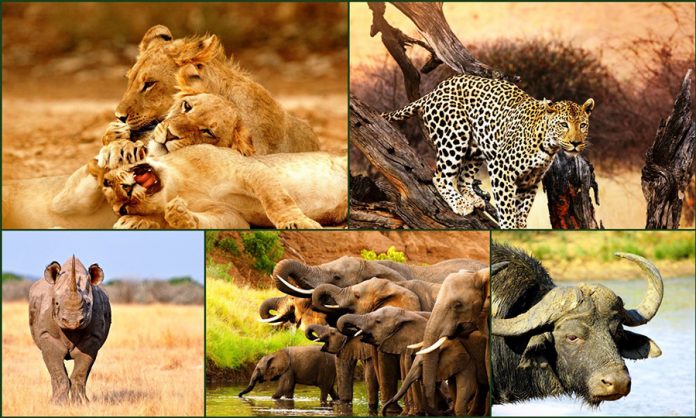 As you know, international travel bans linked to COVID-19 have severely reduced tourist visits to our region.

But are you also aware that some wildlife management staff and rangers have had to replace the tourist funds lost with new sources of money to meet their salaries outside official procedures?

When these extra sources dry up, wildlife protection will inevitably begin to crumble. That will allow the international poaching syndicates to increase their raids into our national parks and continue to decimate our wildlife.

This doesn’t paint a bright future for wildlife conservation or the well-being of citizens living in wildlife areas.

The fewer benefits these people receive from wildlife, the less protection they are willing to accord it. Diminished benefits from wildlife, along with the increased pain of poverty, sadly and predictably, force them to collaborate with poachers.

The SADC nations cannot afford to endanger the inter-dependence of tourism, wildlife and people.

Clearly, an alternative funding mechanism to support the conservation of wildlife and pay the salaries of wildlife managers, including rangers, is urgently needed.

The funding source to accomplish this goal is both obvious and appropriate.

Please take the lead in unlocking international trade in ivory and rhino horns now in stockpiles under the control of your governments.

The SADC nations can start trading both of these commodities, worth billions, within months of your directing that it be done.

Sadly, the Western animal rights groups will oppose this. Such a Presidential directive will rob them of the control of Africa’s wildlife they have long sought.

They controlled African wildlife in colonial days and they continue to try to exercise that control again.

Having power over African wildlife helps them raise money in the West for their organisations.

Notably, just seven of the largest US animal rights organisations raised more than three-quarters of a billion US dollars in 2020.

Sums like that, when doled out to Africans trying to feed their families in the face of shrinking wildlife budgets, buy a lot of obedience to their wishes.

And what are those wishes?

They want all trade in wildlife to stop. They want to use the money they raise in the West to give themselves bigger salaries and fancy privileges to maintain a worldwide ban on international trade in African elephant ivory and rhino horns.

They believe trade encourages poachers; but the reality is just the opposite.

Trade brings profits and taxes to pay for personnel and technology to care for the wild plants and animals in ways that will sustain their habitats for the foreseeable future.

Wildlife-based taxes, fees and profits allow Africa to manage its wildlife for the benefit of its people, not to assuage the misguided consciences of Westerners living in New York, London, Paris, Ottawa and elsewhere.

Most of all, these outsiders ignore the fact that the wild animals in the SADC region are overcrowded in national parks and preserves. Overcrowding and climate change have caused all of our wild animals to suffer from hunger and thirst. International trade will relieve this pressure by promoting better conservation policies and balance the wild species to exist as nature intended in the space available.

As you well know, the people of Africa have a sovereign right to earn from their abundant ivory and rhino horn stockpiles.

Your Excellencies, we urge you to act swiftly, decisively and publicly now against the eco-colonial dictatorship the Western animal rights groups want to permanently impose on us.

Take the profit out of poaching.

A consistent supply of ivory tusks and rhino horns, now in storage, will stabilise prices on the international markets.

It will bring demand in line with available supply and effectively put the poachers out of the wildlife business. They thrive on uncertainty and they are rewarded for the risks they take.

Do away with illegal ivory and rhino horn trade and you will do away with poaching and its black markets.

There are 13 months left before the next CITES meeting in Panama.

Between now and November 2022, we hope that you will take the lead in committing to some dramatic changes to alter the trajectory of conservation in Africa:

Surely the time for action is now.