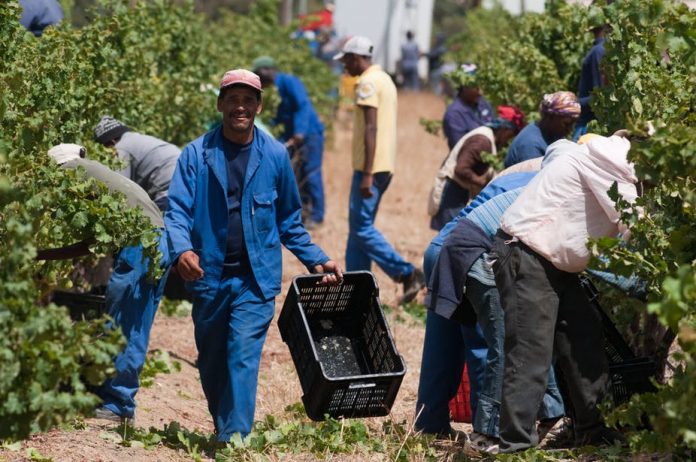 IN the last instalment I referred to Martin Kimani’s article in the Africa Report titled ‘The Revolution Will Not Come by Power Point,’ in which the author tried to get his readers to ask whose power actually occupies the tip of Power Point.

Recently there were three more articles which appear to underline and to widen the same issue raised by Kimani:  That if we were to accept feminist philosopher Mary Daly’s cry that “… our struggle and quest concern Elemental participation in Be-ing,” then most mediation sponsored or owned by neoliberal capitalism should be seen at nest as a diversion/distraction and at worst as a deadly trap for would-be revolutionaries.

The three recent articles include:

λ Russell Rickford’s ‘The pitfalls of African consciousness,’ being a critique of Beyonce’s Disney-funded combination of music video and movie called Black is King. The article was published by Black Perspectives.

λ The Times Live story of Bokang Montjane-Thsabalala’s criticism of TV shows created for Africans which was titled ‘Shows created for black people stupid, pathetic,’ and republished in Zimbabwe in The Daily News on September 26 2020.

Let me begin with the last story, Mbuyiseni’s Ndlozi’s criticism of South African’s celebrations of Heritage Day from the point of view of the African majority.

These celebrations or commemorations are paradoxical in that they show the white-dominated South African media’s happy commodification of stereotypes of the cultures of African nationalities as moulded and defined by apartheid; and they all miss the one fundamental truth that land was and is the elemental foundation for freedom of expression and heritage.

That land was stolen and lost to most Africans by 1913 and most of it has not been redeemed. So, Heritage Day becomes a commemoration of the African majority’s marginality inside an essentially white minority economy.

In that capitalist economy, racist domination has morphed into class domination founded on race and the racial distribution of land. The emergence of a small African middle class in that economy has not changed the foundations and the basic law of ownership.

The myriad of nationalities, African and other, celebrate their marginal existence as enclaves of the white minority economy  in South Africa reinforced by Europe and North America.

Instead of foregrounding land as heritage, the celebrations, as mediated, are meant to make people forget the land issue as central to real meaningful heritage precisely because of that marginal African majority existence.  The bulk of the TV shows intended for the mediated African elites have also been dismissed by Bokang Montjane-Tshabalala as ‘stupid and pathetic.’ This is because the ‘success’ of these shows-just like the success of the ‘superior’ education institutions I described in the last installment  depends mainly on marketing and advertising through the capitalist media. The success depends on the willingness of big capital such as Disney, to be associated with the ‘African’ images.

Botang was cited as saying: “The shows created for our black people are so stupid and make us look so pathetic. I wish people understood how orchestrated all this is:  to keep the black child prisoner, to never broaden their horizon nor inspire them to be great at anything.”

Defenders of these shows against Tshabalala’s critique hit back by claiming that they are merely depicting ‘the uncomfortable truth’ of African society in South Africa.

This answer misses the point of critics such as Tshabalala.

The ‘uncomfortable truth’ may be the reality of the apartheid legacy, the apartheid damaged society at its worst; but there is a difference between showing that as the way things are and the way things will always be, on one hand, and on the other, showing the reality of deadly struggles going on all over the world to get out of that situation, get out that marginal existence.

The struggle for land/space as the elemental foundation for freedom of expression is not dead and is not limited to South Africa alone.

But it is not part of the programme for Heritage Day because capital, through its domination of media, cannot accommo-

“Beyonce’s Black is King cannot be dismissed as stupid and pathetic partly because it is created by a highly conscious and highly creative African-American musician propelled by a real desire to affirm African dignity.  As Rickford wrote in his review:

“Black is King rebukes those tattered, colonialist tropes [of African danger, disease and degeneration] while evoking the spirit of Pan-African unity.  It falls short, however, as a portrait of popular liberation.  In a sense, the picture is a sophisticated work of political deception.  Its aesthetic of African majesty [and royalty] seems especially emancipatory in a time of coronavirus, murderous cops, and vulgar black death.”

But Black is King shares something in common with the South African shows condemned by Tshabalala.  It fosters escape through depictions of legendary African royalty, majesty, dignity and opulence in order to counter the white stereotypes of Africa obsessed with brutality, ignorance, danger, disease and degeneration. But the royalty, majesty, wisdom and opulence of legendary African kings and queens even if historically true and correct cannot be the basis for Pan-African liberation now.  The model of African liberation is mass-based and a product of popular conscientisation via the pungwe which white capital and Disney cannot sponsor.

The South African shows on the other hand are fostering escape by creating entertaining spectacles of African poverty, apathy and social fragmentation.

Both approaches are clever ways of avoiding Chimurenga and its focus on the redemption of African land/space as the elemental foundation for African expression, identity and dignity.

The challenge of mass media owned by neoliberal capital For Africans in Africa and the Diaspora, the problem of over-mediation via mass media controlled by capitalism is the tendency to confuse a temporary spectacular appeal with organic socio-political resonance.

This confusion explains why movements such as Black Lives Matter may not actually deliver the fundamental changes the participants really want.  In this sense, our misreading of such movements are similar to misreadings of Tahir Square, the Arab Spring, and the so-called Pro-Democracy Movement in Hong-Kong which ironically was well-funded and supported by the administration of US President Donald Trump.  Social media were supposed to guarantee the success of these ‘revolutions’.

The belief that a new communication technology and its resulting aesthetic will deliver revolution is well promoted by capitalist media and it is attractive.

Yet at the turn of the new millennium the world was promised on a global scale that somehow the new technologies contained a predetermined moral imperative which was bound to unite peoples across cultures and ideologies and, therefore foster global harmony and peace.

According to Mark Slouka (1994), the revolution of the new millennium was launched at the White House in Washington DC by the then Vice President of the United States of America, Al Gore, who was one of the leading digirati of the world, in January 1994.

(The Vice President) traded his politician’s shovel for a modem and symbolically broke ground on the new data highway:  he held the first interactive computer news conference…The glitches were minor, the VP was able to “preach the techno gospel” to “the electronic supplicants trooping into the White House,” as Peter Lewis of the New York Times put it….

But what was even more significant is Slouka’s paraphrase of Al Gore’s speech which echoed the mood of the cyberati at the time, who were saying:

that universal access to information would empower the weak and hamstring the tyrants of the world; that, thanks to the wonders of digital communication, the meek would finally inherit the earth. “Blessed are the poor in data, for they shall have universal service… … The data highway, we were told, marked the dawn of a new day for humankind; it was a wonder, “a “miracle,) sure to “elevate the human spirit and lead to the solution of social problems”… “it would promote economic growth, foster democracy, and “link the people of the world, “ bathing us all, willy nilly … .. in the warm milk of human kindness.  One world, one love.

After the January speech in Washington DC, the former US Vice President took his message to Buenos Aires, Argentina, in March 1994, where he repeated a similar theme, saying:

We now have at hand the technological breakthroughs and economic means to bring all the communities of the world together. We now can at last create a planetary information network that transmits messages and images with the speed of light from the largest city to the smallest village on every continent.

In his book called Four Arguments for the Elimination of Television, Jerry Mander describes the dead-end consequences of applying this theory in a real society.

The first problem it creates is that the activists begin to lose sleep over media tactics and media appearance rather than over the real-life situation facing the people.  Before violence broke out in Egypt on 2 February 2011, most observers wondered what the crowds would do next.  They could not stand in the square forever.

When the people were concerned about the effects of illegal sanctions on the streets, in the shops, on the farms and at all growth points around Zimbabwe, MDC-T was concerned about announcing a big incident or decision which would cause the whole country and the entire SADC leadership to pay attention to Morgan Tsvangira.  So, the so-called ‘disengagement’ from the inclusive government began with a press conference in Harare around October 18-19 2009, escalated to a boycott of the burial of national hero Cde Misheck Chando, and finally ended with another press conference called by Tsvangirai to end the disengagement in Maputo on November 5 2009! These were media stunts.

“It was clear that as [activist] life increasingly moved away from the streets, community centres and market places, one message on television even just thirty seconds was worth more than a thousand hours of organizing or whistle – stop political touring or hundreds of newspaper advertisements.”

Not only was work on the streets and on the farms hard and boring, but even within the media, certain platforms were discounted because their impact was considered slow and lacking in glamour.  The latest sensations are Twitter and Facebook.

The Western activists, and even the artists, failed to notice that television was not just changing “public opinion,” apparently in their favour; it was also changing them.

“All competing factions shared the idea that if they could gain access to it, television could communicate their message as well as any other, that television technology was only a neutral instrument.  Intent on changing other people’s minds, they did not consider that television might change those who use it.” The protestors in Cairo, Egypt like those in Hong Kong, the US and South Africa all became products of TV and not just its users.

As Martin Kimani implied in his article on Power Point, once presenters take Power Point literally, they feel helpless if they find themselves facing an audience without Power Point.