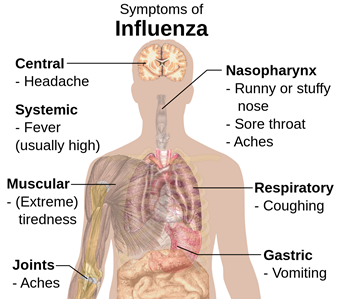 A WEEKLY report by the Ministry of Health and Child Care (MoHCC) highlighted a total of 8 908 influenza cases reported this week countrywide.
The collective figure for influenza patients was pegged at 160 044.
With the winter season gaining momentum it is important to keep warm.
“The influenza virus causes between 250 000 and 500 000 deaths every year around the world,” the report by the World Health Organisation (WHO) said.
According to WHO, five to 15 percent of the population are diagnosed yearly with upper respiratory tract infections and thousands are lost to the virus.
Influenza is caused by a virus that attacks mainly the upper respiratory tract – the nose, throat and bronchi and rarely also the lungs.
The infection usually lasts for about a week.
“It is characterised by sudden onset of high fever, myalgia, headache and severe malaise, non-productive cough, sore throat, and rhinitis,”reveals the document.
Most people recover within one to two weeks without requiring any medical treatment.
In the very young, the elderly and people suffering from medical conditions such as lung diseases, diabetes, cancer, kidney or heart problems, influenza poses a serious risk.
In these people, the infection may lead to severe complications of underlying diseases, pneumonia and death.
One of the hallmarks of winter is this increase in the incidence of respiratory tract infections.
Most of the diseases are viral, but some are bacterial – primarily complications of viral infections.
WHO has given guidelines on how to prevent the menacing effects of these winter plagues.
Colds: They can be prevented by washing hands regularly as this destroys bugs that one might have picked up from touching surfaces used by other people, such as light switches and door handles.
It is also important to keep the house and any household items, such as cups, glasses and towels, clean, especially if someone in the house is ill.
Perhaps one gets a cold; it is advisable to use disposable tissues instead of cloth handkerchiefs as a way of avoiding constantly re-infecting the hands.
Sore throats: They are common in winter and are almost always caused by viral infections.
There is some evidence that changes in temperature, such as going from a warm, centrally heated room to the icy outdoors, can also affect the throat.
Top tip: One quick and easy remedy for a sore throat is to gargle with warm salty water.
It will not heal the infection, but it has anti-inflammatory properties and can have a soothing effect.
Dissolve one teaspoon of salt in a glass of part-cooled boiled water.
Asthma: Cold air is a major trigger of asthma symptoms, such as wheezing and shortness of breath.
People with asthma should be especially careful in winter and it is advisable for them to stay indoors on very cold, windy days.
Norovirus: Also known as the winter vomiting bug, it is extremely infectious.
It can strike all year round, but is more common in winter and in places such as hotels and schools.
When people are ill with vomiting and diarrhoea, it’s important to drink plenty of fluids to prevent dehydration.
By drinking oral rehydration fluids (available from pharmacies), one can reduce the risks of dehydration.
Heart Attacks: They are more common in winter.
This may be because cold snaps increase blood pressure and put more strain on the heart.
The heart also has to work harder to maintain body heat when it is cold.
Cold hands: Raynaud’s phenomenon is a common condition that makes fingers and toes change colour and become very painful in cold weather.
Fingers can go white, then blue, then red and throb and tingle.
It is a sign of poor circulation in the small blood vessels of the hands and feet.
Wearing warm gloves, socks and shoes when going out in cold weather prevents such cases.