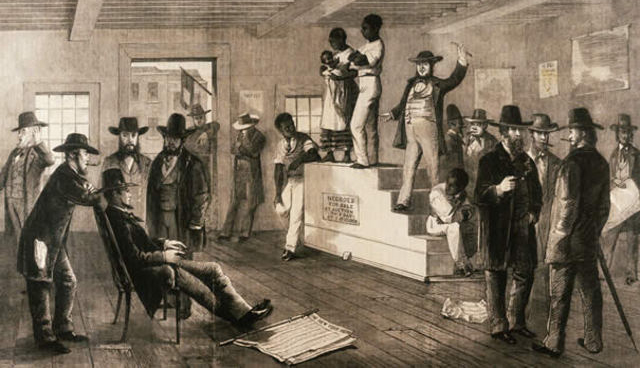 THIS series invokes black people’s ‘self-evident’ right to a point of view ‘not prescribed’ by USAID to Africa but personal lived experience.

It is not a position of wishful thinking but one enshrined in the UN Universal Human Rights Charter of 1948.

The preamble states that ‘all men’ are born equal.

‘All men’ is used as a metonym inclusive of ‘wo-men’ and the literal meaning of ‘Universal’ Human Rights is assumed to be all inclusive and blind to skin colour.

It has already been established that from Zimbabwe’s independence in 1980 right to date, a total of 15 US ambassadors have been accredited to Zimbabwe, of which seven have been black and indistinguishable from the majority indigenous black population.

The first to be deployed was J. Steven Rhodes who was born in New Orleans, Louisiana, on September 29 1951 some 140 years after the 1811 Louisiana Slave Revolt considered to have been the biggest black slave revolt in American history.

The black slaves had armed and tried to free themselves and the result had been catastrophic.

It rivalled Liverpool in the UK.

The ‘people’s right to bear arms’ for self-protection and the preservation of their liberties had been adopted as part of the Bill of Rights in the 1791 Second Amendment to the US Constitution.

The had apparently put the constitutional commitment to the test and the emphatic confirmation had been that ‘the people’s right to bear arms’ excluded black people.

In 1948, the UN Human Universal Human Rights Charter (preamble) would (in different words) make the people’s right to bear arms against tyranny a universal right:

“Whereas it is essential, if man is not to be compelled to have recourse, as a last resort, to rebellion against tyranny and oppression, that human rights should be protected by the rule of law.”

In this respect, the US supported the adoption of Apartheid as official South African Government policy after the Second World War.

The US proceeded to pass the 1971 Byrd Amendment to circumvent the UN trade embargo against Rhodesia.

The amendment allowed the US to buy Rhodesian chrome in a manner ‘surreptitiously’ meant to sustain the Rhodesian tyranny against black people.

The proponent was none other than Senator Harry F. Byrd Jr of Virginia, with its strong background of slavery and racism against black people.

The US further allowed Rhodesia to open and run a home office on American soil.

And it was the office that was used to recruit white American mercenaries into the ranks of the Rhodesian army.

Again, the US maintained arms deals with apartheid South Africa to support the Rhodesian war effort.

As already established, Ambassador Steven Rhodes’ tenure, beginning on March 8 1990, coincided with the expiry of the Lancaster House Constitution and the beginning of the legislative processes to amend the Constitution for the purpose of redressing racial disparities in land ownership.

The mention (in Wikipedia) of him being once an assistant Professor in the Negotiation, Conflict Resolution and Peace Building Department at California Sate University, to Dominguez Hills, seemed to bode well with the plans of colonial redress on the ground.

On the surface of it, one would be inclined to think that the black generational survivor of one of the most traumatic recorded abuses of man by man, had been deployed to black Africa on the strength of his capacity to understand; his capacity to empathise specifically informed by his own generational race history.

Ambassador Rhodes could even join a group of war veterans agitating for pay-outs and get away with it if he kept his mouth shut.

He could pass for any one of them and easily relate to the horrors that had led them to an armed liberation struggle to which, on a universal scale, the 1811 Louisiana Slave Revolt could be considered an important precedent.

Yet contrary to expectation, his deployment came to mark the toxic relationship the US has had with Zimbabwe and it is a trend that has continued to date.

The next black US ambassador to be deployed to Zimbabwe was Edward G. Lanpher, born on December 8 1942 in Richmond Virginia.

He attended the Burgundy Farm Country Day School which had become the first school in the Commonwealth of Virginia to racially integrate when a black woman called Camay Calloway Murphy got a teaching post at the school in the early 1950s.

She became one of the first African-Americans to teach at a white school.

Such was the deep-rootedness of racism in the much-hyped ‘Free World’.

After the 1776 declaration that the equality of all human beings was self-evident, it had taken almost 200 years for black children to experience even the pretence of it.

It is important to note that before codification into law, slavery had just been a primitive practice of racial hate.

In that respect, it is Virginian law that made the practice clinical.

Under that law, any free person (meaning white) had the right to own slaves and, people who were black were classified as slaves and could be treated like personal property or chattels.

A child was born a slave if the mother was a slave and, black people were slaves.

It is this codification of slavery into law that freed the conscience of those in doubt to the extent that by 1850, the US had become the biggest slave-holding nation on the planet.

Worst of all, the law protected white criminals and psychopaths.

White people could rape black women with impunity and the same law gave slaveholders permission to punish enslaved people without fear of being prosecuted even if the victim slaves died as a result.

The foregoing history literally flowed in Edward G. Lanpher’s veins to the extent that his black Zimbabwean hosts can, today, be forgiven for having expected the Virginian experience to form the cultural superstructure of his imagination.

It would be normal to expect the possible generational trauma to have translated to a reflexive revulsion against similar treatment of the US Ambassador’s black kith and kin anywhere on the planet.

One would expect US Ambassador Edward G. Lanpher to recoil from the gruesome images of Nyadzonia and Freedom Camp massacres and not be an accomplice to the policies of racial hate the US Government was about to perpetrate on the host black nation.

US Ambassador Lanpher still became an accomplice in crimes of race hate against his own black brethren.

To that extent, this series can be viewed as a most saddening case study of self-hate.