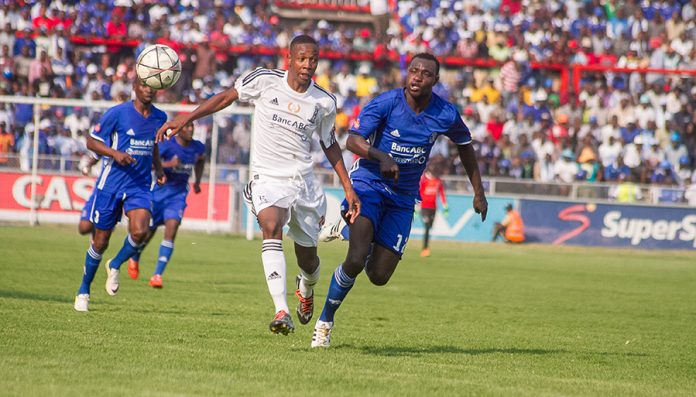 THERE has been a lot of activity in the premier soccer league transfer market.
Some teams are busy signing on new players while others seem to be content with looking in-house for stars who will carry the clubs to the championship.
The country’s oldest clubs, Highlanders and Dynamos, off-loaded a number of ‘old’ players, preferring budding ones nurtured in their developmental sides.
For several years, big teams have been recycling players with juniors not getting the opportunity to graduate into the senior ranks.
The recycling of players has had a negative impact on local football’s competitiveness.
Players from relegated teams would always find their way back into the premiere league as clubs seemed to only want the already established at the expense of new talent.
However, the move by Highlanders and Dynamos is a positive start which should be emulated by other teams.
The two teams have given us an opportunity to witness some exciting ‘kids’ in the top flight.
Bosso off-loaded the likes of Eric Mudzingwa, Simon Munava, Tendai Ngulube and Ralph Matema, among others. Mudzingwa and Munawa had served the club for more than five seasons, making the core of the team.
Munawa had a different role last season where he played in an attacking position and scored a number of goals. He used to be a holding midfielder in the other seasons.
Mudzingwa had been a pillar in defence, capable of playing the anchorman role.
However, the Madinda Ndlovu-led technical team believes more in the young and had no plans for the veterans.
Mudzingwa has been training at Bulawayo City while Munawa is at Chicken Inn hoping for a possible move to the Gamecocks.
The Highlanders crop of the late 1990s that featured the Ndlovu siblings — Peter, the late Adam and the current coach Madinda — Benjamin Nkonjera and Mercedes Sibanda who made Bosso a force to reckon with were a youthful side.
And presently Madinda has assembled a youthful side to restore yesteryear glory.
Bosso have, in recent seasons, changed coaches but a positive result has not been forthcoming and an overhaul of the team is expected to pay dividends.
They have promoted players who excelled in the junior teams.
The new Dynamos now has the young Kudzai Dhemere who made headlines in the Commander ZNA Charities Shield where he scored important goals.
The teenage sensation has been a revelation and is expected to be a thorn that will give defenders discomfort and a torrid time.
The ZNA Charities Shield final pitting Dynamos and Highlanders was a highlight of what the young lads have to offer.
Meanwhile, the Harare giants signed Raphael Manuvire from ZPC Kariba.
The Chegutu-bred midfielder turned down an offer from Triangle to join the Glamour Boys as a direct replacement of the wayward Denver Mukamba whose off-field behaviour coach Lloyd Mutasa can no longer stomach.
Jimmy Tigere joined DeMbare from Harare City while James Marufu also moved to Rufaro from FC Platinum.
And Blessing Moyo has rejoined DeMbare from South Africa.
Nomadic Roderick Mutuma is on the move again.
He turned out for Highlanders and Yadah last season.
This season, the former Dynamos striker has rejoined CAPS United.
CAPS United’s Phineas Bhamusi has left the capital for the Lowveld, joining the Sugar Sugar Boys, Triangle FC.
Triangle FC coach Taurai Mangwiro lured the speedy winger to Gibbo, having worked with him at Harare City.
The Green machine have been active on the transfer market as they continue to work towards re-building the team.
After clinching the 2016 title and participating in the African safari, the team lost some of its key players.
So far, the Green Machine have signed Brian Muzondiwa from FC Platinum as a direct replacement for Dominic Chungwa who joined the Great Trek to South Africa.
Ronald Chitiyo returned from Tunisia after terminating the contract as the club he joined was under sanction not to buy any player.
Chitiyo’s return adds more options for coach Lloyd Chitembwe.
Dominic Mukandi rejoined CAPS United after being released by Ngezi Platinum.
Veteran defender Method Mwanjali has been brought into the fray to add value to United.
However, the former Mamelodi Sundowns man seems to be ageing as exposed by his lack of pace in the match against Dynamos during the ZNA charities tournament.
Similarly, FC Platinum have been active on the transfer market. Lawrence Mhlanga was signed together with Rahman Kutsanzira from Highlanders while Jameson Mukombwe, a regular at Black Rhinos, was also signed by the monied Zvishavane side with Never Tigere joining the team from ZPC Kariba.
The miners also imported Shadreck Mayembe from Zambia and Albert Eonde from Cameroon
Ngezi Platinum seem to be content with the squad that narrowly missed the premiership.
The Tonderayi Ndiraya-coached side have been inactive on the transfer market and are likely to rely on last season’s players.
With the transfer window closing on March 31, more might still happen in terms of new signings.