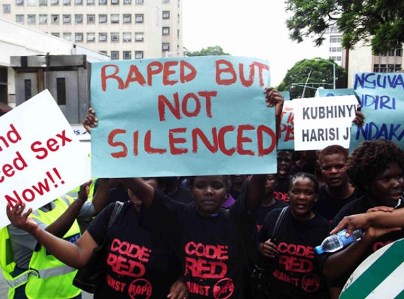 EDITOR — THERE is a worrying increase of cases of men raping girls as young as three years.
I was gutted when I read a news article that at least one girl below the age of 16 years is raped every two hours in Zimbabwe.
Yes, I read correctly, every two hours someone’s daughter, someone’s sister is being raped in this country.
The same news article highlighted 392 female juveniles were sexually abused monthly last year, translating to an average of 13 girls raped daily.
What has become of this country?
Our little girls have become prey for their own fathers and brothers.
Fear grips whenever I am parted from my daughters for any reason.
Many girls are suffering in silence as in some cases those raping them are close relatives and guardians whom they feel not compelled to report.
The girl-child looks up to them for protection as guardians, yet they rape them.
This is pure madness.
What has happened to men of this country that they are reduced to the extent of raping their own daughters, their sisters and their mothers?
They are worse than animals as these can protect their young ones.
They do not deserve to be called men.
And the law is too weak to protect the girl-child.
The jail sentence does not seem to be deterrent anymore, no wonder some were calling for these men to be castrated.
I have noted with concern that in some cases, after serving their prison terms, these rapists commit the same offence.
Government should stiffen their jail sentences from the current nine years to at least 15 years per count of rape.
If possible, they should be sentenced to life in jail, as they do not deserve to live with others in society.
In fact they must be castrated because they are a disgrace to Mother Nature.