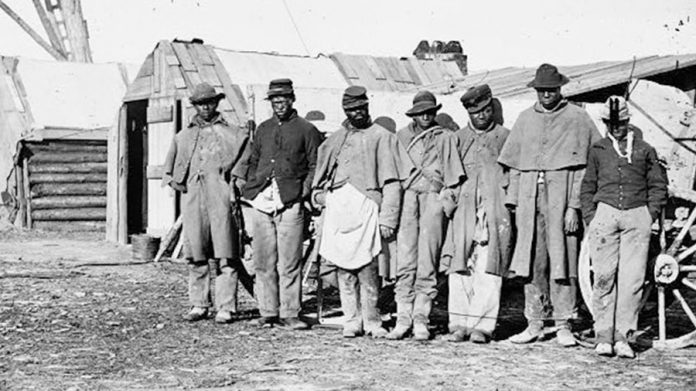 IN 1790, the growth of the cotton industry in South America was dramatic, pushing growers to come up with ways to maximise on production.

Profits for the plantation owners depended on the number of labourers they controlled.

The key to wealth for plantation owners was employing many labourers, while keeping down costs.

Losers in the King Philip and Pequot War, who were not killed or adopted, were enslaved and many were sold to the sugar and cotton plantations in the Caribbean and South America.

In the Carolinas, there was a significant and booming trade between white settlers and certain native tribes who were only too happy to make war on and capture members of other tribes to sell into slavery.

The number of Indians exported from South Carolinas was larger than that from any other colony and the numbers were, in fact, staggering.

There was also a high demand for new slaves in the Caribbean and South of America, but because the work and the working conditions were so harsh, the mortality rates were high.

The workers would last for only three-to-five years, at best.

As such, an alternative source of labour for the plantations was sought.

When the colonies were first established, the Red Indians were found to be of no use as labourers.

Whether as free paid labour or slaves, their culture made them unused to long hours of routine work and they were soon discounted.

For a long time, the plantations were worked by a mixture of white European labourers and black (African) slaves.

The Africans came as we know; while the Europeans came from the criminal element, debtors and the desperate in the Old World.

In South and Central America, the Indians, who were from an agricultural and urban civilisation, were used to labour and so were both enslaved and employed.

“But native peoples lacked genetic immunities to Old-World diseases like smallpox and malaria and suffered catastrophic mortality – over 90 percent of the native population of the Americas perished from Old-World diseases after contact,” writes Luis Angeles in a paper titled On the Causes of the African Slave Trade.

“Experiments where European contract workers were brought in failed: most white workers (and their overseers) succumbed to tropical diseases within weeks or months after arrival.”

Africans, on the other hand, possessed the required immunities.

The common understanding was that Africans were preferred over native Americans as slave labour because the Africans tended to be more resistant to the European diseases than the Native Americans.

“European diseases, to which the native Americans had not been exposed, caused mortality rates of up to 90 percent among some of the native American tribes, creating what was described by some European settlers as a ‘new Golgotha’ of wiped out native settlements,” writes Angeles.

In contrast, other populations, including the Africans, had significantly lower mortality rates when exposed to the same diseases

Europeans discovered this by the early 1500s and the Trans-Atlantic slave trade developed rapidly to fill the demand.

In the notorious triangular trade, ships departed from Bristol, Liverpool and other ports in England carrying trade goods, such as beads, cloth and guns, to West Africa, where they exchanged their goods for enslaved Africans who were then transported to the Caribbean, South America and American colonies to work on the plantations.

The vessels returned home with sugar, tobacco and cotton; the produce of the enslaved workforce. Before 1820, more than 80 percent of the people arriving in the New World were enslaved Africans.

It is estimated that 12 million enslaved Africans were transported to the Americas.

“The expanding cotton industry demanded so much labour that by 1840 it alone employed 800 000 negroes; ten years later the number had grown to 1 800 000 and by 1860 it had passed over the two million mark,” writes Oliver Ransford in the book The Slave Trade: The Story of Transatlantic Slavery.

“The value of ‘prime slaves’ increased with the demands of the cotton fields and especially after England abolished her own slave trade in 1807.

American federal legislation officially abolished the slave trade at the same time as England, but the law was feebly enforced.

An illegal traffic grew up; in addition a new emphasis was placed on producing slaves locally from ‘breeding stock.’

Virginia alone was able to export 6 000 slaves to the South each year and the ‘crop’ became vital to her economy.”

The other reason was the local population of Central and South America proved unfit for forced labour.

The death rate simply was too high, also because many preferred suicide over virtual slavery.

Suicide was common at the point of enslavement whereas African slaves who made it through the gauntlet – being captured by slave raiders, amassed in horrific

staging areas, and then taken across the sea in slave ships — were less likely to kill themselves after they arrived in the Americas.

“Natives being captured in their homelands and enslaved would often kill themselves (just as Africans were more prone to commit suicide in Africa during the initial stages of their enslavement),” writes Williams E in a paper titled Capitalism and Slavery.

“This is precisely why the Indian slave trade that did exist from the late 1600 until the early 1700s, actually sent the majority of Native slaves to the Caribbean, ironically, often in exchange for African slaves.

The same principle was at play though…when the Indians arrived in these locations where Blacks made up the majority of the population, they had nowhere to run and seek freedom.”

As such, it was difficult to get native slaves in any substantial numbers.

Native Americans were extremely familiar with their lands, could often escape from slavery or capture and had relatives as well as friends to support them after they escaped.

Proximity to their original freedom made it more difficult to enslave them.

Spain disallowed enslavement of native Americans for some years, at least in theory, and other European powers discouraged it in various ways sometimes.

“A handful of the 565 Red Indian tribes were nomadic, and they mostly lived on the western plain,” writes Williams.

“The East Coast natives lived in settled, permanent cities and villages. It was difficult to enslave them (though it was done) because culturally, death is preferred over captivity, so many captives committed suicide.

Others died from the European diseases.

Many others escaped or were rescued by their relatives.”

However, slavery was everywhere in Africa; from long before the arrival of the first Europeans to long after the Europeans had already abolished it.

“Raiding neighbouring tribes for the acquisition of slaves was a regular occurrence in tribal life and part of its economic framework,” writes Thorton J in a paper titled Africa and Africans in the making of the Atlantic World.

“In many parts of Africa, one third of its inhabitants were slaves, held by fellow Africans.

So when Europeans set up coastal trade posts and showed an interest in acquiring slaves local tribal chiefs quickly created an almost inexhaustible supply of them, making ‘easy and huge availability’ the third reason.”

There was originally no particular preference.

The custom of using Africans almost exclusively developed over time.

The African slave market was more convenient and cost-effective, compared to warring with tribes and trying to enslave a people that would either die quickly in bondage, or could escape more readily

Africans were also imported, as were white criminals from the Iberian Peninsula.

This pattern never changed until in the 19th Century when the Latin-American states gained independence and eventually slavery ended; the result of the policy is still seen in the very varied cultural and racial mix of the lower class in those countries.

In the US, the supply of white forced labour dried up with independence; henceforward all newly imported labour was black, from the Atlantic slave trade.

“Africans were in demand simply because they were used to hard work in the fields in a hot climate, and since slavery was institutional in their own land they were docile and obedient in the new one: nothing, essentially, was happening to them that did not often happen to people of their class in Africa,” writes Thorton.

“These considerations made them much sought after.

And yes, there were also European slaves ‘bond servants’ who would be purchased under a contract anywhere from 3-20 years (depending on the price paid to the indentured servant, or their agent)

African slaves were preferred, because they were slaves for life along with their children — unlike bond servants, whose children were free.

They were largely immune to European diseases, and escape or rescue was not an option for them.

Thus they made the best slaves

It was largely a matter of logistics and socio-political influences.”

African slaves, once brought to the Americas, were presumed to have slave status by the nature of their racial identity.

Thus, it was easier to maintain the perpetual slave status of blacks.

“There were few places an escaped black slave could run and hide out, and nowhere to effectively maintain this freedom for any length of time (Maroon communities in North America were always of a fleeting nature),” writes Thorton.

“Natives were being treated as sovereign nations during the colonial era, and their individual freedom was acknowledge by default.

Racial views varied, and Europeans saw Native Americans in a slightly more positive light — even as they sought to dispossess them and destroy their cultures.”

Given the mentioned reasons, blacks were condemned; they were made to suffer while plantation owners reaped the benefits.