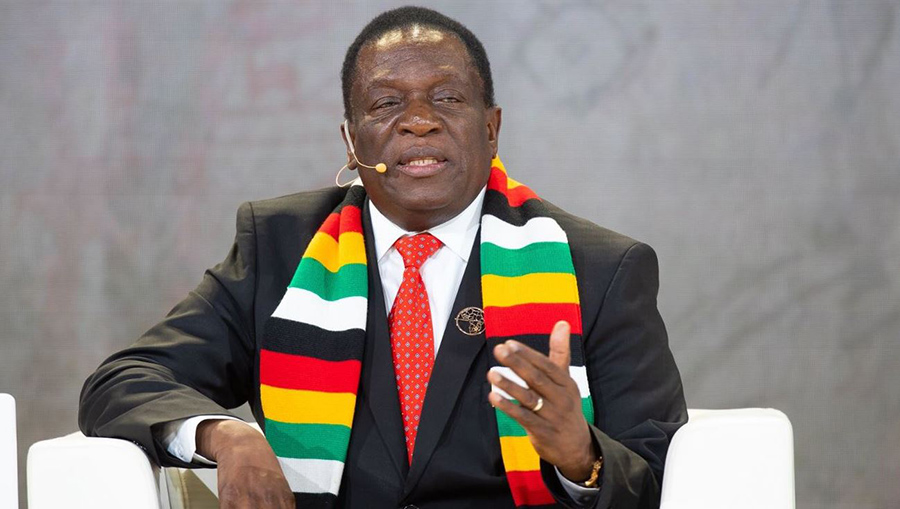 WHILE the many successes being scored by the Second Republic are a perfect riposte to all those who have had doubts about the new leadership’s resolve to turnaround the country’s economic fortunes, the opposition has yet to embrace the compelling reality that Zimbabwe is indeed on the rise.

For the umpteenth time, the opposition is at it again, this time around targeting President Emmerson Mnangagwa’s impending visit to London. They intend to heckle him and his delegation so that they can blight the trip which will tackle some unfinished colonial issues between Harare and London, as well as pave way for the establishment and revival of a number of bilateral agreements between the two nations.

Well we have a newsflash for them.

Remember those that tried to humiliate the late Minister of Foreign Affairs and International Trade, Dr Sibusiso Moyo?

Remember that some of those who were part of that malicious crew are now here with us in Zimbabwe, having suffered the ignominy of being deported for being the criminals that they were.

We leave it there for now and point to the fact that after years of trying to antagonise Zimbabwe, years of relentless abuse of its former colony, the British seem to be finally coming to their senses if the whispers that we are hearing from the corridors of power are anything to go by.

Our sources, forever reliable, are telling us there is concerted effort behind the scenes by the British to find ways of normalising relations with a Zimbabwe that has stunned all and sundry with its massive economic revival and development programmes minus external support.

We are being told that there is a distinct feeling among the British of being left behind by the Zimbabwe juggernaut hence the frenetic lobbying for a ‘reunion’ with Harare.

The British, our sources say, have told their stooges in the opposition to come to terms with the fact they are not going to win the next elections and that the opposition should start exploring the option of working with ZANU PF, which in our humble view is not going to happen.

We cannot have an opposition which chooses to be Zimbabwean when told so by outsiders but pays deaf ears to the same when encouraged by their own to do so.

We should be clear on the British overtures.

Our position is very clear.

We are not overly excited by the prospect of a possible reunion between Zimbabwe and Britain because there is nothing really to celebrate about given the role that London played in trying to paralyse Harare.

If anything, we would encourage the British to compensate us for the damage they caused to our economy from the time they waylaid the world to be part of their fight against Zimbabwe over the Land Reform and Resettlement Programme of 2000.

This was, when all is said and done, as is the case now, merely a bilateral issue between countries which could not converge on matters to do with the emotive land redistribution exercise.

We should never ever forget that and the damage they caused to our economy whose effects are still being felt up to date.

Which is why we find the looming attempts by the opposition MDC and its goons to humiliate the Zimbabwean delegation at the forthcoming visit to London in November rather disconcerting and inane.

On Saturday they tried to mobilise numbers to support their ‘demonstration’ at the United Nations Headquarters over what they claimed are ‘deteriorating’ human rights issues among other nebulous claims which fortunately did not find any takers.

While they were haranguing peace loving people with their weird claims at the UN headquarters, progressive global minds in the form of the inspirational December 12 Movement together with Zimbabweans from across the globe, were outnumbering MDC hooligans, calling for the unconditional removal of the illegal economic sanctions against Zimbabwe.

That is the power of a just cause, a fight for the emancipation of the abused people of Zimbabwe by Western hegemony.

The message will ring far and loud.

Certainly not to the MDC.

It is so shocking how they resent everything Zimbabwean.

No longer shall we continue pampering their perverted politics, caressing their wayward anti-Zimbabwe attitude with the lie that they are still steeped in student activism because the truth is that they are not.

They are mercenaries out to humiliate the country for money and trips abroad.

They want NATO forces to invade the country.

They want the economy to crumble in order for them to claim power.

All that will never happen.

If anything, they should be telling the country why they received money from an Australian company to embark on a whirlwind tour of the same country in which they say they are not allowed to campaign in order to lay siege on innocent Chinese legally conducting business.

We are aware that they received more than US$50 000 for an anti-China campaign across the country and we know that the money was looted by top MDC officials and we will be exposing them very soon.

Fadzayi Mahere, Charlton Hwende and Happymore Chidziva can shed more light on what happened with the Australian funds.

For now we warn them not to mislead their people in London to embark on lawlessness because they will surely be nabbed and they will join us here as deportees.